Like most Malaysian children of the 80s and 90s, Nizam Razak grew up with a hearty diet of Dragon Ball and Doraemon, as well as the works of Hong Kong manhua artist Tony Wong. “It started with me liking the stories, but looking back, it’s really because I like the characters.”

Fast forward a few decades, and Nizam – alongside his company Animonsta – have created an icon that Malaysian children can look up to. Boboiboy, the tale of a heroic boy who fights invading aliens and subsequently travel the galaxy as an intergalactic peacekeeper, is one of Malaysia’s greatest homegrown franchises, encapsulating two TV series, more than 300 merchandising products and two theatrical films – the latest in mid 2019 racked up over US$6.9 million (RM30 million) in the box office.

Yet it didn’t start with animation. Rather, a young Nizam in 1998 received a computer from his mother, which connected him to friends with the same interests. From there, he picked up graphic design from MMU University in Cyberjaya, spending a year on foundation studies.

Nizam began dabbling in animation then, first by learning on his own but realising quickly that its intricacies and technicality require mentors and teachers. He took a major in animation and met the people who would eventually form the superhero team of Animonsta years later. 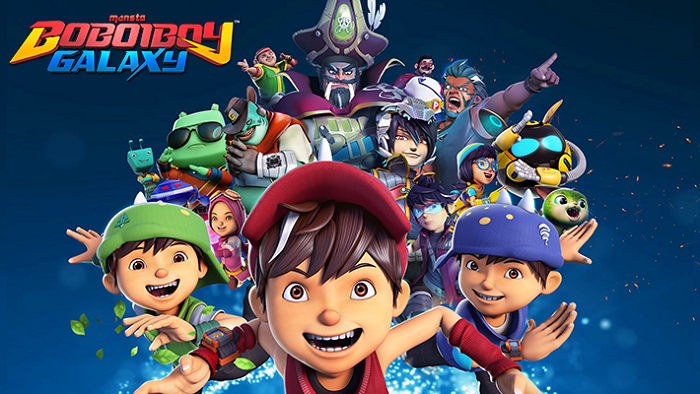 It’s also where he found his calling. For his final year project, Nizam and his classmates created an animated short called Misi Mustahak, which centres on a trio of geriatrics breaking curfew at a nursing home, Mission: Impossible-style. Watching as a whole hall of 300 students and lecturers laugh and be entertained, Nizam set himself a goal. If they could make 300 people laugh, why not 30 million people? Why not an entire nation? Why not billions worldwide?

Thinking ahead and splitting in two

One can say that he’s right on track. Boboiboy can be seen in more than 70 countries. Yet the creative entrepreneur isn’t resting on his laurels. Animonsta intends to release MechAmato, the company’s second intellectual property (IP), this time in collaboration with a Japanese toymaker.

“We’ve been working on the same IP (Boboiboy) for 10 years. What if anything happens to it? IP fatigue is a real thing – even big brands out there face this problem. We need to have more options,” he explains.

Like his own creation, Nizam has the ability to split himself to two – albeit out of necessity. He is currently pulling double duty at Animonsta – on one hand being its CEO, and on the other writing and directing content. As an artist, Nizam enjoys the works of Hayao Miyazaki. As a business person, he looks to Bill Gates, Steve Jobs and Bob Iger to get an idea of how they think.

Nizam certainly has to think ahead. The media landscape is changing rapidly, and thus far they have been able to adapt accordingly. One such way is in Nizam’s decision to upload Boboiboy episodes on YouTube, a decision that initially roused scepticism. But it was a necessary move – the series had lost a prime slot on TV. At the same time, releasing content on YouTube means Animonsta gets to decide when their episodes air.

In 2014, they began uploading promo videos and full episodes on their YouTube channel. Today, they have more than 12 channels under the Monsta YouTube Network, serving various content to 10 million subscribers across different regions.

Two to three years later, after millions of views, ad revenue from YouTube brings more revenue than what stations could pay. But even now, they had to rethink this, as starting in 2020, YouTube has changed its policy for children’s content, which blocks data collection for all viewers and resulting in lower ad revenue.

“To be honest there’s not much that we can do about it even though there’re disagreements from creators, producers and even from us. However, we have managed to adapt and set a different kind of strategy on how to fully utilise the platform even with the policy change.”

But yet another setback has surfaced. The Covid-19 pandemic has affected production, especially MechAmato. Nizam says that the initial plan was to release a MechAmato movie in late 2020 followed by an animation series, but the production over the last three months of the pandemic and the resulting movement control order (MCO) meant that they have to postpone the release of the movie and the series to 2021 instead.

There’s certainly anxiety to get production up and running. Nizam, however, is more concerned about his employees.

“Our staff are the jewels of the company and their safety and health are our number one priority. So one of the steps that we’ve taken was to create a whole new pipeline in our production and working process that enables our staffs to work from home, which is a new thing for us as a content production company,” he says.

“We’re lucky enough that most of our production works rely on computer software and, with this, all our staff members are still able to work remotely on their computers and laptops from home which are connected to our main server in the office.”

Nizam, however, no stranger to changes. Technology in animation goes through massive shifts and changes constantly, and what used to be locked off to large production companies are now available cheaper and more accessibly. This means that Animonsta has to keep a vigilant eye on tech and trends that will aid them.

Already this has paid off. Boboiboy: The Movie 2 managed to finish production in 12 months – a very short time period for an animated film – because they looked into the Redshift Rendering software and experimented early enough for them to comfortably use it for the movie, cutting down rendering time tremendously (while saving production cost).

In time, Nizam believes that new technological advancements will make animation easier and more accessible. As such, his focus is now on acquiring and retaining talent, which he considers vital.

He also emphasises in the most important thing as a creative company: storytelling. “Tech will change, but stories remain. I think of the fundamental aspects of humanity – it used to be oral storytelling and wall paintings, then television and cinema and radio. Now, you have a storytelling device in our pocket. But the good stories remain. A Thousand and One Nights is still great.

“On our part, we always focus on the fundamentals of character – of story.”

It’s the one key advice he gives when mentoring. Another advice: don’t forget that while the craft of animation is important, a creative company is ultimately a business. Business knowledge is just as important. Also, having partners that help bridge the gaps of your own limitations, just like his partners.

Nizam no longer considers Animonsta an animation production company. Rather, he calls it a “character company”, drawing inspiration from how Japanese companies see animation more as a medium, and them as producers and maintainers of characters. “That changed our perspective. Now, we look at who our characters are and what they can represent.”

Ultimately, he wants to create characters that leave a lasting impact. Just like how Doraemon helped shape him into a creator, he hopes Boboiboy and MechAmato can shape another child’s future. “The future of our country may have grown up watching what we created. It’s funny, and amazing, to think of it this way.”