THE world is grappling with serious environmental issues that affect us all. Among these are deforestation, waste management, and the depletion of non-renewable fossil fuels. While progress in tackling these issues is not where we hope it would be, one man has taken it upon himself to address these problems in his own way. Using a patented biotechnology solution, Ramaness Parasuraman, founder of Free The Seed Sdn. Bhd., is producing biodegradable, sustainable, and ethical packaging products that are changing the world by turning ‘waste to wealth.’

Free The Seed’s core product is Just-Green, a range of biodegradable packaging made from agro-waste biomass for food, medical and industrial use. “Unlike paper and plastic disposable products, which will stay on our planet for the next 100 years, Just-Green products will biodegrade in about six months," says Ramaness. "You can dispose of the packaging in your garden and it will fertilise your plants."  By making biodegradable packaging products that help mitigate deforestation and the depletion of natural resources, Free The Seed is poised to positively impact countless lives  — including flora and fauna.

Prior to starting Free The Seed on 3rd July 2009, Ramaness served as Head of Project Management and Environmental Engineering at SIEMENS. This was followed by a stint as Carbon Footprint Auditor for the United Nations. Throughout his professional career, he has observed and encountered many cases of environmental pollution and degradation caused by mankind. One prime example is the open-burning of agriculture biomass materials, which is contributing to poor air quality and climate change.

Having witnessed these issues firsthand, Ramaness was inspired to take action and his dreams were anything but small. After resigning from his high-paying job, he immediately began to forge a path into the new horizon of entrepreneurship. He was determined to come up with an innovation that would reduce global warming and build a multi-billion dollar business at the same time. However, there was one problem.

Since this venture was in a brand new industry, there were no established benchmarks and track records to compare against.  Ramaness likens those early days to ‘going to hell.’ He started from zero with absolutely no funders, product, customers, orders, nor markets. To kickstart his Research and Development phase, he turned to FAMA, says Ramaness in jest. Not the government agency, but Father, Aunties, Mother and Associates! 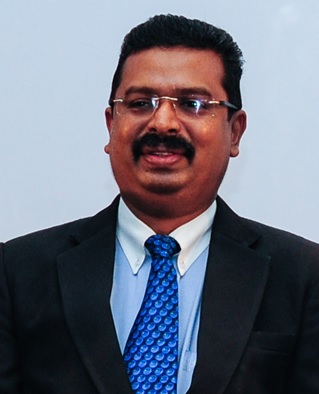 The biggest challenge Ramaness (right) has faced so far is financing, and he doesn't mince words about financial institutions. "They are great at flashing advertisements and putting out a media blitz about helping green businesses get off the ground. At conferences, they talk about supporting the government’s agenda in nurturing technology entrepreneurs," says Ramaness. "In reality, they prefer to lend umbrellas during sunny days, and not the other way around!"

Due to this inability to evaluate and finance emerging technology businesses, Ramaness says he has had to cancel large orders from overseas clients and buyers. However, his determination and perseverance has helped him overcome every last one of these hurdles.

Ramaness has since scoured existing programs spearheaded by progressive government agencies and leveraged on all of them to build his business. “I have received support from MIGHT-GCIP, MOSTI-Biotechcorp, MOF-Cradle Fund, KeTTHA-MGTC, MITI-SME Corp and MOA-Mardi and collectively they have all helped our company move from the startup phase to commercialisation," reveals Ramaness. With their assistance and through various forms of support including high-impact nurturing, coaching, mentoring and funding Free The Seed has surmounted many crucial challenges.

It cannot be denied that Ramaness has come a long way with Free the Seed. He has won the Entrepreneur of the Year Award 2010 from Biro Ekonomi dan Pembangunan Usahawan, the SME Innovation Award 2012 from SME Corp, and the Most Innovative Product Award 2014 from the CGP.

Ramaness’ company was also recognised in the Renewable Energy Sector by the American Leadership Development Association in 2011. It emerged as champion in the green manufacturer category of the Malaysia Green Tech Awards in 2012. In addition, Free The Seed was also the category and national champion of the Global Cleantech Innovation Programme in 2014.

However, Ramaness says his proudest moment came on 11th September 2015 during the International Greentech and Eco Products Exhibition and Conference Malaysia (IGEM) 2015 at the KLCC Plenary Hall. At the event, Free The Seed launched the Farmers Poverty Eradication Programme, which creates a viable economic business model for paddy farmers in Kedah. This initiative has marked a revolution in the eradication of poverty amongst local farmers, through science.

Future hopes
Today, Free The Seed has clients in the USA, the UK and Europe and supplies to mega-brands like Nestle, Coop UK, NHS UK, Western Digital, and Samsung. However, Ramaness is just getting started. The intrepid entrepreneur plans to open 30 Free The Seed factories in Asia in the next five years, and in a decade, hopes to have 100 factories around the world.

Looking even further ahead, Ramaness hopes that in 20 years time, "there will be no more biomass open-burning activities anywhere on this planet, and every farmer can make additional income with their biomass waste using our Malaysian-made biotechnology."

His ultimate vision is to turn Free The Seed into one of the top 10 bio-packaging companies in the world whilst mitigating 1% of the world’s global warming problems, through their products. Though he has faced adversity, Ramaness never thought about giving up. In fact, he would recommend entrepreneurship to anyone who has aspirations to take the plunge. To get a head start in the right direction he encourages all aspiring entrepreneurs to enrol and participate in the CGP.

Discover Free The Seed at www.freetheseed.com.my