NEARLY two years after its inception and after getting major banks in Thailand and Vietnam on board, mobile payment solutions startup Soft Space International Sdn Bhd has finally landed its first Malaysian customer, CIMB Bank.

“This is really set to transform the payment landscape in this country,” said Nazir Razak (pic), CIMB Group chief executive, adding that it “offers businesses of any size an affordable yet secure way to manage electronic payments using smartphones or tablets.”

“This is relevant to businesses of any size, from large corporations to micro-businesses,” he said at the official launch of Plug n Pay in Kuala Lumpur. “This is a real game-changer in our mind – mobile devices have become a part of our daily lives, now they’re also going to be a basic tool of commerce.”

CIMB Bank will be following in the footsteps of banks in Thailand and Vietnam. In February, Soft Space confirmed a deal Thailand’s KasikornBank, which rolled out its ‘K-Merchant on Mobile’ service to 50,000 partner merchants across all industries, including retail shops. Earlier this month, the startup landed a second Thai bank, Thanachart Bank.

Soft Space also told Digital News Asia (DNA) that it had signed up VietinBank, one of the top acquiring banks in Vietnam.

The floodgates have opened by all indications, with the media having been issued invitations for a DiGi Telecommunications event on Thursday (Oct 24) which will see the cellular company launching its own mPOS solution built on Soft Space’s technology.

With the Soft Space-fuelled Plug n Pay, CIMB customers only need to purchase an RM250 (US$79) card reader – which would be available at the bank’s branches or via partners such as telecommunications companies – for their iOS or Android smartphone or tablet, and then download the relevant app available on the two platforms’ respective app stores.

When in use, upon confirmation of purchase, electronic receipts can be immediately issued to customers via email or SMS. Their accounts will be credited with the funds the next day, reducing the need for the merchants to handle cash.

Currently, the service can take MasterCard and Visa payments, but will soon be able to take local debit card payments.

“It’s not just about receiving payments, it’s also about managing the electronic transaction [via the app and the Plug n Pay portal],” said Nazir.

“Plug n Pay will give businesses the capability to view real-time transactions, and track the location of each transaction using a geo-location feature,” he added.

At a press conference after the launch, CIMB’s Nazir declined to give details on the financial arrangement it has with Soft Space, the number of card readers it has in inventory, or the number of customers it expects, except to say the bank expects a “strong take-up.”

“We have just launched it, but just to give you an indication of numbers, there are 30 million POS terminals in the world today, driven by the MasterCard and Visa functionality over many, many years,” he said.

“The expectations are that this is going to rise by another 40 million terminals in only the next five years, driven by digital technology – more than double.

“This gives you the sense that the world is definitely going this way. The question is that in each market and in each country, when is the right time to drive this new initiative, and we think that for Malaysia, the time is now,” he added.

CIMB Bank officials said they expect to see early adoptions from the FMCG (fast-moving consumer goods) sector, as well as those who operate field staff or who are on the road most of the time, from pizza delivery guys and taxi drivers to insurance agents who can now accept the first payments upon confirmation of a contract – essentially, any merchant who previously could not accept card payments.

In terms of security, Soft Space’s solution has been certified with Level 1 and Level 2 EMV (Europay/ MasterCard/ Visa) compliance, a global standard for authenticating credit and debit card transactions.

He also noted that the new service is in line with the Malaysian Government’s agenda to reduce the dependence on cash transactions in the country.

The central bank, Bank Negara Malaysia, is targeting to have 25 POS terminals per 1,000 inhabitants by 2020; to boost the number of cashless transactions per capita from 44 to 200; and to reduce the number of cheques issued in the country from 207 million currently to 100 million by 2020.

Most recently, it launched the Go Mobile ‘Rekening Ponsel’ service via its CIMB Niaga subsidiary in Indonesia, which he described as the first mobile wallet initiative in the republic.

The bank also launched its Kwik Account initiative, an account that customers can open online, anytime and anywhere, without going into a branch. Once they have deposited funds into the account, they can immediately send and receive money by keying in a friend’s or family member’s email address or mobile number, transfer funds within CIMB Bank, make online purchases, pay bills, reload mobile prepaid credit, remit funds and more.

Earlier this year, it introduced the ‘OctoPay’ feature on its CIMB Clicks online banking portal, which it claimed was the Asean region’s first banking service available via social network Facebook. 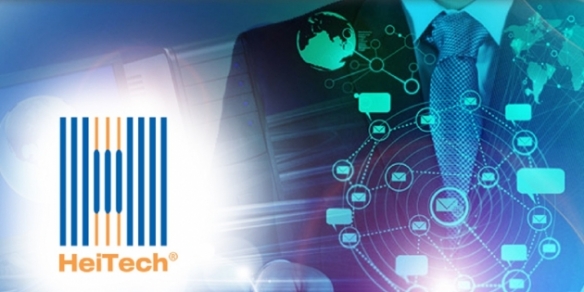