A COMMON misconception amongst startups is that public relations (PR) is not important or out of reach for them because of its cost. On the contrary, PR can serve a need even for nascent businesses, a panel of PR practitioners said yesterday (May 28).

Speaking at the 18th edition of Digital News Asia (DNA)’s Disrupt session, themed Professional PR help, do you need it?, Justin Then, managing director of Hill+Knowlton Strategies Malaysia, said that if you were a startup, you would have created something that you really wanted to do.

“So even if you have financial constraints as a startup, there is a still a story to tell, and being a startup should not stop you from engaging in PR,” he said.

The Disrupt panel and networking session discussed whether PR is needed by budding companies, and if so, when it should come in and how much it would cost.

This session is a follow-up from a similar session held about a year ago entitled Rules of Engagement: Media Relations 101, which focused on the basic key elements that startups would need to know when engaging the media.

Then, who brings with him over 20 years of experience as both a journalist as well as a PR professional, said that PR was essentially ‘air cover’ for marketing and sales funnels.

“If you take the analogy of a battle, PR is like the planes that fly in and clear the ground [before the soldiers move in],” he said. “Think of PR as air cover for marketing; PR goes in to create awareness, marketing campaigns then create desire in consumers – all of which then leads to sales to close deals.”

Then said any business, whether a startup or an established company, would still need PR because it is about telling a story and creating awareness within the public. Concurring with him was fellow panellist Raymond Siva (pic), managing director of Edelman Kuala Lumpur, who said that PR is essentially storytelling.

“Before a company does anything, it would need to think about its story narrative,” he said. “What is PR? PR is communicating an idea and how those ideas can change the world, and these kinds of stories are very powerful.”

To a question as to how startups – which are often cash-strapped – would be able to afford PR professionals to craft their messages and tell their stories, Siva said that fortunately, today anyone can be a media owner, and startups do not need to depend on mainstream media for publicity.

“People today must get rid of the mindset that PR only equates to [mainstream and online] media relations – that’s old-school thinking,” he argued. “Today, especially with digital and social media, what with the likes of Facebook, Instagram and Twitter, each of us is a media publisher.”

Siva said that startups could use this suite of tools to help them craft their story in a creative way, and minimise their spending.

“So the question is, how then does a startup tell its story via social media or any other digital platform?” he said, adding that this is what startups need to figure out.

When asked what would be a good time use PR professionals, Siva suggested that a startup must determine that timing based on when it feels it has a bigger story to tell.

“CEOs [of a startup] can initially be the spokespersons, provided that they are able to articulate their vision and their company’s products or services,” he said.

“But if there comes a time when the CEO needs to focus on the business, hire someone savvy who knows digital, in-house to do the job using the aforementioned tools.

“And if a startup feels it has a bigger story to tell and has allocated a budget, that’s when it can hire PR professionals for the job.”

That said, Siva warned that if companies are not used to engaging digitally, the same tools that can be advantageous could instead turn against them.

“Social is instantaneous; once you do something wrong and put that online, you can’t retract it; so you have to be mindful of these pitfalls as well. “It may help to not be too impetuous going online. If you want to do your own PR, be careful how you approach it. You may also need some professionals to at least help you map out your strategies,” he added.

The third panellist, Hazel Hassan (pic), vice president of marketing and strategic partnership at Cradle Fund, said that startups consider engaging in PR only after the company is ready with its product or service.

Cradle is a specialised arm of Malaysia’s Ministry of Finance that was set up to help fund startups and entrepreneurs with early- and commercialisation-stage funding.

“Startups must realise PR is not a sales tool,” she said. “I’ve had startups come to me and expect Cradle to get them on the centrespread of a magazine, and what’s more, they expected immediate demand generated for their products.

“This is not going to happen, especially when a company does not have any product ready before talking to the media. Startups must have actual products and not ‘vapourware’,” she said. When asked how much of a budget startups should set aside for an actual PR campaign or even just a press conference, Hill+Knowlton Strategies’ Then (pic) said it was hard to drill down to an exact number as such events vary in terms of workloads and milestones.

Then said on one end of the spectrum, some clients may demand a lot more out of a press conference, insisting that a set number of press members turn up for the event. Others even require PR agencies to guarantee a certain number of press clippings on specific pages in the media.

On the other end, he said, you may get a company which has a limited budget but needs the press coverage badly just because it has good products or services to offer.

“It depends – the more a client wants, the more we charge,” he added.

Edelman’s Siva added, “I once charged RM50,000 for a campaign that involved not only organising the event, but also writing all the press material and follow-ups up to two weeks after the event. At every step, we had to deliver and we were held to that.”

Cradle’s Hazel however urged technology- and innovation-based startups to apply for Cradle’s funding programmes, in which case the agency would work alongside the startup to craft its messaging and PR campaigns.

“We have had startups come to us and we have helped them organise press events for free,” she said.

DNA editor Gabey Goh, who moderated the panel discussion, asked the three PR experts what red flags startups should look for when searching for an in-house PR person or an agency to work with.

Then said the person or agency must understand what their clients’ business is all about. The person also needs be a storyteller, and who can do so in a compelling way.

Siva said such a person or agency must, at the minimum, have good writing and research skills, and also the right attitude – such as being a team player and having some initiative.

Finally, DNA executive editor A. Asohan offered a warning to the audience: “Never trust a PR person or agency who tries to sell you the value of PR in terms of advertising dollars. That’s a screwed-up metric and nobody uses it, except for some scam artists.”

Disrupt #18: Professional PR help, do you need it?

10 components of a social media strategy (Part I) 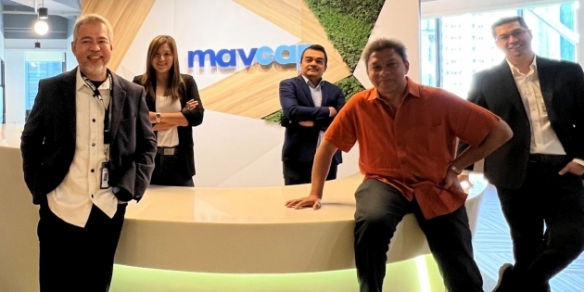