An accelerator too far for The Star? 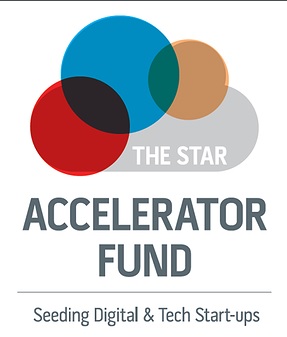 The company will be investing in start-ups at the idea and pre-commercialization space with pre-seed and seed funds worth a maximum of RM300,000 and RM1 million respectively.

Besides the monetary aspect, the media group will also offer a platform via its various media properties to highlight its investee companies. The company, after all, publishes the nation’s No 1 English daily, The Star.

An executive familiar with the fund told Digital News Asia (DNA) that, “all start-ups are weak in marketing and we feel the value of our media platform to give them exposure can kick-start their monetization efforts.”

But it has to tread carefully in ensuring it does not discriminate against companies which are not its investees but which deserve media spotlight on merit. Get the balance wrong and there will be the potential for a backlash.

For a media group with 2012 net profits of RM208 million, it is making a decent-sized bet with a RM20-million fund, which it is ambitiously calling “an accelerator fund.” At the launch (pic), Star Publications executive deputy chairman Vincent Lee said, “We see this opportunity as a long-term commitment to establish and grow the businesses that we become involved in.

“It is our aim to leverage our media expertise, as well as that of our business partners, for the benefit of our successful applicants,” he added.

Being a media company, one would expect that the focus of the fund would be quite content-skewed but surprisingly there is only one obvious media-focused area, ‘multimedia,’ while ‘web-based businesses’ is as broad a category as it gets.

There is also a non-ICT category with a larger number of areas than under ICT. Perhaps the brains behind the fund want to spread their aim as wide as possible.

However, the website which describes the mechanism and intention of the fund hints at a poor understanding of the start-up culture that The Star aims to be a “game changer” in.

The jaw-dropper though is the intention of the fund to take a spot in the management team and board of directors. It will surely be unique among early stage funds to ask for such a concession. Typically, in start-ups, the founders are the directors too, but this is a formality to meet the requirements for incorporating a company.

Kudos, but some concerns

Nonetheless, despite some quirks (applications must be submitted by snail-mail) and flaws in the approach, the fund has been warmly welcomed.

“I think it’s a great initiative by The Star and I am pleased that it is showing an example, as a corporate entity, for the private sector to be actively involved in innovation funding and that this stage need not be fully reliant on government funding only,” says Cradle Fund Sdn Bhd chief executive officer Nazrin Hassan. “Kudos to The Star!”

Meanwhile, the newly-elected president of the Technopreneurs Association of Malaysia (TeAM), Dhakshinamoorthy Balakrishnan or ‘Dash,’ describes it as “a leap in the right direction.”

He also noted all the other support The Star is offering to the entrepreneur who has successfully obtained the funds – media coverage, access to partners, etc.

The timing of The Star Accelerator Fund also works in TeAM’s favor as it starts to focus on getting the private sector to participate in spurring high-growth start-ups.

“We will be advancing what we would like to call Corporate Entrepreneurship Responsibility, where we will invite organizations to actively find and fund start-ups,” says Dash, who however expresses a concern over the media giant’s accelerator ambitions.

He would rather see The Star take its RM20-million fund and instead of becoming an accelerator itself, partner with a local or international accelerator to help entrepreneurs create enduring companies.

This has to do with the fact that start-ups are a different species and any attempt by a corporate entity to impose its culture or best practises on it is bound to end disastrously, he argues.

For instance, Dash notes with concern the application form for pre-seed ventures which asks for paid-up capital, shareholding structure, and the details of the process on how the venture would take the product to market, etc.

“Here, a little bit of education may be necessary. A start-up is – as Steve Blank, a professor of entrepreneurship at Stanford, says – ‘a temporary organization designed to search for a repeatable and scalable business model.’ The operative words here are temporary and search,” says Dash.

“So, it’s time for funding organizations to understand that a start-up is nothing but a bunch of hypotheses. The entrepreneur is out testing them through his very basic prototype, the minimum viable product, and constantly changing all his assumptions.

“This is why many accelerators in the West fund the entrepreneur with a good idea and backs him or her all the way to build a great company,” he says.

Dash feels there is no time to test and try when The Star could have just partnered with those who already understand the accelerator space. “This would have created a win-win-win situation all around,” he says.