Another group-buying site makes a pivot 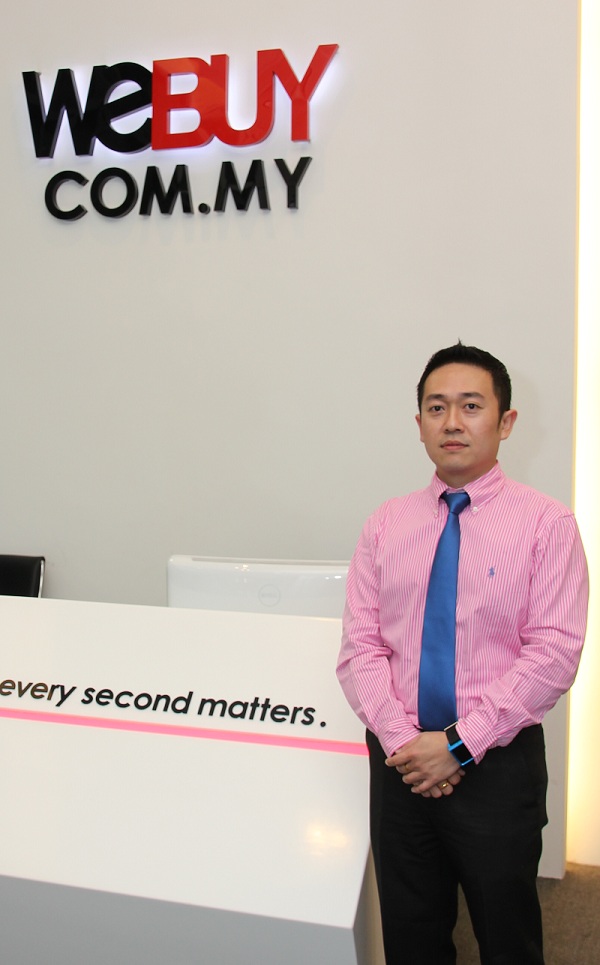 AT its height in 2010, the chief executive officer of a group-buying site estimated that almost 70 sites had popped up in Malaysia, all no doubt inspired by GroupsMore, the pioneer site in Malaysia that was subsequently acquired by Groupon and renamed Groupon Malaysia.

However, the lure of replicating GroupsMore’s success was an elusive jackpot of attracting the interest of a global player to acquire those that followed after; it has not quite worked out.

But 2012 still saw about 20 such sites active in Malaysia, and in fact, the week preceding Digital News Asia’s (DNA) November chat with WeBUY founder C.K. Lim (pic), two more new sites had popped up, he says.

“The fact that you can buy an off-the-shelf site, complete with back-end, very cheaply, makes this an enticing business to try out,” says Lim, whose own reason for going into the space in March, 2011 was not about hoping to strike it rich.

Instead, he claims, it was about how to lessen the cost of sponsoring lucky draws or donating gifts to his customers come annual dinner time.

Despite the site breaking even by March, 2012, WeBUY has now changed its model from where it was your typical group-buying site to now becoming an integrated marketing arm for your typical brick-and-mortar merchant.

“Once you break even in business, you have two options: Carry on with how you were doing things and eventually becoming profitable; or look at the business and ask what can be done better for your customers,” says Lim.

“We previously thought the consumer was our customer and would urge merchants to give them great deals and they would become loyal customers after that. But group-buying consumers have no loyalty. They are just seeking the best deal possible,” he says.

As a result, the very merchants that WeBUY thought it was helping were actually being hurt by the discounts they were giving in the vain hope that a loyal customer would emerge.

Lim says the new model – which he calls “collective marketing” – is about striking a balance. And it arose out of an interesting realization: That the mainly Gen-X and Baby Boomers who run most of the F&B and retail outlets today neither understand nor believe in the Internet.

“I actually know of restaurant owners who order staff to delete critical comments made on their Facebook pages,” he says.

Members of this group may be ambivalent towards the Internet, but they all believe in the importance of marketing.

This is why WeBUY is launching a hard-copy book with tear-out coupons from 30 merchants in about two weeks’ time. The book will be placed in the lobby of buildings with a concentration of white collar workers. There will be various pamphlets distributed too, while WeBUY will also run print ads to promote its various merchants.

Besides the print strategy, it will also help its merchants with their online strategy. This ranges from advising them how to build their websites, managing their Facebook pages, handling social media for them and advising them on the right approach to advertise online.

Spearheading this area is Jerry Lim, who launched and ran the search marketing unit at GroupM, the largest digital agency in the country until he joined WeBUY recently.

Then there is the soon-to-be-launched loyalty and discount card for each merchant, and finally, in around three months, a delivery service too with WeBUY bearing the expense with a minimal profit-sharing model.

‘Everybody scratching everybody’s back’

In the current model, the more merchants who get on board, the cheaper it will be for everyone. “It really is about everybody scratching each other’s back,” says Lim of his new model.

The cost to create a new team that helps with the layout and publishing and online consulting actually adds to his own cost, but he feels it is worth it as he claims profits, not revenue, are up by around 50% since last October.

That was when the model was changed from revenue-share to the merchants paying him a fixed upfront fee, which obviously also helps his cash flow.

The merchants are apparently happier too. WeBUY put DNA in touch with two of its retailers, both F&B outlets, and both managers spoke highly of their experience partnering with WeBUY and the business it has brought them.

One Abdul Rahman Ahmad, hotel manager at Swiss-Garden Hotel and Residences in Pudu, Kuala Lumpur. He liked WeBUY’s approach of focusing on what they could do to help him get more business.

“I was approached by those representing international companies and they spent more time talking about the company than about what they could do for me,” he says.

Abdul Rahman also liked the fact that WeBUY cut a promotional video and has placed newspaper ads promoting his F&B outlet at no cost to him. The fact that WeBUY, at least for now, is not taking too many hotel customers also means there is less competition for him.

Abdul Rahman is harvesting the database of new customers who visit his F&B outlet via his partnership with WeBUY and directly markets to them subsequently.

“With the new model, we have become a platform for merchants and F&B retailers to shout about what they have. We also advize them to limit the number of deals they offer because doing it too often conditions consumers to just wait for their next deal,” says Lim.

He is also not concerned about merchants marketing directly to customers who have been introduced through the marketing efforts of WeBUY.

“They have always been marketing to their customers anyway. In fact we tell merchants not to stop what they are doing already. We are just another platform for them, a cost-effective one. The more merchants join us, the lower the average cost for everybody,” he adds.

How WeBUY was born

The owner of a telecommunications service company, Wireless Convergence, with Telekom Malaysia as its main partner, Lim services about 4,000 corporate customers.

And come annual dinner time, many of them would approach their service providers such as Wireless Convergence for support.

“It was quite a hefty sum for us to keep forking out gifts and sponsoring prizes for them,” he notes.

Then, noticing the popularity of Groupon Malaysia and how merchants were open to giving items at hefty discounts, one of his team came up with the idea of getting merchants to sponsor the gifts to their corporate clients. They figured the merchants would value getting their services known to the staff of various corporate customers.

“We decided to try it and found to our surprise that it worked. From there, launching our own group-buying site was not a difficult leap to make,” says Lim. Hence, the launch of webuy.com.my in March 2011, with his team having no online experience.

Any notions they had of how easy it was going to be were quickly quashed.

“After almost two years in the game, we have a 360-degree turn on our perception that this is an easy business to be successful at,” says Lim. That they broke even by March 2012 was mainly due to their strategy of leveraging on their 4,000 corporate clients.

“Merchants who offer us deals realize the buying power of this group,” he says. WeBUY has a subscriber base of between 400,000 to 500,000, “mainly white collar workers” says Lim, declining to be more specific due to competitive reasons.

In fact, that is the main target for his site. Corporate customers who, together with their staff, are what Lim calls “quality customers”. He is not really targeting the average group-buying customer who has no loyalty and is constantly seeking the best deals.

“And that is why we do not see ourselves as competing directly with the likes of Groupon Malaysia, Dealmates and Mydeals. We are going after quality customers,” he proclaims. Money still to be made in F&B deals

While some sites have moved away from group-buying to becoming flash sale sites for better margins and the need for smaller sales teams, Lim is convinced that there are better margins in services, especially F&B.

While it is true that group-buying has seen its luster tarnished by some F&B outlets which do not deliver their end of the bargain, Lim contends that consumers still go for F&B deals the most and that these deals are in fact the most profitable for group-buying sites and have been since the beginning of the trend in 2008 in the United States.

The only downside is the human-intensive nature of acquiring the deals as you need to have sales people pounding the pavements, meeting merchants. This is a point Erman Akinci, CEO of Dealmates, made too and was one of the reasons why Dealmates moved away from the model.

But for Lim, apparently the profitability of F&B deals still makes it worthwhile.

As for those chasing those great product deals, he offers a warning. “If it is too good to be true, it probably is. Indeed several local sites have been taken to court by a global credit card company for selling fake products. It is not their fault though as the products are offered by their merchants,” he claims.

Still, the onus is on the deal sites to do thorough background checks on the merchants they deal with.

To avoid WeBUY from falling into the same problem, it conducts seven levels of checks on any merchant who wants to post products on their site. “In fact, we reject product merchants every day,” says Lim. Merchants are typically attracted by the large subscriber base of the buying sites.

Lim points out that WeBUY has special arrangements with Hong Leong Bank and Arab Malaysian Bank, and with two more banks he is unable to disclose, where they offer very exclusive deals.