FOR the third year in a row, the most prevalent malware spread by email were programs that attempted to steal confidential data, usually logins and passwords for Internet banking systems, according to experts at Kaspersky Lab.

“At the same time, however, phishing attacks are shifting from bank accounts to social networking and email,” said Darya Gudkova (pic), head of Content Analysis at Kaspersky Lab.

“This can be partly explained by the fact that today’s email accounts often give access to a lot of content, including email, social networking, instant messaging, cloud storages and sometimes even a credit card,” she added.

According to Kaspersky Lab in its summary of spammer activity for 2013:

The proportion of spam in email traffic continues to fall – in the last three years the share of unsolicited messages has fallen by 10.7 percentage points, Kaspersky Lab said in a statement.

It appears that advertisers increasingly prefer the various types of legitimate online advertising that are now available and which generate higher response rates at lower costs than spam can offer, it added.

The criminalisation of spam

In some spam categories, commercial advertising is being gradually displaced by criminal mailings such as spam messages advertising illegal goods or pornography.

A typical example is the Travel and Tourism category that used to account for 5-10% of all spam traffic. These days, commercial adverts like this are rare, but the experts see numerous malicious emails actively exploiting the subject of travel and leisure.

It is common for IT security experts to recommend that users regularly update their antivirus solutions, and that is something that cybercriminals tried to take advantage of in 2013.

In emails that appear to be sent by well-known antivirus vendors such as Kaspersky Lab, McAfee, ESET, Symantec etc., they urged users to update their systems immediately using an attached file.

The attachment turned out to contain a Trojan from the infamous ZeuS/Zbot family that is designed to steal sensitive user data, particularly financial info, Kaspersky Lab said.

In a bid to reach even greater numbers of users, but wary of spam filters that block unwanted messages, advertisers are resorting to trickery.

Part of a mass mailing is sent to subscribers who have agreed to receive adverts, and part is sent to addresses taken from huge databases these companies have purchased – to people who never gave their consent to receive such messages.

If the mailings are blocked by spam filters, the advertisers contact the security vendor and try to prove their mailings are legitimate by showing the websites where users sign up and can unsubscribe at any time.

This poses a new challenge for the anti-spam industry and is leading to the development of new technologies based on sender reputations.

Eastern Europe’s share almost doubled compared to the previous year, placing the region in third with 13.3%. Western Europe remains in fourth place despite a decrease of 2.4 percentage points, while the share of Latin America in fifth place amounted to a threefold drop compared to 2012.

For more information about spam in 2013, go to securelist.com. 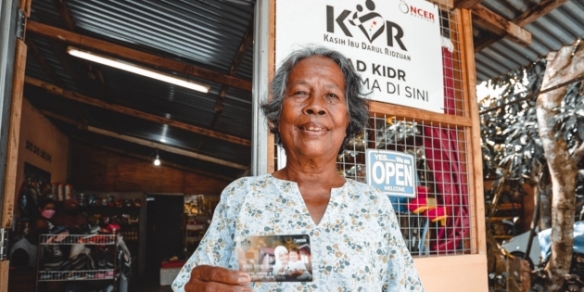