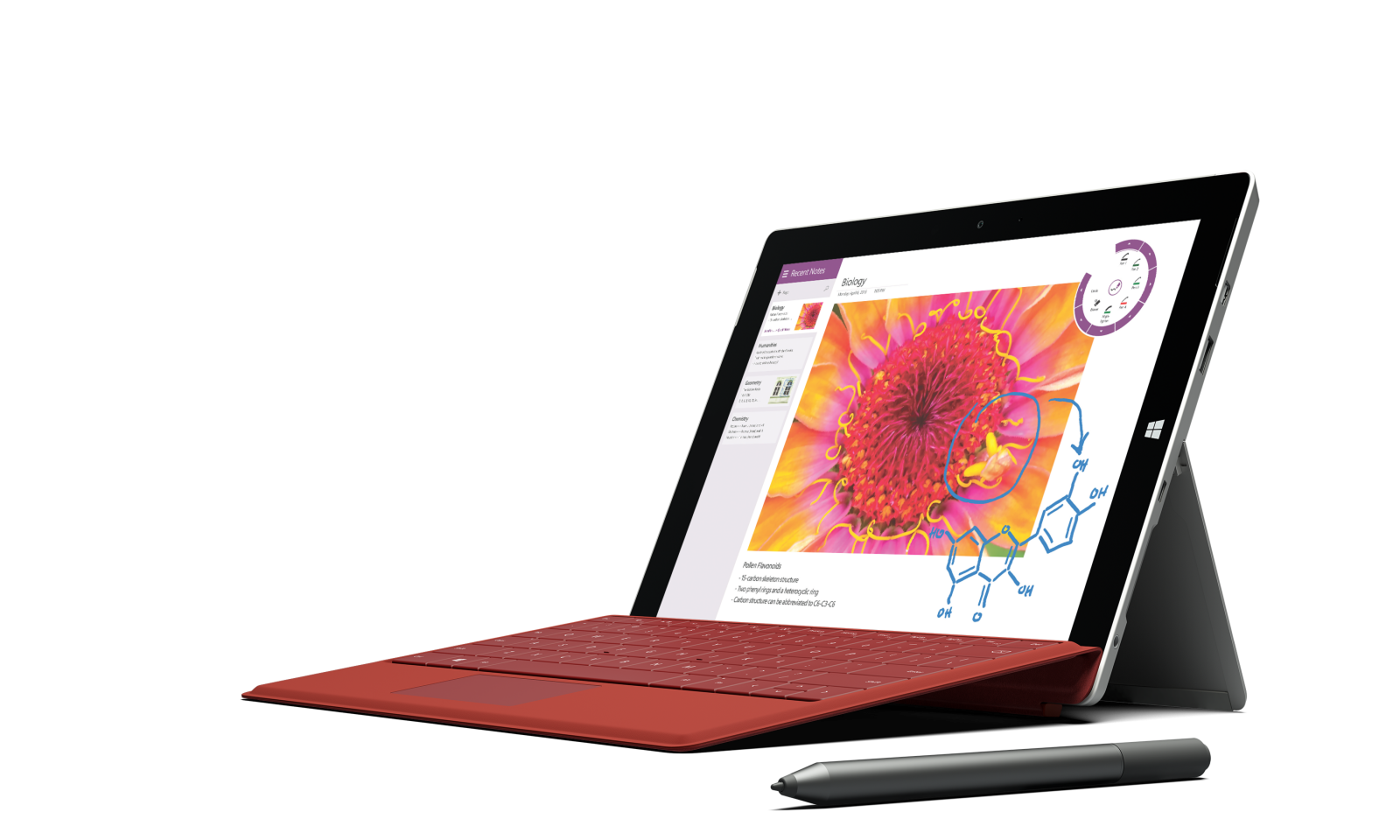 BUOYED by the relative success of its Surface Pro 3 tablet and laptop hybrid, technology giant Microsoft has introduced a smaller and lower-cost version of the device in the form of the Surface 3.

The 10.8-inch tablet is powered by Intel’s x86-based Atom x7 processor and runs on the full Windows 8.1 operating system. According to Ian Tan (pic), Microsoft Singapore’s Surface Category Management Lead, customers wanted the power and flexibility of the Surface Pro 3 but in a smaller form-factor and at a price that’s easier on the wallet.

A version with 4G cellular network and GPS support is in development, but no pricing has been announced yet.

Speaking to DNA in a telephone interview, IDC’s Technology Industry Analyst, Avinash Sundaram said, “I see good potential for that size of devices, a lot of prosumers actually do like that screen size.”

Citing the Asus T100 as an example of a 2-in-1 (tablet and laptop) product that has done well in the market, Avinash noted, “There is a good market for that, especially at the price point that Microsoft is positioning it at.”

This compares favourably against the overall tablet and 2-in-1 market, which is expected to see a dip of 3% year-on-year with 58.5 million devices.

That’s partly why Microsoft is pitching the Surface 3 not just as a tablet, but as a device that can perform like a full-blown laptop, when paired with the optional Surface Type Cover keyboard accessory.

Unlike the Surface 2 which was powered by an Nvidia Tegra 4 chip and ran Windows RT, the Surface 3 provides the full experience of Windows 8.1, along with a complimentary one-year subscription to Microsoft Office 365 and cloud storage on OneDrive.

Users can also upgrade the device to the full Windows 10 software for free, when it arrives later in the year.

Compared against the Surface Pro 3, the Surface 3 comes with a slightly lower 1920 x 1280 Full HD resolution, but on the smaller display, this didn’t seem to affect the visual quality.

On the upside, it’s thinner and lighter, and better for one-handed usage or bed-time reading. Design-wise, it stays consistent with its larger sibling, housed in a magnesium alloy casing and sporting a 3:2 display aspect ratio. The kick-stand (above pic) doesn’t come with the same flexibility of the Pro model. Instead, the Surface 3’s kick-stand locks at three different positions, which Microsoft said is sufficient under typical usage conditions and an improvement from the two positions on the Surface 2.

Conveniently, it utilises a microUSB port for power supply, doing away with a proprietary power adapter. This means it can even be recharged using portable battery packs, should it run out of juice. However, Microsoft claims the device has a 10-hour battery life, which should last through a typical working day for many users. 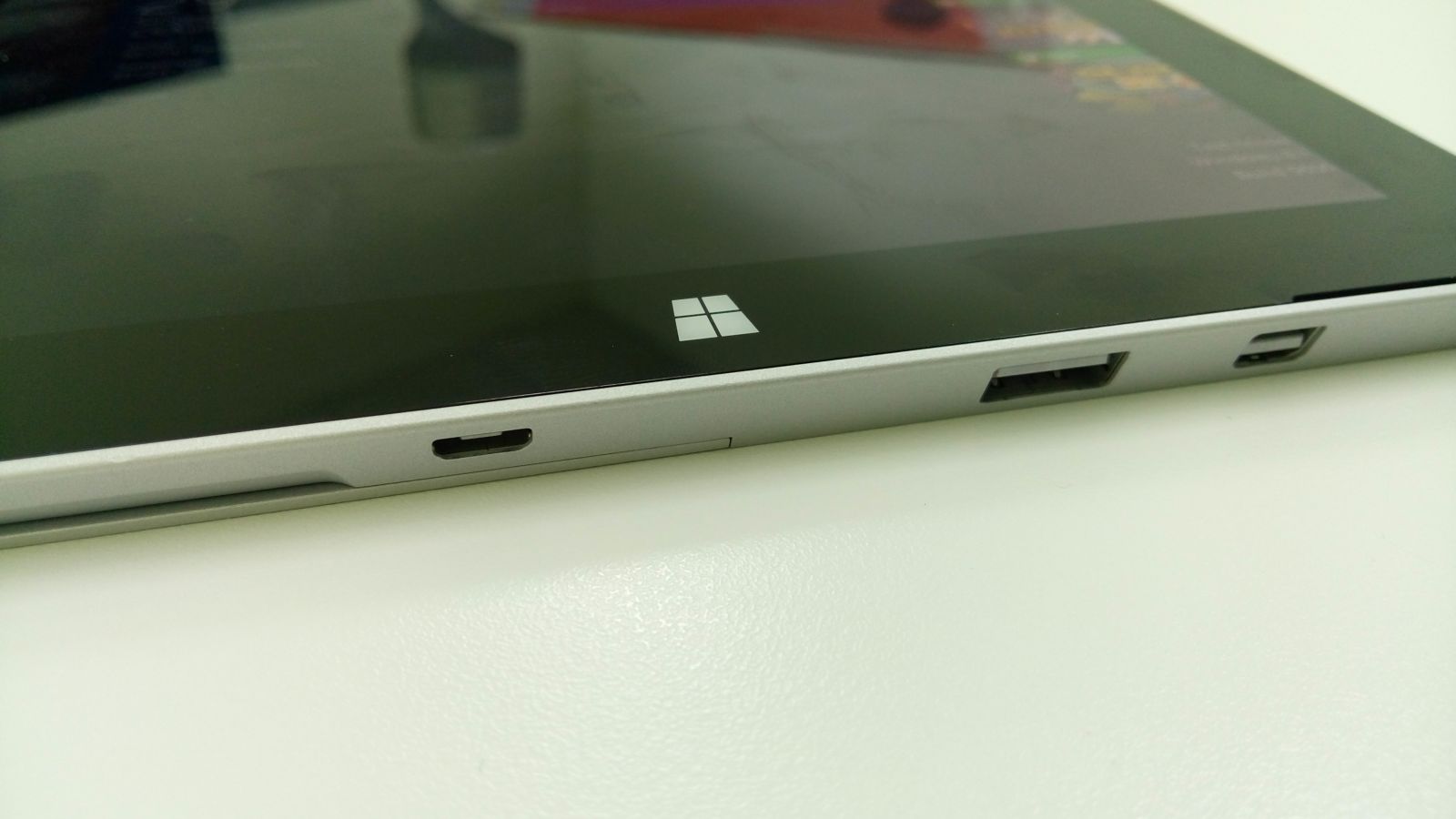 Aside from that, it comes with a full-sized USB 3.0 port, a Mini Display port, microSD card reader, an audio jack and a slot for the magnet-based detachable keyboard.

Like the Surface Pro 3, there is no dedicated housing for the Surface Pen.Microsoft said creating a slot for the separately sold stylus would increase the thickness of the device.  But according to Avinash, “This is first thing that people will lose.”

More importantly however, is the fact that the Surface 3 is simply not as powerful as the Pro.

The fan-less quad-core Atom chip promises longer battery life and won’t likely heat up as much as Intel’s Core processors, but Microsoft did point towards a performance dip, stating that the Surface 3 runs at about 80% of the performance level of the Pro’s entry Core i3 model.

Despite that, the company believed the performance would be able to meet the demands of its target audience, namely students, mobile workers and field force specialists in verticals such as finance and retail.

IDC believes however, that the Surface 3 would probably resonate better in mature markets as a secondary PC device, rather than a primary computer in emerging market households.

“Consumers are still looking for a full PC experience, and at that price point, they would still prefer a Celeron or Core i3 machine, with more ports like USB and VGA ports.  Those consumers in emerging markets are not going to jump on this one so quickly, because they are looking for the best value for their money,” said Avinash.

The Surface 3 will start shipping in May 2015, while pre-orders kick off on April 1 through Microsoft’s online stores and select partner retailers in 8 Asia Pacific markets, including Australia, Hong Kong, Korea, Malaysia, New Zealand, Singapore, Taiwan and Thailand.