TECLAST has launched the X98 Pro, the follow-up to the company’s dual-boot Windows and Android X98 Air II tablet.

At the launch event in China, it showed off the latest figures from ZDC Research which rank the Guangzhou-based electronics manufacturer as the country’s third largest tablet manufacturer.

The company said the new Teclast X98 Pro is the first tablet to utilise Intel’s Atom X5 Cherry Trail T4 Z8500 chipset, a quad-core processor that has clocked up to 2.24GHz.

This new chipset improves on Intel’s previous Bay Trail processor mainly in terms of graphics capability, but is also reportedly more efficient in terms of power utilisation and runs cooler as well.  Teclast claims the X98 Pro improves power consumption by 33% compared with the previous generation.

This tablet will come with 4GB of DDR3 RAM as a standard (compared to just 2GB before) and 64GB of internal storage, with a micro SD slot for storage expansion of up to 128GB. On the outset, the design of the X98 Pro is highly similar to the iPad Air, simply because it uses a similar 9.7-inch display with a resolution of 2048 x 1536, providing a pixel density of 264 pixels per inch (PPI). The quality of the display has also been enhanced, with the brightness level up by 50% compared with the last model.

The tablet also sports a thinner design at 7.8 mm, and weighs 540 grams.

In terms of cameras, the X98 Pro will come with a 5-megapixel rear camera and 2-megapixel front camera, useful for video calls but probably not much else.

As for power consumption, the company said the 8000 mAh battery should provide about eight hours of usage on a single charge.

This model is loaded with Microsoft’s new Windows 10 operating system and all the new features like the new Start screen, Cortana virtual assistant and Continuum synchronisation across Windows-based devices.

READ ALSO: Microsoft rolls out Win10 in a big way in Malaysia

However, like previous tablet offerings, Teclast would likely offer a dual-boot Windows and Android version at some point, along with cellular connectivity support for 4G (Fourth Generation) networks.

The most intriguing point about this tablet is of course the price. In China, Teclast announced it will cost RMB1399 (US$225), which is highly affordable in the tablet market, considering that this is a full-fledged notebook PC once you add in the keyboard attachment. Microsoft’s Surface 3 by comparison starts at US$499 for a 2GB RAM and 64GB storage configuration.

Research firm IDC has noted that China’s tablet market will stabilise after three years of high growth, and tablet manufacturers will now have to focus on product R&D (research and development) in order to attract new adoption.

The dual-boot trend is potentially one strategy, providing consumers a choice of using the tablet for both productivity (Windows) and entertainment (Android) purposes.

Teclast products are primarily sold in China as well as online retail stores, but the company has begun offering its tablets locally in markets like Malaysia. A company representative informed Digital News Asia (DNA) over Facebook that this new model will likely be available in Malaysia within three to four months. 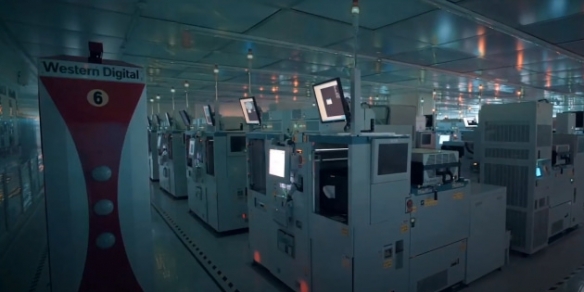