AS I write this review on the Acer ConceptD 3 Ezel Pro, I can say for certain that this is a very good laptop. Right now it’s playing Siddharta Khosla’s soundtrack for This is Us, through top-firing speakers that provide decent audio.

But the ConceptD 3 Ezel Pro is more than just a very good laptop. This is a versatile and powerful device, one certainly not just for writers but – as all Acer ConceptD devices do – for the professionals and the creators.

The concept behind the laptop is that it’s a mobile workstation that can be converted to a professional tablet, thanks to a unique hinge design.

This makes for a two-in-one combo that is certainly viable for creators looking for both. I won’t say that it combines the best of both worlds perfectly, but this combination certainly sells it. This isn’t the first convertible laptop from Acer. Their Spin devices, for instance, allow users to fold the display all the way back. How the Ezel Pro works, however, is very different.

The display has a hinge that allows you to flip just the display, meaning you no longer have to physically lift up and spin the laptop just to convert it.

This means that you can use the device in multiple ways. On default, it opens and closes like your typical clamshell. You can tilt the screen so that you can have it leaned in a way that’s best for drawing, or turn it into a tablet entirely by covering the keyboard.

It’s pretty intuitive, and makes the device a lot more versatile than other convertibles.

There’s more to the display, of course. This is a 15.6-inch full HD IPS touchscreen, and has a 1,920 x 1,080 resolution. This is a matte display, which is great, as it’s less reflective. Acer didn’t specify a brightness value, though I find the display bright enough to work under most conditions. It’s worth noting that the display has been tested and calibrated to achieve a low Delta E average of < 2, which is to reproduce true-to-life colour accuracy, according to Acer.

As a non-creative user, it’s difficult for me to say if the screen works as intended, though I can attest to the popping colours and details that it provides. However, a 4K resolution display or at least an option to have it, would be nicer.

The bezels on the display are also rather thick, which isn’t quite an issue but feel like it adds to the laptop’s heft. I reckon a 16:10 or 3:2 display would also work better in terms of drawing space, but I suppose that depends on the artist.

The added versatility to the device do come at a cost though: its size and weight. The unique hinge makes the laptop a lot thicker, and all of it culminates into a 2kg weight.

It’s not exactly the type of art tablet you use on your lap. There are 15-inch laptops that are thinner, too, not to mention the iPad Pro being the more portable creative device.

I can at least say that the ConceptD 3 Ezel Pro is in every way a premium device. The case is made of a magnesium-aluminum alloy coated with a white ceramic surface.

It exudes quality, making the device solid enough that it doesn’t twist, bend or creak in every way. The screen doesn’t even wobble. There’s a strong magnet that keeps the display solidly still in clamshell mode.

The laptop is all white, however, which I reckon raises a lot of concern regarding stains and yellowing in the future. As mentioned, most everything else on the laptop works well. The keyboard is great to type in, and I truly love me a large trackpad. It’s worth highlighting the large amounts of connectivity ports the laptop offers, too.

Almost everything is here: you get one USB Type-C port alongside two USB 3.2 Gen 1 ports, a mini DisplayPort 1.4, HDMI 2.0 and a headset/ speaker jack.

Bonus points for have a full-sized SD card slot, too, which I’m sure will thrill many creative professionals (it’s quite a rarity these days, not to mention negating the need for external ports).

The ConceptD 3 Ezel Pro comes bundled with an Acer Active Pen, which sits in its own slot at the left corner of the device. It’s a decent stylus. But while I can’t say for sure if it’s good enough for most artists, it worked sufficiently for me to knock out a random fanart or two using Paint 3D.

My only complaint is that it’s too thin and the buttons are a little difficult to press. Perhaps I’m too used to the Apple Pencil.

Power for a price

The ConceptD 3 Ezel Pro is a proper workstation. The unit I’m using comes with an Intel Core i7-10750H processor, which is coupled with NVIDIA Quadro T1000 GPU (with 4GB GDDR6 VRAM), alongside 16GB of DDR4 RAM and 512GB of SSD storage. 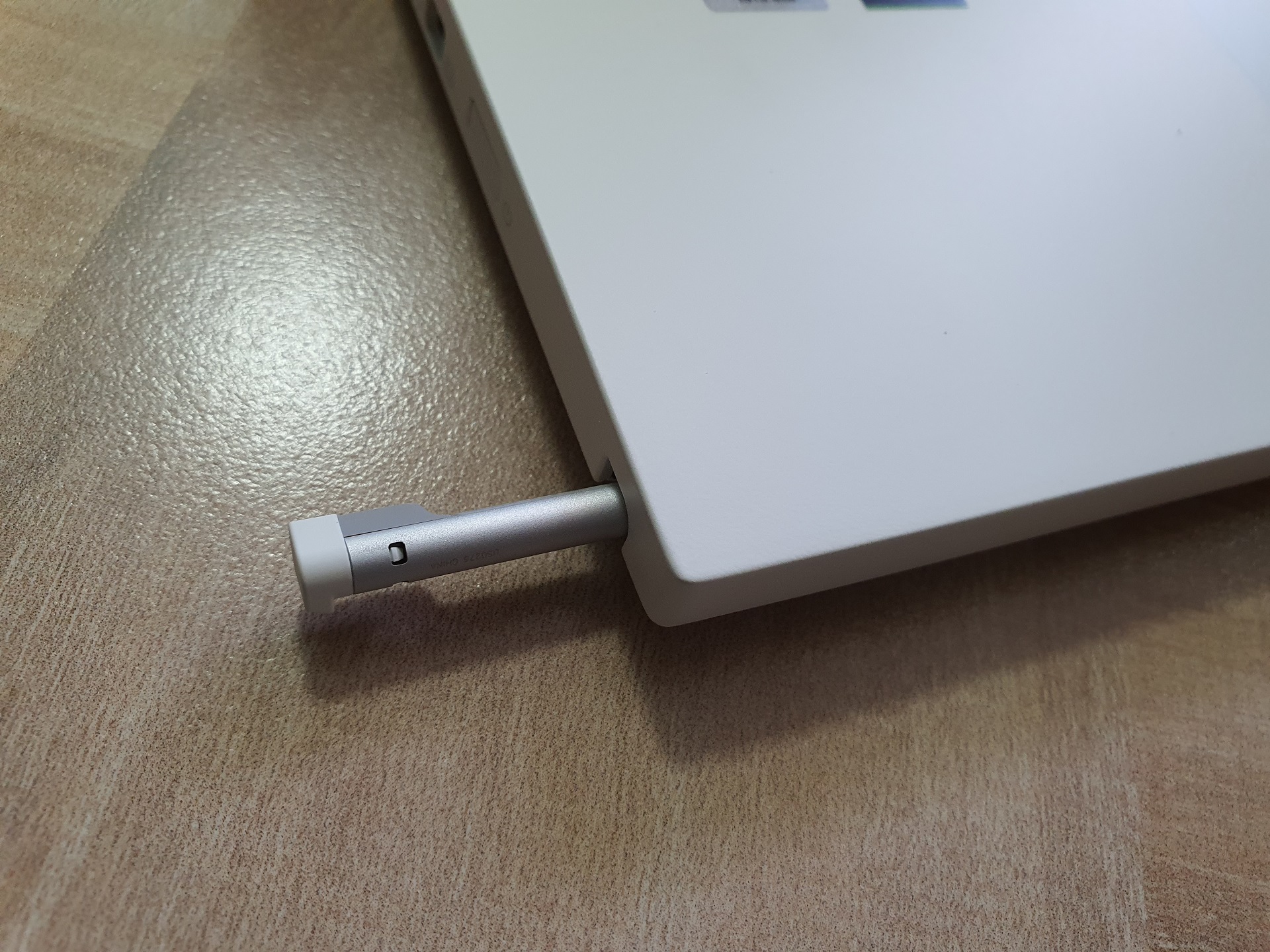 The result is a powerful device, singing through 30-plus Google Chrome tabs (a few with YouTube videos streaming in 1080p) without a hitch.

I had no problems running Photoshop on it. The NVIDIA Quadro T1000 may not be billed as a gaming GPU, but it’s comparable to a GTX 1650.

I don’t have Cyberpunk 2077 test it with, but it does play the Resident Evil 2 Remake on medium and high settings with few problems. The laptop does get a little heated up when running games though, but not to the point of concern. The fan is audible, but far from grating or distracting.

At US$2,439 (RM10,099), the ConceptD 3 Ezel Pro is not exactly an affordable laptop. Those interested would have to weigh between getting a workstation that it’s possibly more powerful for cheaper, or an art tablet that is either more portable or better optimised.

What you will be paying for, however, is versatility.

The ConceptD 3 Ezel Pro is essentially a package that can do it all, and do it well enough that you’re not short-changed.

I won’t say that it’s a must-have for creators, but those with the change to spare for something versatile and powerful can give this a look.