DEMAND for tablets may continue to be slow, but that’s not stopping Taiwanese tech firm Asus from launching a new 7-inch slab in this region.

The company has announced the availability of the ZenPad C 7.0 in Singapore, the first in a series of ZenPad tablets which it introduced at the recent Computex technology expo in Taiwan.

Asus said the design of the ZenPad C is inspired by stylish clutch handbags and wallets, featuring embossed leather patterns, rounded edges and a metallic frame.

Weighing in at 265 grams and at 8.4 mm thin, the tablet is relatively light compared with similarly sized models in the market.

This is the vendor’s first tablet powered by Intel’s new System-on-Chip (SoC) based on the Atom’s new ‘SoFIA’ (Smart or Feature phone with Intel Architecture) platform, a low-cost 64-bit quad-core chipset developed for smart mobile devices.

Other hardware specifications are similarly low-end, including 1GB of memory and 8GB of storage; although Asus does provide an additional 5GB of its cloud-based WebStorage, and the device supports microSD cards of up to 64GB.

The IPS (in-plane switching) display comes in at 1024 x 600 resolution, known as widescreen VGA, with a claimed viewing angle of 178 degrees. It also sports two cameras, a 2-megapixel rear camera and a 0.3-megapixel front camera for video conferences. The ZenPad C 7.0 runs on Android 5.0 and features Asus-specific software like Visualmaster which helps to optimise the display brightness and colour temperature depending on the activity – for example, reading books or watching movies.

There’s also a built-in Bluelight Filter to minimise the emission of blue light from the screen to reduce eye fatigue.

The audio settings have also been tweaked by audio experts DTS and SonicMaster to improve the sound quality. 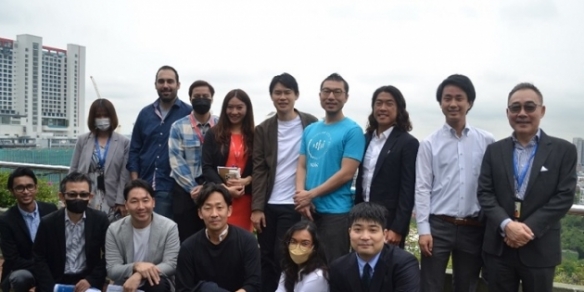