WHEN US tech giant Apple Inc unveiled its entry to the smartwatch game six months ago, there were many questions left unanswered – among them, the battery life and when consumers could own one.

Similar to new iPhone launches, the Apple Watch will only be available in selected countries initially.  In Asia Pacific, that would include China, Hong Kong, Japan and Australia. Outside the region, it will be sold in the United States, Canada, France, Germany and the United Kingdom.

In these markets, the Apple Watch will be available for pre-order from April 10, and for sale at selected retail outlets from April 24.

In a move to position this wearable as a fashion accessory, Apple is also making the watch available at fashion boutiques and department stores like Isetan in Tokyo and Selfridges in London.

And like fashion accessories, there are a variety of choices and prices, depending on the housing, the strap, and the size.

Unlike its competitors in the Android smartwatch space, the Apple Watch will come in two different sizes: A standard 42mm and a smaller 38mm edition for consumers with more slender wrists.

There are also three different versions of the product. The Apple Watch Sport collection is at the entry-level, with an anodised aluminium case and strengthened (Ion-X) glass, and a choice of colourful synthetic rubber straps. The larger model costs US$399 and the smaller watch is priced at US$349.

The Apple Watch collection ups the build quality with a steel case and sapphire glass, along with a choice of leather straps, a Milanese loop, a steel bracelet or rubber straps. Prices here range from US$549 to US$1099.

Meanwhile the Apple Watch Edition offers a custom rose or yellow 18-carat gold alloy case with sapphire glass, along with straps and bands that also come with gold clasps and buckles. The prices on these start from US$10,000.

Tech advisory firm Gartner’s research director for Consumer Devices, Roberta Cozza, told Digital News Asia (DNA) that the announced pricing shows that Apple is more interested in capturing the value side of the industry than selling them in volume.

“It’s obviously very confident that, at those prices, Apple users will buy it,” she said in a telephone interview.

“Even if we factor in 5% of that iPhone user base as being innovators or early adopters who would buy one, that would still take it to tens of millions of smart watches that Apple could potentially sell,” she added.

Forrester’s analyst for wearables, James McQuivey, concurs. “Apple has an easy shot at converting 10 million people to buy Apple Watch between the US and international markets,” he wrote in an e-mail.  “We stand by our initial assessment that 10 million units sold by year-end is likely.”

McQuivey believes that consumers are ready to jump into this category, stating that, “40% of adults in the United States are tired of pulling their phones from their pockets – with 50% of daily mobile interactions falling into the ‘glanceable’ category.”

Except perhaps for that Watch Edition which costs north of ten grand. As Cozza remarked, “When you spend that amount of money on a watch, you don’t expect it to be obsolete next year,” referring to the typical 12- to 18-month lifecycle of a mobile gadget.

However, research firm Ovum’s lead analyst for Consumer Technology, Ronan de Renesse, commented in an e-mail that “Apple will have to go beyond just a great design and materials if it wishes to take the Apple Watch to the mass market and convince iPhone users who don’t wear a watch to wear one.”

And while Ovum is forecasting that Apple will pass the 10-million mark in Apple Watch sales in 2015, de Renesse cautioned that “it will not have a significant enough competitive edge versus Samsung, LG and Sony, and that cheap design copycats will successfully thrive, especially in China where it is set to launch.”

As such, Apple’s “comparatively high US$349 entry-level price point will be more difficult to sustain,” he added. That perhaps explains why Apple was keen to demonstrate all the different apps that utilised the Apple Watch’s functions.

For instance: Calling for a ride on Uber; seeing your location on a small map; searching for information using the voice-activated Siri; and even checking sales analytics graphs using Salesforce.com’s new app.

Additionally, the Apple Watch will have a full suite of health and fitness-related apps that nudge you when you’ve been sitting for too long, or track your heart rate and how many steps you’ve taken in a day.

For Gartner’s Cozza, this is where the strength of the Apple Watch lies.

“I think it would be disruptive for the smartwatch and wearables market because of the applications; this is where the disruption that Apple can bring, in terms of how it can be integrated in your life,” she said.

Provided your life is already partly managed by an iPhone, since the smartwatch’s functionality will require that device and the just released iOS 8.2, which Apple made available at the time of the launch event.

The watch is expected to have an 18-hour battery life on typical usage patterns. Analysts say this isn’t impressive but battery life remains an issue for the entire wearables industry, not just Apple.

Still, this won’t stop fans from wearing one, especially when they can answer calls using their wrists, thanks to the built-in microphone – just like detective Dick Tracy, a popular cartoon strip character from the 1930s.

“I have been wanting to do this since I was five years old,” gushed Cook. 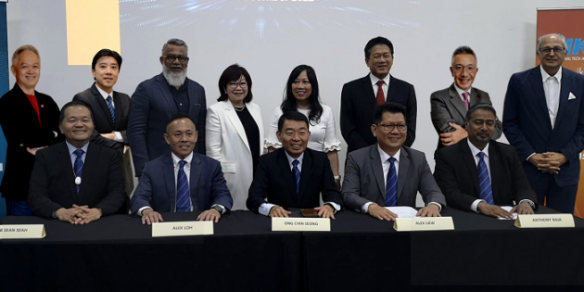