THERE are new Acer Predator devices in town. Some are refreshes of known faces – the Acer Predator Helios, for one, has a redesigned look that casts away the red for a sleeker black-and-blue. But the truly exciting one is the arrival of the Predator Triton 900 – a hunky and unique take on premium gaming laptops.

Bringing these new gaming devices into Malaysia isn’t surprising. According to the IDC Worldwide Quarterly PCD Tracker for 1Q19, Acer captured the number one position in total gaming laptops and desktops shipments in Malaysia for 2H18.

“Gaming has been a huge part of Acer since the return of Predator in 2015,” says Acer Malaysia consumer business and product director Johnson Seet. “Acer is now ranked no.1 and no.2 for gaming laptops and desktops respectively in 24 countries around the world, including Malaysia.”

The June 26 launch at Sunway Pyramid didn’t just showcase the latest Predator laptops, but also desktops, monitors and a surprise introduction of the Acer Swift 7, a laptop that is decidedly not under the gaming brand but an impressively slim laptop. Leading this pack of Predators is the Predator Triton 900. This laptop – which won the 2019 iF Design and Computex d&I awards – features a 17.3-inch screen that can be flipped, reclined or extended into four different usage modes.

Players can either use it as a standard laptop, flip the screen around for sharing the display with friends (especially when playing using gamepads) or close the display over the keyboard, essentially turning it into a tablet for work and touchscreen-based games.

It’s a hunky laptop, filled with powerful innards that include a 9th Gen Intel Core i7 processor and the Nvidia GeForce RTX2080 GPU (with 8GB of dedicated GDDR6 VRAM). As for memory, it comes with 16GB of DDR4 RAM (upgradable to 32GB) and 1TB of PCIe NVNe SSD storage (in RAID 0 configuration).

Cooling is done through Acer’s proprietary 4th Gen Aeroblade 3D technology. The trackpad is notably situated where the numpad would typically be (it can be turned into a touchscreen numpad), with per-key RGB mechanical keyboard with dedicated hotkeys. Users can tweak the laptop’s settings and monitor its performance using the PredatorSense mobile app, which is neat.

The Predator Triton 900 is, naturally, not cheap – it prices at US$3,858.24 (RM15,999), and is thankfully bundled with two-year local on-site plus accidental damage/theft warranty.

Bring in the sun and fire

Don’t want to burn your wallet but would like something equally fiery? The Predator Helios 300 could be the one to get. As mentioned, this Helios has been given a redesign. It’s now at a thinner form factor, at 22.9mm thick (having shaved off 3.8mm in a diet, compared to the 2018 model). Acer’s Nitro series is also seeing some changes. The Nitro 5 laptop has been updated, while the line-up is now grown thanks to the introduction of the new Nitro 7. Both are equipped with up to 144Hz displays, and features 9th Gen Intel Core i7 processors and up to NVIDIA GeForce GTX1660Ti GPUs.

Desktops, monitors and a Swift

Acer also saw fit to bring in the updated versions of the Predator Orion 9000 and 5000 gaming desktops. These are now available with the new 9th Gen Intel Core i7 processors and NVIDIA GeForce RTX series graphics cards.

They are best paired up with the new Predator X35 Curved Monitor, which is a 35-inch Nvidia G-Sync Ultimate Vesa Certified DisplayHDR display that comes with a 3440 x 1440 UWQHD resolution VA panel.

The monitor provides 2ms Grey to Grey response time and up to 200Hz in overclocking mode, which translates to smoother gameplay and reduced input lag. This monitor will be available by mid of July 2019 at US$2,266 (RM9,399). The launch event also saw the surprise unveiling of the Acer Swift 7, an impressively slim 14-inch laptop. The device weighs in at a mere 890g, with a 317.9mm by 191.5mm footprint. This slimness is achieved in part due to its fanless design, which also means no noise or dust to worry about. 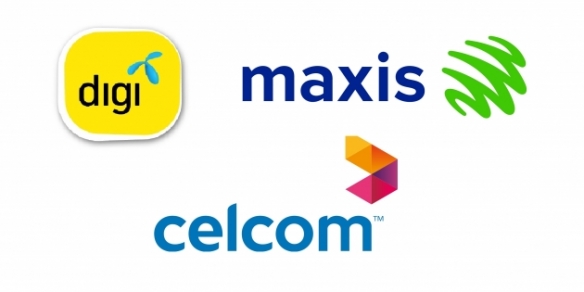