NEWS ANALYSIS: THE telco world got a mild shock when news broke on April 15 that Finnish mobile equipment manufacturer Nokia Corp had agreed to buy Franco-American vendor Alcatel-Lucent SA in an all-stock deal valued at US$16.6 billion.

Mild because speculation was already rife about the move when The Wall Street Journal got its teeth on the story a day earlier on April 14, as did Reuters.

Both media outlets then said that talks were at the advanced stage, with The Journal reporting a “full combination” of both companies’ business, in which Nokia would offer a share exchange for control of Alcatel-Lucent. Reuters pointed out that the full announcement could come “very quickly.”

It was first reported that Nokia would only purchase Alcatel-Lucent’s wireless assets. However, the takeover ended up being bigger than that, with CNBC reporting that Alcatel-Lucent chief executive officer (CEO) Michel Combes claimed to have convinced Nokia to buy the whole company instead.

On April 15, the CEOs of the two companies emerged smiling while announcing the deal after meeting French President François Hollande.

Industry watchers noted that the sale of such an iconic national asset to a foreign entity needed tacit political approval, after Paris had earlier promised to take a harder stance against foreign buyouts, The Guardian reported. As part of the deal, Nokia pledged to keep France as “a vibrant centre of the combined company” and not to cut jobs beyond what Alcatel-Lucent had already planned, especially protecting research and development sites at Villarceaux and Lannion, Reuters reported.

“This is not a joint venture, so there will be no governance issues,” Nokia CEO Rajeev Suri (pic) said on a call with investors, according to Reuters. “We will take a no-politics, no-nonsense approach to running the business, and have learned from past mistakes.”

If the deal receives regulatory approval, the Finnish-French tie-up would create a firm with more than 100,000 employees and nearly €26 billion (US$27.7 billion) in revenue, rivalling Sweden’s Ericsson AB, the market leader, as well as China’s fast-rising Huawei Technologies Co.

According to Reuters, Nokia will give Alcatel-Lucent shareholders 0.55 shares in the combined company for each of their old shares, resulting in 33.5% of the entity being in Alcatel’s hands and Nokia having 66.5%, if the public exchange offer is fully taken up.

The deal will be finalised in the first half of 2016 and is expected to result in €900 million (US$952 million) of operating cost savings by the end of 2019, the two companies said.

The combined company will be called Nokia and led by Nokia’s Rajeev, and chaired by its current chairman Risto Siilasmaa.

According to Bloomberg,  the deal is comparable with the US$13.4-billion deal in 2006 that created today’s Alcatel-Lucent, and would top Nokia’s previous record acquisition of map provider Navteq Corp for about US$8 billion in 2008. It would also be the biggest-ever deal made by a Finnish company.

What is it ‘really’ about? 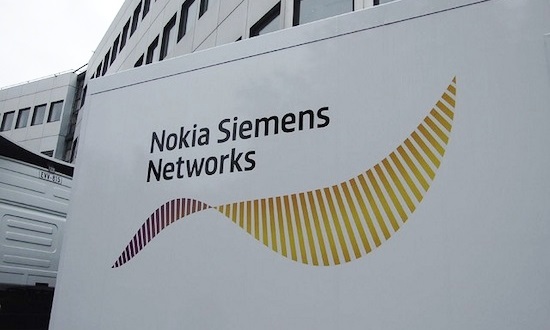 The deal is significant for a couple of reasons. Firstly, while not necessarily a general trend, the return of such telco mega-mergers – eschewed by the market for some time now – is a sign of the need for vendors to find strategic synergies amongst themselves in a bid to combat growing competition in an increasingly low-margin networking equipment business.

Historically speaking, large unions between telco vendors have not gone well. When Alcatel first merged with Lucent Technologies Inc in 2006, the two companies were supposed to have created a ‘mega-company’ that was to take the telco world by storm.

The same can be said of Nokia when it merged with German powerhouse Siemens AG in 2005, creating an entity known as Nokia Siemens Networks (NSN).

The 2007 tie-up between Nokia and Siemens and the creation of Alcatel-Lucent were in part conjured by the four companies separately – all of which were not considered clear leaders in the business at that time – as a strategy to gain greater scale so that they could compete with the likes of Ericsson and upstart Huawei.

However, that strategy did not pan out, as the two companies struggled with various issues including the inability to merge their product lines and integrate their respective business cultures.

NSN accumulated an operating loss of €5 billion (US$6.8 billion) by the end of 2010, forcing Nokia and Siemens to inject a further €1 billion (US$1.4 billion) of fresh capital into the venture in 2011, according to The Wall Street Journal.

Similarly, the Financial Times reported that even four years after the merger, Alcatel-Lucent found it hard to turn a profit.

Secondly, there aren’t many telco vendors – save Ericsson and Huawei – that can provide it all from an end-to-end telco infrastructure and services perspective in this day and age, which is the reason why a merger such as this makes sense.

In the early days, the mobile telco business was relatively straightforward, and all vendors needed to do was to keep supplying their gear and maintenance contracts to operators worldwide. Operators then also depended on voice as the major earner, and to a lesser extent, SMS and other value-added services.

But today, the mobile telco game is much more complicated as operators struggle to keep up with over-the-top players; optimising data connectivity; managing a myriad of apps and services; and keeping abreast of innovations such as network functions virtualisation (NFV) and software-defined networking (SDN).

Thus, the vendor without the economies of scale, state-of-the-art innovation, and financial muscle to outgun its competitor’s pricing is going to end up losing not only the battle but also the war.

Put simply, the coming together of these two old foes is more than just a marriage of convenience or a defensive move – it is about taking the fight to the competition.

Next: What analysts have to say