Shazalli to take on TM group CEO role, challenges ahead The appointment did not come as a surprise, as industry has been speculating Shazalli to be one of the front runner for the job. Shazalli's appointment will take effect on May 1, 2017, after TM's current group CEO Zamzamzairani Mohd Isa retires on April 30, 2017.

TM group chief financial officer Bazlan Osman, who is also speculated to be one of the front runner for the job, has been appointed as the company's deputy group CEO and executive director, effective May 1, 2017.

"We are excited with these appointments as it marks new era of leadership of TM as Malaysia's Convergence Champion. Shazalli brings with I'm the energy, drive and industry know-how to build on the strong foundation established by Zamzamzairani," said TM chairman Sulaiman Mahbob in a statement.

"Together with Bazlan as his deputy, this dynamic duo makes for a formidable team. TM remains steadfast in building our ecosystem towards realising our convergence and 'go digital' aspirations as we move beyond connectivity into quad play, and new value added digital and smart devices." Zamzamzairani, who is also known as Zam by his peers, has been with the telecommunications industry for over 30 years. He started his career in TM (for a 13 year period) before taking on key positions in several multinationals, including Lucent Technologies (Malaysia) Sdn Bhd.

He returned to TM as the company's senior vice president in 2005 and was later appointed as TM's CEO (Malaysia Business).

Brief history recap: At one point, TM's business include its fixed-line operations, as well as its mobile operations (both in Malaysia and in overseas). When the group decided to go for a demerger exercise, the company's business was divided into two. First, is the Malaysian Business (or Fixed-Co)-- which essentially controls fixed-line businesses like fixed broadband and VADS. Second, is the International Business (or Region-Co) where it is comprise of Celcom, Indonesia's XL, and other mobile businesses.

After the completion of the demerger exercise, Zam was later appointed as TM's group CEO and managing director on 2008.

In 2015, Zam and his team at TM secured the HSBB2 and Sub-Urban Broadband (SUBB) projects. Today, that project has achieved a rollout of more than 77%.

"Zam is a true TM career man, from his first job right to the top position of the company. He has been a transformative leader and his passion for TM inspires a sense of belonging and purpose amongst Warga TM," says Sulaiman.

Shazalli's achievements, and challenges ahead

Prior to that, he was Celcom Axiata's CEO -- where he transformed the company from being an industry laggard in 2005 into a competitive player.

At one point, the company registered more than 30 consecutive quarters of top line and bottom-line growth -- a feat that not many mobile operators have achieved. Besides his marketing-savviness, Shazalli is also known to be a good motivator.

"At one point, Celcom was having the smallest market share in the prepaid segment (in 2005). Employee morale was low. But, he came in and talked to the employees, took away their fears, and made them believe that they can be as competitive as the other two incumbents," says an ex-colleague of Shazalli.

In about 8 years, Shazalli and his team at Celcom managed to overtake their rivals and turn Celcom into the number mobile operator in terms of total subscriber base.

According to an analyst from a foreign brokerage, Shazalli's appointment will help give its newly-acquired wireless business, Webe Digital Sdn Bhd, a much needed boost.

"His experience in the mobile telecommunications space will be essential in making webe much more competitive," says the analyst.

However, Shazalli's journey in TM may not be a stroll in the park -- as there are several challenges that await him.

First, is the performance of webe. While Shazalli's experience and industry know-how can help webe -- it is undeniable that the company is competing against the mobile incumbents for a piece of their market share.

"As TM is progressing to become a Convergence Champion, he needs to ensure that all TM employees to be on the same page, especially if he plans to execute new strategies. That won't  be easy," said the analyst.

As at 2014, the company had over 28,000 employees, making it one of the largest employers in the country. 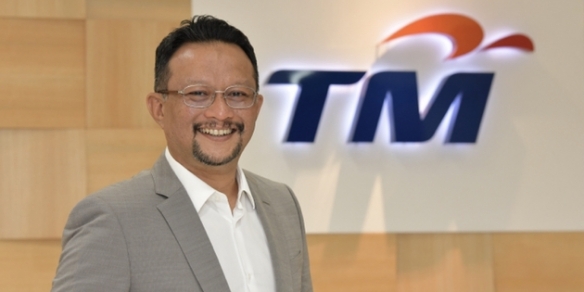