THE year 2015 was indeed a challenging one for Malaysia’s ‘Big Three’ mobile operators, as they had to battle with headwinds from the implementation of the Goods and Services Tax (GST) and their own price wars in both the prepaid and postpaid segments, among other factors.

Their collective service revenue was RM21.63 billion, 0.77% lower than the previous year.

The rollout of the GST in April 2015 played a key role in the decline. At one point, confusion over the GST as to how it applied to prepaid cards and top-ups – not helped by conflicting statements from ministers, the industry and the regulator – saw some retail outlets temporarily going out of business. Furthermore, intense competition resulted in a price war which saw prices of data packages decline dramatically. By the second half of 2015, the cheapest data package was about RM9-13 per gigabit (GB) – a big decline compared with the RM20-25 per GB earlier in the year.

Nevertheless, such an intense and challenging competitive landscape brings out the best, and last year saw Maxis regaining its market dominance.

“2015 was a winning year for Maxis. We grew in revenue and profits, and we also won market share,” said Maxis chief executive officer Morten Lundal (pic).

When the financial results of all three players came in, it was clear that Lundal wasn’t smoking anything: Maxis was the winner for 2015, as it not only grew profits and revenue, but was also the only one among the Big Three to register growth in both top- and bottom-line.

But – and there almost always is a ‘but’ – Maxis does not lead in all indicators, and that bodes well for its rivals, assuming they execute well in 2016.

Its revenue rose 2.5% to RM8.6 billion, partly driven by the higher use of data-related services, partly by its higher share of the migrant market.

Although Digi ended the year with a 1.6% decline in revenue, it still managed to somewhat maintain its market share of 30.2%, compared with 30.3% a year ago.

The biggest loser in terms of the top-line would be Celcom, whose revenue fell 5% to RM7.35 billion and whose market share declined by 1.2 percentage points to 32.2%.

The Big Three’s service revenues tell a slightly different story. Maxis and Digi managed to register growth in service revenue and market share, while Celcom was still trying to regain its momentum.

Axiata group chief financial officer Chari TVT told Digital News Asia (DNA) he was certain that Celcom’s performance will pick up this year as the company’s IT transformation programme was coming to an end.

Celcom recently launched an attractive postpaid plan, offering 10GB of data (5GB a month and another 5GB for the weekends) and unlimited phone calls and text messages for RM80 a month.

Excluding U Mobile and mobile virtual network operators (MVNOs), the industry – in terms of only the Big Three, that is – recorded a 230,000 decline in the number of subscribers to 37.07 million.

While Maxis grew revenue and earnings, it did not manage to grow its subscriber base. During the year, it lost 220,000 subscribers, while Digi’s subscribers jumped by over 710,000 to 12.13 million.

Digi was also clearly the winner in terms of subscriber market share, gaining in both the prepaid and postpaid segments. In the prepaid space, it had more than 10.29 million subscribers, while its rivals had less than 10 million each.

In the prepaid space, Digi is showing its peers that it is still the ‘King of Prepaid,’ continuing to post higher revenue in this segment versus Maxis and Celcom.

However, it remains to be seen if Digi can maintain its lead this year, as it experienced a marginal decline in its prepaid revenue to RM4.57 billion in 2015, while Maxis registered 6% growth.

Not surprisingly, Celcom, which was in the midst of sorting out the complications arising from its IT transformation programme, suffered a 17.8% decline in prepaid revenue.

Still the smallest postpaid player among the incumbents, Digi managed to grow faster than its competitors in terms of its postpaid revenue and market share.

A significant portion of Maxis’ capex was used to strengthen its network, and perhaps to – once and for all – stake its claim as the mobile operator offering the ‘widest 4G network.’

Don’t expect Digi and Celcom to stay still, though. Digi will be allocating about RM900 million in 2016, while Celcom, which spent the lowest capex among the big three in 2016, will be spending a staggering RM1.2 billion this year.

Bragging rights to the ‘widest coverage’ aside, these investments are critical in positioning the Big Three as the ‘preferred mobile operator’ in the age of data-centric mobile users – people will quickly change their service provider if fails to fulfil their needs in terms of data quality and capacity.

These investments are also important as more and more subscribers move to smartphones. 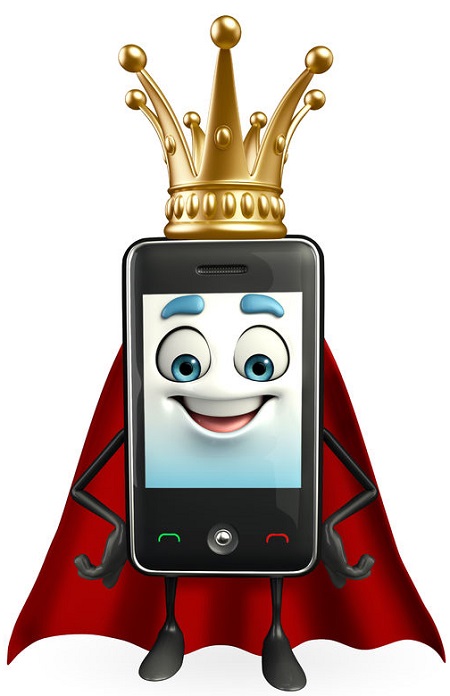 If there is one thing we have learnt from this highly competitive industry, it is that the lead changes from time to time. A few years ago, Celcom had the leadership position in several segments, while Maxis lost ground in key areas like prepaid. In 2015, it was the other way around.

With Celcom planning a heavier-than-usual capex of RM1.2 billion this year, it will not be a sitting duck. Expect it to ramp up its 4G coverage aggressively, and with that, also go all-out in terms of marketing activities to attract more customers to its network.

The key as to which player will rule 2016 would be dependent on a few factors, such as attractive packages and how fast they react to the competition.

Previously, its RM38 a day data roaming plan only included data surfing and not voice calls.

Expect more games of such one-upmanship this year, which can only be good for the consumer, at least in the short term.