Sales for phones running primarily on Google’s Android and Apple’s iOS platforms during the second quarter of 2015 totalled 330 million units, a year-on-year increase of 13.5%.

The slowdown was attributed to China’s first decline in smartphone sales, a 4% year-on-year drop for this quarter, Gartner said in a statement.

“China is the biggest country for smartphone sales, representing 30% of total sales of smartphones in the second quarter of 2015,” said Gartner research director Anshul Gupta.

“Its poor performance negatively affected the performance of the mobile phone market in the second quarter,” he added.

Anshul said the China market for smartphones has reached saturation and is now driven by the replacement market, with fewer first-time buyers.

His advice for smartphone vendors is to target high-end customers. “Beyond the lower-end phone segment, the appeal of premium smartphones will be key for vendors to attract upgrades and to maintain or grow their market share in China,” he said.

One company that has never wavered from this strategy is Apple.

The US technology giant recorded strong iPhone sales for the quarter with an increase of 36% as it chipped away at its rivals’ sales and profits. It gained 2.4 points in market share, partly thanks to demand from China, where sales grew 68%.

In spite of the launch of its new Galaxy S6 models, the South Korean firm’s share dropped 4.3% to 21.9% in the second quarter, from 26.2% in the same period last year.

Samsung however still retains its lead in the market for total sales volume, with Apple at a distant second with 14.6% share.

On the operating system front, Android’s global market share declined by 1.6 points to 82.2% during the quarter. This marked Android’s decline for the third straight quarter, while iOS continues to rise, up 2.4 points to a 14.6% market share.

Google’s smartphone platform saw its lowest year-on-year growth at 11%. Once again, this slowdown was due to the weak performance in China, in line with hardware sales.

However, Anshul (pic) pointed to developments which will potentially bring a new dynamic to the Android ecosystem, such as wearables, gaming and home entertainment.

“The low barrier to entry into the Android segment will continue to encourage an array of new players, adding to further disruptions coming from Chinese manufacturing and innovative Internet players with new business models that are not reliant on hardware margins,” he said.

Other software platforms such as Windows and BlackBerry continued to see a decline in market share, languishing at 2.5% and 0.3% respectively.

“Microsoft continued to struggle to generate wider demand for Windows Phone devices – even at the lower end,” Anshul noted.

“In light of Microsoft's recent cuts in its mobile hardware business, we’ll await signs of its long-term commitment to the smartphone market,” he added. 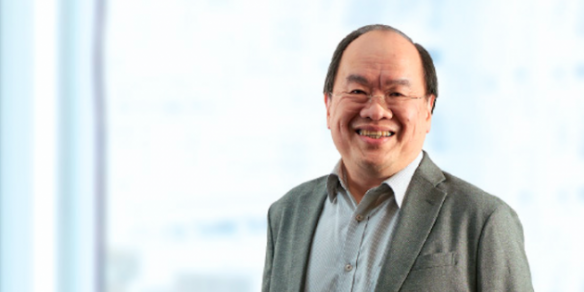