NEWS ANALYSIS The tension between traditional telco operators and Internet-based companies continues to exist as both camps struggle to find an amicable solution to this complex issue – something which once again surfaced at the Mobile World Congress (MWC).

Held in Barcelona last week, the most recent iteration of the annual conference for everything mobile saw several senior executives representing major telco operators still expressing discontent with the way Internet giants such as Facebook Inc and Google Inc are reaping benefits in solving the age-old problem of hooking up the entire planet to the Internet.

Commonly referred to as the battle between telco operators and OTT (over-the-top) players, the central issue focuses on what global players such as Vodafone Plc, Digicel Group Ltd and Telenor Group ASA have to say about their Internet counterparts, represented as a whole by the two Internet giants.

These operators contend that the Facebooks and Googles of the world are effectively getting a free ride – via their free apps and services – on the infrastructure the operators built, thereby undercutting the operators’ own efforts to make money via their own paid services.

To make matters worse, these operators charge that Internet companies make tons of money through advertising, while they can’t get a piece of the action even though they are the ones spending billions to build the underlying networks that carry Internet traffic.

This thorny issue reached its zenith last year when Facebook chief executive officer (CEO) Mark Zuckerberg attended MWC 2014 on the back of Facebook paying a whopping US$19 billion for messaging company WhatsApp.

The audacious acquisition allowed Facebook to push its products over cellular networks which it doesn’t own and operate, without having to invest in them.

Firing the first salvo this year was Digicel Group chairman Denis O’Brien, who told The Wall Street Journal that “Mark Zuckerberg is like the guy who comes to your party and drinks your champagne, and kisses your girls, and doesn’t bring anything.”

“Google earns billions of dollars on advertising, and they don’t pay a penny. I think it’s the most extraordinary business model in modern history,” he added.

Digicel is a wireless provider in 33 countries, including those in the Caribbean and South America.

Telenor Group CEO Jon Fredrik Baksaas pointed out that the messaging side is an important revenue driver in the old telecom world, and that even though operators are shifting to accommodate Internet-based services, WhatsApp is still an issue.

According to CNET, Baksaas said, “This is a point of tension between the operator community and Facebook, because we don't want to see that revenue stream move too quickly.”

The Journal also noted that this complex situation is acute in the developing world, where carriers make less money from wireless Internet service and still depend heavily on phone and text services for revenue. Zuckerberg, who was invited to speak at the evening session on the first day at MWC 2015, tried dialling down the rancorous debate this year by complimenting telco operators, instead of antagonising them.

On stage, the 30-year-old billionaire founder of the largest social networking company in the world emphasised that it is the telecommunications companies that are working to connect the world, not Facebook, reports CNBC.

“We are different from operators; we are trying to help people connect with other people,” Zuckerberg said. “It's really important to not lose sight of the fact that the ones that are driving this are the [telco] operators.”

He argued that Internet companies such as Facebook and operators want the same thing: That of empowering more people to get on to the Internet.

Alluding to the Facebook initiative called Internet.org, Zuckerberg said that the organisation is helping carriers around the globe get more people to pay for data plans by giving them a free sample.

“These apps drive data usage,” he was quoted as saying by International Business Times (IBT). “That is the future business, and I think that everyone is excited about that.”

Internet.org is a not-for-profit joint initiative set up by Facebook in 2013, comprising seven vendors and six telco operators in developing nations in Africa and India. Its mission is to connect every person on the planet by providing carriers from emerging markets with free data for ‘basic services,’ including Facebook, Wikipedia and Google.

Besides paying deference to telco operators, Zuckerberg also pointed to the fact that there needs to be a “new fundamental shift in how operators think about their revenues,” reports Wired Magazine.

He argued that it’s data usage, not voice calls and SMSes, that will drive their business, claiming that for people who have never had access to the Internet, “Internet.org can be an on-ramp to that data.”

“Facebook, we know, drives data usage, especially in developing markets when people are getting data for the first time,” he said.

One of Internet.org’s biggest fans is Mario Zanotti, the senior executive vice president of Millicom International Cellular SA, a global player with about 56 million subscribers in Africa and South America.

Vouching for Zuckerberg’s Internet.org, Zanotti claimed its introduction had increased Millicom’s data users by as much as 50% in Colombia in just a matter of weeks, while growing its number of smartphone sales in Tanzania tenfold, reports IBT.

“It's very good,” Zanotti said. “It increased the penetration of data in the whole customer base, so there’s a whole bunch of people who didn't use any data plans who are now using, actively using, and paying.” 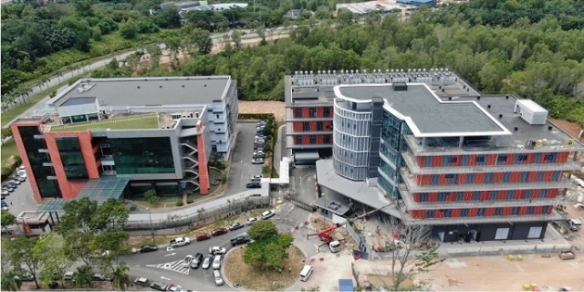