NEWS ANALYSIS AS the world recovers from arguably the biggest tech news so far this year – that Facebook is splashing out a whopping US$19 billion for messaging player WhatsApp – analysts are in two minds as to whether the deal is worth the price, what its strategy is for the new entity, and how the social networking giant will monetise the newly bought asset.

On Feb 21, the Menlo Park, California-based social networking giant said the US$19-billion buyout involved US$4 billion in cash, US$12 billion in stock and US$3 billion in restricted stock that will be vested over several years.

Despite being a sweet deal for the founders, industry reaction to Facebook's acquisition as a whole remained mixed. Reuters reported Morningstar analyst Rick Summer as saying that while investors may welcome the addition of such a high-growth asset, it may point to an inherent weakness in Facebook that has seen growth slow in recent quarters.

“This is a tacit admission that Facebook can't do things that other networks are doing," he said, pointing to the fact that Facebook had photo-sharing and messaging before it bought Instagram and WhatsApp.

“They can't replicate what other companies are doing so they go out and buy them. That's not all together necessarily encouraging, and I think deals like these won't be the last one and that is something for investors to consider.”

Still, there are some other analysts who believe the buy is a good deal for Facebook as WhatsApp is a growing mobile app and is expected to breach the one-billion subscriber mark in 2015 from its 450 million base today.

Another plus point is the fact that WhatsApp’s active subscriber engagement stands at 70% as opposed to Facebook’s 62%, noted other analysts.

“Looking past the sticker shock of US$19 billion ... We view [the deal] as an offensive move to gain additional share of the consumer's time spent,” Credit Suisse analysts said in a Reuters report, noting that Facebook was paying about 11% of its market value to gain a 30% rise in engagement.

According to Analysys Mason, messaging apps are currently used by more than half of smartphone users worldwide and WhatsApp dominates this market with a 45% user market share.

The London-based research firm noted that the Mountain View, California-based startup's engagement levels are the envy of the industry, noting that when WhatsApp recorded an all-time high of 10 billion outgoing messages in a single day in June 2013, it equated to more than 30 messages sent per person per day. Making sense of it

But just how much is US$19 billion in terms of investment figures?

To put things in perspective, consider this: Hewlett-Packard paid US$25 billion for Compaq Computer Corp back in 2001. US$19 billion is a little more than Sony’s market value today, which stands at US$17.7 billion; and American Southwest's market cap is US$15 billion today.

Facebook is also paying double its annual revenue for WhatsApp and the deal is worth more than it raised in its own IPO (initial public offering), underscoring its determination to win the market for messaging, said a report by Reuters.

Martin Garner, senior vice president of CCS Insight, argued that the US$19-billion dollar purchase price for such a young company without a fully developed business model has been heavily influenced by Facebook's defensive mindset and a desire to ensure WhatsApp didn't fall into the hands of a competitor.

Last year, speculation was rife that Google tried to acquire WhatsApp for around US$10 billion, but that deal didn’t materialise.

The WhatsApp deal isn’t the first time Facebook bought a startup without a proven revenue model. In April 2012, the social networking giant paid US$1 billion for Instagram.

It is not alone in splashing cash. Google last June paid US$1.1 billion for Tel Aviv, Israeli-based mapping and direction software company Waze, and more recently shelved out US$3.2 billion for Palo Alto-based Nest Labs, a hardware company.

Though the pricing of these earlier deals did catch the eye of the tech industry, many could make sense of the technology synergies in those deals as well as the relatively lower figures, compared with Facebook's US$19-billion acquisition of WhatsApp.

For example, Nest designs and manufactures advanced sensors, which is a key area for Google's vision of getting into the consumer's homes, in tandem with the rising Internet of Things (IoT) trend. Ditto for the Waze acquisition, which Google used to enhanced its own mapping software, Google Maps. 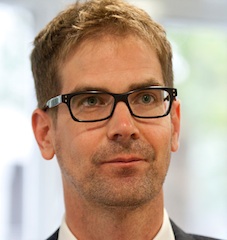 “Facebook failed to anticipate the way that messaging apps have transformed social networking on mobile devices,” Sale said in a note.

“Its own Messenger app has slipped in the rankings and WhatsApp has emerged as the global leader, with a user base of 450 million,” he said, adding that the latter company has a stronger bias towards the young, compared with Facebook.

Eden Zoller of Ovum said that with this acquisition, Facebook has gained access to WhatsApp’s large repository of phone numbers, which was a missing link for the social networking giant’s user information that bridges the offline and online worlds of its users.

“WhatsApp will also enhance Facebook’s mobile strategy and make the service grow faster and be stickier with 'mobile-first' users,” the principal analyst said in a note.

“Facebook will in turn provide WhatsApp with the funds and resources it needs to develop the service and become an even stronger competitor in an increasingly over-crowded messaging market.”

What’s behind the strategy?

Facebook has said that it will continue to let WhatsApp function as a standalone brand and that it would also not introduce intrusive advertising, as there are alternative routes to advertising revenue.

Richard Greenfield, an analyst with BTIG Research, noted that as with the case of Instagram, there is not necessarily a direct linkage to Facebook’s core product as the apps operate separately with their own distinct brands.

“But they are key apps where mass quantities of people are spending time on mobile devices and in two activities that are core to the original Facebook user experience – pictures and messaging,” he argued.

Greenfield said post-IPO, Facebook began focusing much more on mobile and enhanced its core mobile product to provide a great user experience, but has been far less successful leveraging its core mobile app into other widely-used mobile apps such as Facebook Camera or Poke.

With the acquisition of Instagram and now Whatsapp, Facebook is looking to aggressively use its balance sheet strength and equity valuation to uniquely give itself an advantage to acquire a category-leading mobile app, he explained.

“Facebook notably increasing its already dominant share of mobile device time spent appears to be a logical decision that will bear fruit long-term, even if the return-on-investment path is far from clear today,” said Greenfield

Concurring with this view, tech news portal CNET cited Macquarie Equities Research, which said that while the price tag is unfathomable based on any near-term multiple, it would need some time to see if the price actually looks more reasonable given Facebook's long-term plan for WhatsApp.

Meanwhile, Analysys Mason’s Sale believes that Facebook could use WhatsApp data to enrich its social graph and identify influencers in communication networks, which can be in turn used to enhance its service to advertisers via established channels.

Facebook will need to develop WhatsApp but must ensure it does so in a way that does not compromise the appeal of the core service that has proven so popular with users, added Ovum’s Zoller.

“Under its own management, WhatsApp had made a point of staying true to its messaging roots and aimed to remain a pure-play messaging service by avoiding broadening the platform to support additional services such as games," she argued.

Rakuten snaps Viber up for US$900m