M-commerce: Singapore behind the SEA curve in shopping

SINGAPORE mobile Internet users trailed behind their South-East Asian neighbours – including Vietnam – when it came to making a mobile shopping purchase in 2014, with only the Philippines faring worse, according to a MasterCard Mobile Shopping Survey.

Only a third of respondents in Singapore with mobile Internet access made a mobile shopping purchase in 2014 (36.7%), up from the 31.4% in 2013, MasterCard said in a statement.

The MasterCard Mobile Shopping Survey results are based on interviews that took place between October and December 2014, with a minimum of 500 people aged 18-64, in each of the 14 markets surveyed.

The prevalence of mobile shopping apps (30.8%) emerged as one of the top three reasons why Singapore residents shop on their mobile devices, alongside convenience (51%) and on-the-go mobility (44.3%), MasterCard said.

This finding is in line with the region, where nearly half of the respondents across Asia Pacific (49.5%) cited convenience as the most compelling reason for smartphone shopping.

Two-thirds of Asia Pacific respondents also cited similar motivating factors including the ability to shop even while on the move (43.9%) and the growing availability of apps that make it easy to shop online (39.5%).

The top three items bought through mobile phones in Singapore have remained unchanged for the past three years (2012-2014), MasterCard said in its statement.

In order of ranking for 2014, they are: Clothing and fashion accessories; coupons from deal sites; and movie tickets.

Mobile purchases of coupons from deal sites dipped slightly in 2014 compared with the previous two years when these had been the top purchase.

In addition to using their mobile phones to make purchases, savvy shoppers in the region are also using them to compare prices between physical and online stores. The instant connectivity that the mobile phone affords enables consumers to immediately obtain information to get the best available deal, be it online or offline.

READ ALSO: For its next number, FashionValet gets physical

Close to half (44.5%) of the respondents surveyed (or interviewed) have conducted price comparisons between online and offline retailers, with a similar proportion (44.2%) also stating that they have conducted research online prior to making a purchase in-store.

Furthermore, a third of Singapore shoppers also reach for their mobile phones to conduct research and price comparisons while at the brick-and-mortar store itself to validate their purchase decision (31.9%).

Close to a quarter (22.5%) of respondents also indicated that they avoided certain stores and restaurants because of bad reviews they saw online.

In a strong sign of digital convergence and how mainstream online shopping has become, the survey found that 32% feel that online shopping is the same as shopping in physical stores, with 50% revealing that shopping online is ‘essential.’

The entire online shopping experience has also been made simpler and more secure with the introduction of digital payment platforms.

“What consumers value the most are convenience, on-the-go mobility and ease of use,” said MasterCard Singapore group head and general manager Deborah Heng.

“Traditional brick-and-mortar retailers seeking to expand online would be well-placed to capture the e-commerce pie if they develop an online interface optimised for both desktop and mobile.

“This ensures a seamless online shopping experience from browsing to payments, so that shoppers do not abandon their shopping cart due to difficulties at checkout such as page loading errors and difficulties in making payment,” she added. 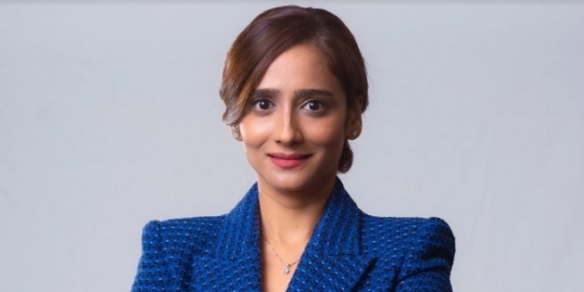