ASIA’S appetite for online shopping has shifted from the PC to the smartphone with more than half of Indonesian and Thai consumers using their mobile phones to shop, according to the latest MasterCard Online Shopping Survey (click chart to enlarge).

The survey, which serves as a benchmark that measures consumers’ propensity to shop online, was conducted across 25 markets between November and December 2012.

The report for the Asia  Pacific region included interviews with 7,011 respondents from 14 markets who were asked questions about their online shopping habits.

China leads the region overall as the market with the most propensity to conduct online shopping (102 Index Points), ahead of New Zealand (87), Australia (85), Singapore (84), and South Korea (82). China’s score has increased by four Index Points from last year.

Two-thirds (68%) of New Zealand respondents use the Internet for online shopping among other activities, and 82.3% shopped online in the past three months. Singapore and Hong Kong, Asia’s premier shopping hubs, recorded the biggest increases in online shopping behavior with both markets registering a nine-point increase in 2012.

MasterCard’s survey revealed a notable increase in smartphone shopping. Indonesians top the region with more than half of respondents (54.5%) using their smartphones to shop in the last three months. China follows closely with 54.1% and Thailand with 51%.

About 40% of online shoppers in Hong Kong, South Korea, and Singapore – which also have high Internet-enabled mobile users – made a purchase with their phone in the past three months. The least likely to shop online via their mobile phones, though, are respondents from New Zealand (18.2%), Australia (18.7%), and the Philippines (21.4%).

One in five of Asia/Pacific’s shoppers purchased a fashion item using their mobile phone in the past three months. Australians (32.4%), Koreans (28.8%), and Singaporeans (28.5%) have bought something ‘fashionable’ online through their smartphones.

“With the exception of a few markets, online shoppers are becoming more confident about using their phones to shop and I’d expect that trend to continue as more sophisticated technologies come onto the market and more products are offered online,” he added.

Across all 14 Asia Pacific markets, mobile banking apps had the highest awareness-familiarity levels at 45%, followed by in-social-networking-app shopping (34%), in-game-app shopping (33%) and SMS/MMS-based payments (31%).

For Mobile NFC Payments, 70.3% of the respondents who are aware or slightly familiar with the technology will likely try and adopt it in the first 12 months of its introduction.

About the same have expressed interest in digital wallets (71.5%) and SMS/MMS-based payments (72.5%). Even social-networking-based shopping apps are poised to be welcomed and tried by 70.7% of the respondents across Asia Pacific.

When it comes to buying from foreign websites, more than one in three respondents across Asia Pacific felt buying locally was safer as they were afraid of scams and perceived a possible risk of information being compromised.

Among those who did not make an online purchase in the three months preceding the survey, more than one-third cited being unsure about the safety/ security of making transactions online as their key barrier.

When asked about possible improvements to online shopping, security-related improvements, namely a greater assurance that transactions are secure as well as enhancements to payment security to improve users’ confidence ranked high among respondents.

Topping the list of categories that interest them are coupons/ deal sites, which interested close to 40% of the respondents across the 14 markets surveyed. These types of sites are particularly strong in China (70%), Hong Kong (54%), Vietnam (51%), South Korea (50%), and Singapore (47%).

Fashion-related items are also of interest to most of the respondents across Asia Pacific with 35% indicating interest in this category. These items, however, elicit stronger interest among Chinese (54%), Thais (43%), South Koreans (43%), New Zealanders (40%), and Australians (40%). It is least likely to be of interest to Indonesians (18%), Indians (24%), and Malaysians (26%). 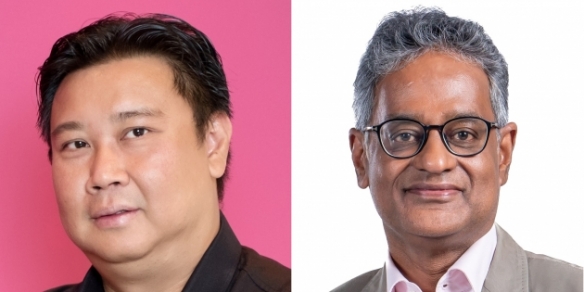