OVER the years, mobile users have seen plenty of apps designed for smartphone and tablet readers.

Most of these apps allow users to choose the kind of content they want to consume, and present it in a way that is concise and convenient. Examples of some popular ones are Flipboard, Pulse, Circa, Feedly, Google Currents, and Zinio.

These apps require intervention on the part of users. At least once, usually the first time, users would have to choose the content and set their preferences before they can start using the apps.

But according to Marc Lourdes (pic above) of Yahoo! South-East Asia, these kinds of apps aren’t truly news aggregators, and while they serve a niche market, they aren’t designed for many of today’s modern and young readers in mind.

Speaking to Digital News Asia (DNA), the newly-appointed managing editor of Yahoo! News Digest for South-East Asia [designation corrected] contends that many readers today want very much to catch up with the news but just don’t have time to sift through the plethora of content that is out there on the Internet.

They also do not want to bother with setting up specific news channels from particular websites, and prefer to have them aggregated and delivered to them in a convenient and concise package, he adds.

Citing Yahoo! research, Lourdes says this is why the Sunnyvale, California Internet giant has created an app which it believes users would be clamouring for.

“We created Yahoo! News Digest as an app for the ‘five minutes’ kind-of-news’ people,” he says. “This audience are not news junkies, but they are people who still want to know anything and everything but are limited by time.”

Yahoo! News Digest is based on work done by British-Australian teen sensation Nick D'Aloisio, who at the age of 15 coded an app with an algorithm that automatically shortens articles into bite-sized summaries of fewer than 300 characters.

The “Internet boy genius,” as some have called him, started the project out of the frustration he experienced while studying for his History exams, according to the Huffington Post.

In 2013 however, Yahoo! snapped up D’Aloisio and his creation for a reported US$30 million, according to tech blog All ThingsD.

Yahoo! subsequently withdrew the Summly app from the Apple Store and integrated its technology into what is known today as Yahoo! News Digest.

Summly with a human element According to Lourdes, Yahoo! News Digest’s main proposition is no longer merely about D’Aloisio’s algorithm that summarises news, but supplementing it with a human element – that of a 24/7 news crew that tracks the news and adds value to it.

Lourdes says three teams – based in California for the United States; London for Europe; and Singapore for Asia – practise the ‘follow-the-sun’ model in three different time zones.

The three teams take the summarised news churned out by D’Aloisio’s technology and supplement it with supporting content, thereby making Yahoo! News Digest a ‘rich-media product’ for its readers.

“Take for example last month’s Typhoon Vongfong in Japan. Besides summarising the news, we added social media links on Twitter about the typhoon by relevant people; Wikipedia links explaining how typhoons come about; information on the history of typhoons in Japan; infographics and pictures of damage; and weather maps showing the regions affected.

“If it were a business story about, say, a large acquisition, we would include stock quotes, market analyses, links to other in-depth stories about the deal, pictures, and other background information about the company,” says Lourdes.

He says the main idea behind Yahoo! News Digest is to give readers the widest possible news, digested and delivered in a friendly, easy-to-use mobile app, while empowering them to be able to choose the information they want to consume and follow up, if they so desire.

Readers today suffer from news fatigue, where they are just bombarded with too much information without any context to it, he argues.

“Yahoo! News Digest aims to give a much more rounded news package, summarising everything in its proper context, giving them the power to follow up if they want to.

“The app helps the reader have a ‘start and end’ to the news cycle, a lot like the traditional newspaper, where there is a start and end page,” he points out.

This is another reason why Yahoo! News Digest will not consist of breaking news – news that is completely new or current – but will give a snapshot of all the world’s most important news in five minutes or less; and in as many categories as possible – politics, economics, lifestyle, sports, arts, technology, or human interest stories.

Lourdes says push notifications come to the app twice a day, once in the morning at 8am and the other at 6pm, which he says pretty much follows the cycle of a typical working day.

Readers can also have a choice of US, Europe or international-centric news as their default ‘home’ page. When asked if Yahoo! had a revenue-generating business model for News Digest, Lourdes says “not at the moment,” adding that the focus News Digest is to build an audience and readership first.

“Currently, only the US version of the app has a monetisation [element] for now, although the platform is able to monetise content through advertising,” he says.

“Our goal for [the international section] now is to build an audience first and expand the number of operating system (OS) platforms it supports.

“We’ve got it done for Apple and Android and are working on getting it ready for the Apple Watch,” he says, adding that those are the only OSes Yahoo! News Digest supports as of today.

Lourdes claims that Yahoo! has seen a “significant” number of users downloading and using News Digest, although he declines to disclose actual figures.

“We have a good conversion rate; our daily download active users stand at about 40% while our monthly download users are at about 65%. This means that on average, 40% and 65% of people who have downloaded the app use it every day and every month respectively,” he says.

As for competition, Lourdes does not consider Flipboard and other personalised news reader apps as competitors, but rather the likes of New York Times Now, Circa News AJ (Al Jazeera) Plus, as well as email alerts from Time Magazine.

“Taking into account our competition, I believe we are the only app that compiles everything and adds news value at the same time.

“Our users have also given us good feedback and comments, as have some reviews. At the end of the day, it’s about the audience – how happy and engaged they are; and we believe they are,” he adds. 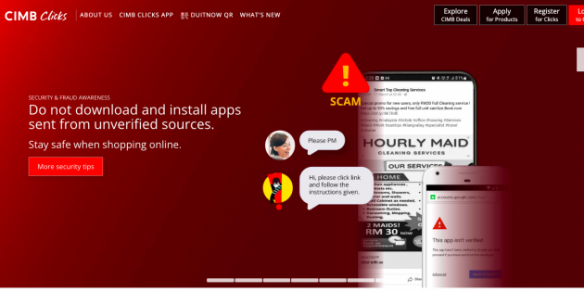