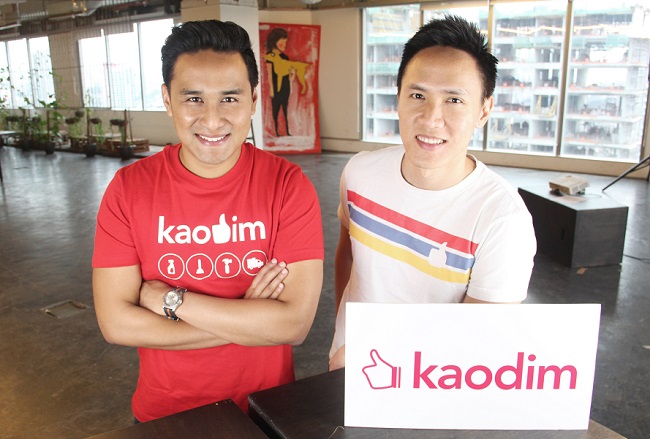 MALAYSIAN-based services marketplace Kaodim has announced a US$4-million Series A round of financing led by Venturra Capital, which it said would fuel its regional expansion.

Also participating in this round were BeeNext and existing seed investors 500 Startups and East Ventures.

Kaodim had previously raised US$550,000 in seed funding from 500 Startups, East Ventures and KK Fund.

Available via the Web and a mobile app, Kaodim matches users with vetted and verified service providers like plumbers, cleaners, electricians and photographers. Users can either compare prices or get premium service providers on demand, the company said in a statement.

Since its launch in November 2014, the company has achieved “really impressive numbers,” said Venturra Capital managing partner Stefan Jung, adding that “tens of thousands” of people have successfully hired a service professional through its platform.

Kaodim said it is growing its business by 60% month-on-month, and currently has operations in five cities: Kuala Lumpur, Penang and Johor Baru in Malaysia; Metro Manila in the Philippines; and Singapore.

“As of February 2015, even before the first seed funds came in, the Gross Merchandise Volume (GMV) was touching US$10 million,” claimed cofounder and managing director Jeffri Cheong.

“With US$4 million, we expect our GMV and the number of requests we process to grow significantly, fulfilling Kaodim’s mission of helping local businesses thrive,” he added.

The company said it will use its new funds to launch in other major cities in South-East Asia and expand its product offering to include other services in the home, lifestyle, wellness, education and business categories, among others. Over the last few months, Kaodim has seen a number of competitors enter the space. The injection of funds will drive plans to maintain and build upon its lead in the region, it said.

“We remain focused on building features that will enhance the user experience for those searching for services and the thousands of service providers who rely on Kaodim to grow their business,” said cofounder and chief executive officer Choong Fui-Yu.

“Over the last 12 months, we’ve built a tech, operations and marketing infrastructure that allows us to scale to new cities quickly and effectively,” he added.

Key to the team’s expansion ambitions is localisation, which is reflected in how the services are branded in different markets such as Kaodim.sg in Singapore and Gawin.ph in Philippines.

In Cantonese, ‘Kaodim’ means ‘job done,’ while ‘Gawin’ means ‘do it’ in Tagalog, the company said.

Service startups: A trend that is sweeping up?

From brace wax to US$500K funding… in one month