ANYONE who listened to S.Y. Lau, the Malaysian-born senior executive vice president of WeChat developer Tencent Holdings and president of its Online Media Group (OMG), speak at the April CMO (chief marketing officer) conference in Kuala Lumpur would have realised that on-demand services was a rising phenomenon in urban China.

In Kuala Lumpur, three young men have proven, and did so in a month, that the phenomenon is well and alive in Kuala Lumpur as well. Their startup Be Lazee Group Sdn Bhd runs the Be Malas portal (‘Malas’ is the Malay word for ‘lazy’).

And if you think it is just an urban phenomenon, then meet Koichi Saito, founder and general partner of KK Fund Pte Ltd based in Singapore.

He just led a US$500,000 seed funding round, with two other venture capitalists (VCs) who prefer to remain quiet, into the Be Malas trio of founders: Adlin Yusman, Suthenesh Sugumaran and Puvanendren M. Maniam. 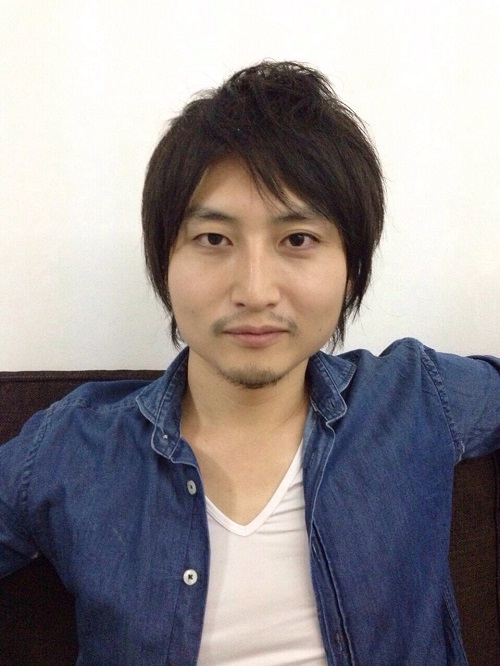 It was the fastest investment Saito (pic) had made in his two years as a VC – it took him only two days.

“I have been looking for such a mobile messaging service that acts as a commerce platform in South-East Asia and East Asia, as the mobile-centric culture here is well suited for this service to take off,” he tells Digital News Asia (DNA).

It also helped that the Be Malas team was one of the strongest he has ever seen, he says.

“This type of business has low barriers of entry, so it really depends on how fast the team moves, expands and executes,” he adds, highlighting the founding trio’s previous experience with Groupon Asia.

“The founders have Groupon’s DNA (deoxyribonucleic acid) of focusing on speed and know-how of regional expansion. I could see their strengths in the first meeting with them in Kuala Lumpur,” he adds.

Saito’s quick investment into Be Malas also, for now at least, makes it the fastest a Malaysian-based startup has raised a seed round of around US$500,000.

Kaodim, a home renovation marketplace, raised US$530,000 (at current exchange rates) within the third month of its launch.

Incidentally, Saito’s KK Fund is also an investor in Kaodim and actually, all three of his investments thus far have been in Malaysian-founded and based startups. Be Malas – with its motto ‘we work hard, so you can be lazy’ – operates what can be seen as an SMS-based concierge service, using real people to help customers with all their requests, whether it’s picking up lunch or helping with taxes … as long as it’s legal.

The Be Malas founders, with a combined nine years’ experience in e-commerce companies, confess to being surprised themselves – not just at how fast they have managed to raise funding, but at the traction their SMS-based service has received.

From their first order of brace wax (wax for teeth braces), they have raised their seed round in one month.

Their concept was modelled after a similar startup in the United States called Magic. A conversation with the trio proves rich with various anecdotes of quirky to bizarre to downright mundane requests from users.

“It’s been epic,” says Adlin, the chief executive officer with a flair for media-friendly sound bites.

Great fodder for conversation aside, underlying the anecdotes and amusing stories after going live on April 19, is this:

“We find our stickiness is very strong with users, and as a result we stopped our Facebook advertising campaign that we only ran for the first two weeks on going live,” says Adlin.

The striking thing about Be Malas is that it has raised money with essentially a very low-tech service, and with its app still six months away.

It is its ‘high touch’ element that has struck a chord with users. “Unlike other automated concierge services, we let you change your mind after the order has been confirmed,” says Suthenesh, or ‘Nash’ as he is called.

Essentially the CMO of the company, Nash says he has also been on the road every day, from 6am onwards, both buying and delivering customer orders, especially the more complex ones. But all three founders realise this high touch element has its limits and cannot be scaled.

This is where the layer of technology comes in, as well as the eventual partnerships with both merchants and third-party logistics providers (3PLs).

The tech component will come though their concierge-like service, allowing them to build a profile of their users. The more a user relies on Be Malas, the deeper a picture that can be built about that user.

“It is the holy grail of the customer lifecycle, and when we can paint such a picture of our users, it allows us to go to the ‘Operator’ model in this space,” says Adlin, referring to the app Operator, launched by Garrett Camp, a cofounder of Uber.

The Operator model is in essence a request network, which is really what Be Malas is now but with one significant difference: The actual purchase of products and services and then delivery are done by third parties and partners.

This then reduces the cost of the company that has achieved the position of being the request network, and increases its influence as it controls the buyer’s information.

To be sure, the startups playing in this space are new, although the digital-enabled concierge play is not new at all.

It is likely a confluence of factors that has led to the market being ready now. As witnessed by a recent TEDtalk by Idea Lab founder Bill Gross, the single biggest factor in the success of startups seems to be timing.

Both Magic and Operator in the United States are just months old, as is Be Malas, and in theory everything sounds really promising, but there will be more developments in this space.

Still, in Malaysia at least, Be Malas has put itself in the forefront of this emerging ‘Request Economy,’ as Adlin terms it.

In fact, Be Malas launched its service in Singapore recently, and plans a Hong Kong launch in the next few months. Any market outside Malaysia will be served through the site Be Lazee.

The response from these two markets will determine not just the repeatability and scalability of the model, but the valuation it can get for its Series A.

And yes, the trio are already being sounded out about their next funding round. But they are in no rush, with Adlin stressing, “We want to make sure we create actual value before exploring that option.”