APPLE Inc is the richest company in the world, considered the most valuable brand in technology, and when it comes to its ubiquitous iPhone, specifically the flagship iPhone 6, the top-of-the-line models retail at close to US$1,000.

A comparable Xiaomi Redmi? US$150.

GoPro’s high-definition camcorders transformed it into one of the fastest growing media companies in the world, created an entirely new industry of video photography, and its most advanced Hero4 action camcorder retails for US$400.

Fitbit successfully rode the IoT (Internet of Things) wave that catapulted its fitness trackers to becoming some of the world’s most popular wearable tech, solidified its place at the centre of health-centric big data and analytics … and its high-end consumer model Fitbit Charge retails for US$120.

A comparable Xiaomi Mi Band? US$13.

The fundamental problem with hardware is that it is, by definition, subject to commoditisation. Indeed, that is its primary advantage: If hardware can be reproduced at scale, it allows for greater distribution, a higher rate of consumption, and, as a consequence, can reach a larger market of consumers.

As its economies of scale grow, the cost to reproduce those goods goes down, facilitating an increase in their consumption and a greater share of the addressable market. In conjunction, the margin between the cost to produce goods and the price at which they sell can be kept intact, thereby enriching the company. That’s Capitalism 101.

The difficulty in this model is that the cost to produce goods is already incredibly low. Entire factories can be commissioned in a relatively short timeframe, scaling globally is much faster, and third-party logistics providers are capable of delivering to the very last mile.

Innovation in supply-chain management, manufacturing, and distribution means that companies can reproduce efficiently, cheaply, and faster than ever before.

The problem is that companies can copy just as quickly.

Hardware companies reliant on the commoditisation of their products will always be susceptible to copycats. The particularly vulnerable ones are those that have already reduced their margins as far as possible while still supporting the innumerable number of other costs associated with running a large company.

A leaner manufacturer, with a similar product, a more innovative supply chain, and greater flexibility in its margins, can undercut its more bloated competitors. Xiaomi is a perfect example. Whether it is in mobile phones (pic above), action camcorders, or fitness trackers, Xiaomi not only produces products of similar quality to its competitors, its management of the supply chain, distribution networks, and original equipment manufacturers helped it carve out a significant portion of market share in a very short period of time.

This understanding informs investment decisions as well. Investing in hardware, especially in South-East Asia, is already risky, but it becomes even more so if the company’s success is dependent on simply scaling up its manufacturing and selling to as many people as possible.

Because there likely is going to be another company that can get in cheaper, faster, and to a wider market.

But all this assumes that hardware companies need to remain reliant on this model.

Those other strengths can be diverse: A ‘closed-garden’ ecosystem of compatible programmes and applications; an unparalleled brand or user experience; or inimitable intellectual property.

Sometimes that value is unquantifiable. The Apple brand (pic below) represents a particular type of consumer; the Zappos customer experience conveys a ‘customer first’ mantra.

Other times, that value is very easily captured: The ‘closed-garden’ ecosystem of Android means that a user has access to hundreds of thousands of applications exclusive to that platform, or GoPro users are sharing and selling their content to a very exclusive community of like-minded individuals, distributors, and advertisers.

In these instances, hardware isn’t the end goal, but the pipeline through which additional value is sold. That’s ultimately how hardware companies succeed and remain successful, and this rule applies even here.

In South-East Asia, where the purchasing power of your average consumer is orders of magnitude smaller than in the United States or Europe, a price differential of even a hundred dollars can mean the difference between an expensive iPhone and a refurbished Xiaomi, and subsequently, the opportunity to upsell, upgrade, and retain that same customer for many more dollars throughout his or her lifetime.

The same goes for any number of similarly-capable products with nevertheless very different price points.

Because at the end of the day, you can build an iPhone clone, but you can’t clone Apple. 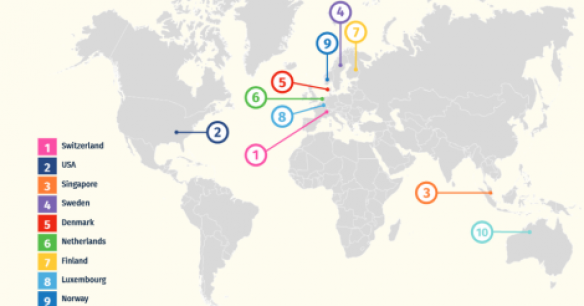