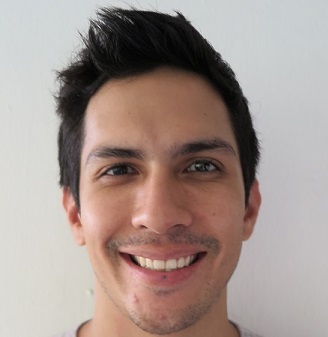 THERE’S a lot of money pouring into the ecosystem. I think I’ve made that abundantly clear by my previous columns, but to emphasise: At least US$2 billion is coming into South-East Asia, and it’s going directly into technology companies across the region.

Viki’s US$200-million acquisition by Rakuten, the purchase of JobStreet’s Internet business for US$530 million, Zendesk’s transaction for Zopim at US$30 million – all tremendously successful, but only a precursor of what’s to come.

There’s simply too much money, from too many sources all competing with one another, for too few regional deals.

Not only will there be a rise in the quantity and size of institutional funds, merger and acquisition (M&A) activities will be led by Japanese and Singaporean money. And once China steps into the game, thanks in large part to Alibaba’s massive wallet, M&A activity will skyrocket.

More successful exits will manifest itself into more and more money flooding into the ecosystem, even larger exits, and even greater numbers of unhappy, visionary employees flipping their bosses off before creating their own startup.

What’s this all mean?

With the increasing frequency and size of exits, it’s a great time to be an entrepreneur or investor in South-East Asia … but even the most successful entrepreneurs or investors may not see them.

There is a pipeline to an exit slowly beginning to emerge in South-East Asia. Like startups, like investors, not all exits are created equal; while most exits are ‘wins,’ there is a clear difference between your modest seven-digit trade sale, and your mammoth 100-plus-million-dollar acquisition.

The first stage of this pipeline will involve small acquisitions, in the US$1-million to US$10-million range. Much of the M&A activity occurring in the next few years will be for small, local startups – market leaders in their own right, but still relegated to a single country that, relative to South-East Asia, is relatively small (Indonesia being the notable – and only – exception).

These exits will be presumably small, quick-to-transact, and without a doubt, part of a larger roll-up or consolidation.

The second stage of this pipeline will be in the rollup of these local startups into a consolidated entity, which by right will now be a significant regional player.

As these entities become more numerous, they’ll begin aggressively consolidating more and more properties, a throwback to the first stage of the pipeline.

As a result, the price of these individual purchases will increase, necessitating further investment – essentially, institutional money will be required to fund and sustain M&A activity across South-East Asia.

The last stage of this pipeline will be in the exit of the regional entity itself.

South-East Asia is a tremendously difficult region to scale across. Companies that do so successfully will command a premium from acquirers, especially those from Japan and China.

Indeed, a majority of the massive trade sales, those fabled US$100-million-plus acquisitions (and this number is conservative), will originate from these countries. These exits will spur more money, especially from international funds, to begin investing more aggressively across the region, further perpetuating this cycle.

The one problem? Local entrepreneurs and investors can and will get squeezed out of those large exits.

For the former, scaling is always difficult; scaling into another country even more so. For many startups, a small trade sale is all they can expect.

This is by no means an indication of failure; any entrepreneur that can sell his or her company has succeeded, period.

But South-East Asia is still too fragmented, too nascent, for there to be more than a handful of huge winners in any particular industry.

Local investors will also feel the squeeze. Generally bound to a smaller cheque size, angels and early-stage investors may increasingly see their shareholders bought out by later stage investors and subsequently pushed out of larger deals.

While these can also be considered wins in their own right, they're hardly the billion-dollar exits that make or break funds and investor reputations.

For one, as round sizes grow larger – in large part due to the recent influx of available funding – early-stage investors simply won’t be able to keep up.

For another, as investors necessarily become more competitive, later-stage funds will often push out early-stage investors to increase their own stakes, leveraging their larger wallets to secure terms more amenable to them.

This has happened, and it will become far more commonplace.

To local entrepreneurs, my advice: There are others in the same space as you, so consolidate if you can. Certain companies can create entities that are literally greater than the sum of their parts. Take advantage of that.

To local investors: International investors are starting to pay close attention to South-East Asia, and they will try to aggressively push you out of deals. The most successful local and regional funds will be those that not only write larger cheques, but have proprietary access to acquirers, something that international funds do not have yet.

Venture capital in South-East Asia is in a state of flux: Money is pouring in, but the exact effects of that shift haven’t been fully realised. 2015 will be the year that this money begins to settle down into distinct patterns and trends of investment, and the industry itself becomes more mature, more dynamic and, most importantly, far more competitive.