The network is the critical backbone of the IoT 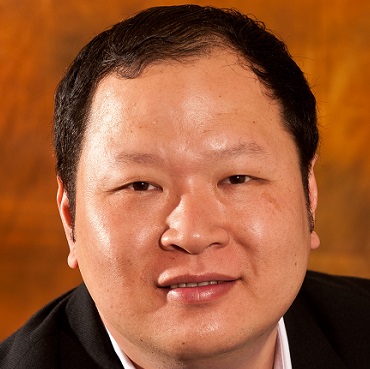 THE hype around the Internet of Things (IoT) does not always fit with a business case that CIOs (chief information officers) can take to management with an accurate cost overview, or prove how ROI (return on investment) will be achieved.

In reality, to deliver on the promise of the IoT, there is a pragmatic first step CIOs need to take when assessing cost and components for IoT implementations.

Organisations need to realise that a significant upgrade to existing network infrastructure will be critical.

All too often, today’s emerging technologies are reliant on outdated networking technologies. These systems simply cannot cope with the pressure exerted by the exponential increase in data traffic and the number of connected devices, which will only increase as IoT becomes commonplace.

A radical new approach, based on fabrics, will therefore be critical if we are to truly create a world where data and applications can be accessed anytime, anywhere, from any and every device with an IP (Internet Protocol) address.

This in turn means that scalability and flexibility in network infrastructure are critical to enabling organisations to service more users, applications and data.

Virtualisation in businesses is well established in the physical layer, and at Layer 2 to an extent, but it needs to extend to the network layer in order to accommodate the increasing number of constantly connected endpoints that IoT will bring. A Brocade study has found that nine out of 10 IT decision-makers admit their infrastructure requires substantial upgrades.

Therefore, it is clear that the network has to evolve. If it does not, the potential benefits of IoT will never be fully achieved.

There needs to be a careful balancing act between what users want and what can be delivered without compromising bandwidth speeds and security. CIOs and IT departments need to be careful not to overload users with information that isn’t relevant and which may over-complicate things.

Robert Metcalfe, the inventor of Ethernet, states that the power of a network increases by the square of the number of nodes connected to it.

According to IDC, the total ‘Internet of Things’ market including technologies and services will be US$8.9 trillion by 2020, with 212 billion devices connected to the Internet, exponentially increasing the power of the network.

To deliver on this promise, organisations first need to ensure that their networks will be able to cope with the massive increase in traffic that it will inevitably bring, by investing in more scalable and flexible network infrastructures.

Fortunately, the next stage in the network’s evolution is here.

Software-Defined Networking (SDN) can help in radically transforming the network, unlocking its intelligence to provide the new services and powerful analytics that are needed to deliver the applications and services demanded by today’s business leaders, employees, and their customers.

SDN will drastically alter how network infrastructures are configured and managed, giving IT teams greater automation, rapid application deployment and ease of network management – with the potential to turn the promise of new and evolving technologies like cloud, big data, seamless mobility, and the IoT, into a network of the future that will be multiservice, multitenant, hardware-accelerated, and software-controlled.

Sean Ong is the country manager of Brocade Malaysia.