ANALYSIS: MALAYSIA’S audacious and controversial plan to employ a single wholesale network (SWN) in its bid to build the country’s next generation 5G network has met with a continuum of views, with some in the industry questioning whether it is the best course of action.

Along with the federal government, there are some who believe that employing an SWN would save telco mobile operators billions of capital expenditure (capex), forcing them to concentrate on introducing innovative services, as well as to not duplicate building infrastructure, and bring much-needed high speed bandwidth to rural areas.

On the other end of the spectrum are those who believe that the government should not intervene in market forces that have traditionally driven the telco industry to introduce myriads of new innovative services.

Moreover, it should not introduce a new, inexperienced entity, with neither sufficient expertise nor incentives to directly drive 5G rollout, as well as to use a business model that has to date not been proven to work anywhere else in the world, they argue.

On Feb 22, the Malaysian government announced that it would speed up 5G deployment through the use of a ‘special purpose vehicle’ (SPV) that will receive 5G spectra, as well as build, operate and lease 5G infrastructure to new and existing telcos by the end of 2021.

Dubbed Digital Nasional Bhd (DNB), the SPV is expected to invest a total of US$3.6bn (RM15 billion) over the next decade and will be given the appropriate spectrum to own, implement and manage 5G infrastructure.

In announcing the plans, Fadhlullah Suhaimi, the Malaysian Communications and Multimedia Commission (MCMC) chairman, told the media that DNB will be fully owned by Malaysia’s ministry of finance (MOF).

The head of Malaysia’s regulatory agency stressed that all licensed telcos will have equal access to infrastructure.

“The SPV is a single entity that will come under the purview of the MCMC. We will ensure all players – existing and new ones – will have fair access to the network and its capacity,” he had told the media on Feb 22.

“We are mindful that we don’t want any anti-competitive behaviour, and we have the relevant tools under the Communications and Multimedia Act 1998 to regulate this [space].”

The government targets to offer 5G services commercially by the fourth quarter this year. The frequency bands DNB will use for 5G are 700MHz, 3.5GHz and 28GHz.

According to the GSM Association (GSMA), an industry body that represents close to 800 mobile operators worldwide, SWNs can be generally defined as “government-initiated network monopolies that compel mobile operators and others to rely on wholesale services provided by the SWN as they serve and compete for retail customers.”

The GSMA notes that as of end 2019, the only known countries that have employed the use of SWNs for 4G rollouts are Belarus, Mexico and Rwanda.

The industry body points out that these countries employing SWNs suffered from one or more problems. These include delays to rollouts, inefficient utilisation of frequency spectrum, low 4G transmission speeds, the lack of competition and losses in revenue for the said mobile operators.

Additionally, other SWNs deployed in Kenya, Russia, South Africa have all either failed, been significantly delayed or abandoned, the GSMA notes.

Gareth Owen, associate director of research at Counterpoint Research, tells Digital News Asia (DNA) in an email interview that there may be some perceived advantages for SWNs as mobile operators do not compete in an auction or for that matter  ‘beauty contests,’ and would theoretically have more money to invest elsewhere.

“It could also provide greater coverage – particularly in otherwise uneconomic rural areas, and potentially introduce greater competition and lower prices as mobile operators do not have to invest in the networks themselves.”

That said, Owen stresses that the disadvantages of a SWN outweigh the advantages, noting that in Europe, only Poland and the United Kingdom have recently employed SWNs but only to specifically serve rural areas.

“TMPL, Orange Poland and Polkometel signed up to a SWN project in October 2019 but spectrum is currently still being used by TV broadcasters and will not be available until 2022 or 2023,” he pointed out.

Owen explains that EE (BT), Three UK, Vodafone, O2 in Britain have agreed to build a SWN in rural areas where none of the mobile operators have coverage currently. The shared rural network as it is known, will be run by a new company known as Digital Mobile Spectrum Ltd.

“Rural networks are obviously the most difficult to make a profit from, so the idea is that a SWN is a cost-effective alternative,” he argues.

“But it seems that Malaysia is the only country looking to do this for mainstream [nationwide] 5G.” 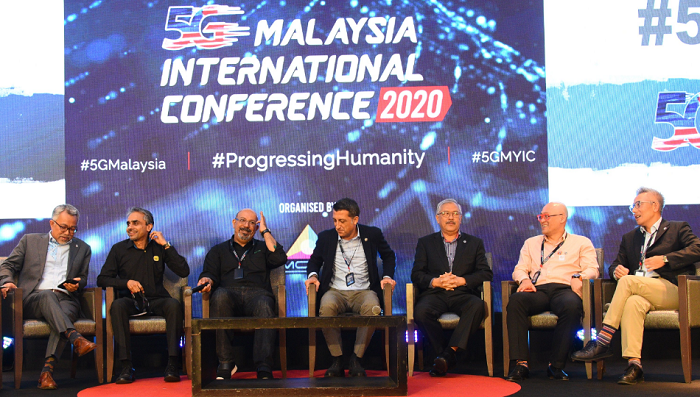 According to industry insiders DNA spoke to, it isn’t clear why the government and MCMC decided to use an unproven, SWN model to roll out 5G in Malaysia.

Before the Malaysian government fell in March 2020, the previous administration favoured a ‘single consortium model,’ where the 700MHz and 3.5GHz frequency bands were to be allocated via “a single entity comprising a consortium formed by multiple licensees, instead of individual licensees.”

The model required undertaking an open tender process to select a consortium comprising a few qualified telcos and related companies, which will build common 5G infrastructure that will be shared by all players.

This was done to lower capital expenditure (capex) by minimising costs and preventing the duplication of infrastructure, at a time where improvements in 4G networks are continuing, the MCMC had then argued.

“The move towards a SWN took us by surprise completely,” one senior industry executive familiar with telco spectrum assignments told DNA on condition of anonymity due to the sensitive nature of the topic.

The executive said just as the industry was adjusting to the possibility of a consortium idea over the traditional ‘beauty contest’ model, it was hit by the deployment of a SWN model.

“This [SWN] isn’t a proven model and has caused significant delays and losses for those who have tried it.

“Government-owned networks are rare, and in the world today, one can perhaps argue that Australia’s National Broadband Network (NBN) is the only project that is justifiable. But that is primarily a fixed-fibre project that involves extremely high capex.

“But mobile broadband has always benefited from healthy competition and we have moved away from monopolies for decades now. This to me is backward thinking.”

Still, MCMC’s Fadhlullah was adamant the arrival of the Covid-19 pandemic has forced the government’s hand to make Internet connectivity a priority in Malaysia, especially in rural areas where people are struggling to get on board.

Exacerbating these challenges is the high investment needed for 5G network roll-outs, which he claimed without citing sources, could cost between up to 75% more than what was needed for 4G.

The MCMC chairman argues that because DNB will own all 5G assets, there will be minimal duplication of network elements, reduction in the inefficiencies in spectrum allocation, and infrastructure and land approval challenges can be effectively addressed.

IDC senior research manager Zaim Halil believes the Malaysian government is hoping for quicker 5G deployment with this approach and does not want to lag behind other Asean countries that are about to roll out 5G commercially. Malaysia is seen to be lagging behind its regional counterparts such as Singapore, Thailand and even Vietnam, which has recently pushed ahead.

In response to questions from DNA, the analyst argues that accelerating Malaysia’s 5G agenda brings a few positives, especially during this time when the Covid-19 pandemic has affected the country’s economy.

By doing so, Zaim (pic) argues that Malaysia could be positioned as an attractive and advanced manufacturing hub due to its robust digital infrastructure, thereby increasing foreign direct investments (FDI) for Malaysia.

Neil Shah, research director at Counterpoint Research, told DNA that the biggest advantage of a government-owned SWN is its ability to treat the 5G infrastructure as a “basic and important utility” that can give equal access to the masses, boost the economy and bridge the digital divide more effectively.

But he warns that this could be a double-edged sword as the government building such an SWN is not its core competency.

“Also, it's unclear if the ‘access fee’ the government will charge to the telcos will be higher or lower than the overall dividend and spectrum costs telcos have been paying to the government.

“Another uncertainty is: would the government allow enterprises and newer players to license the infrastructure to build private or public networks respectively, and how much that would cost?” he asks, noting that all these questions need to be urgently answered. 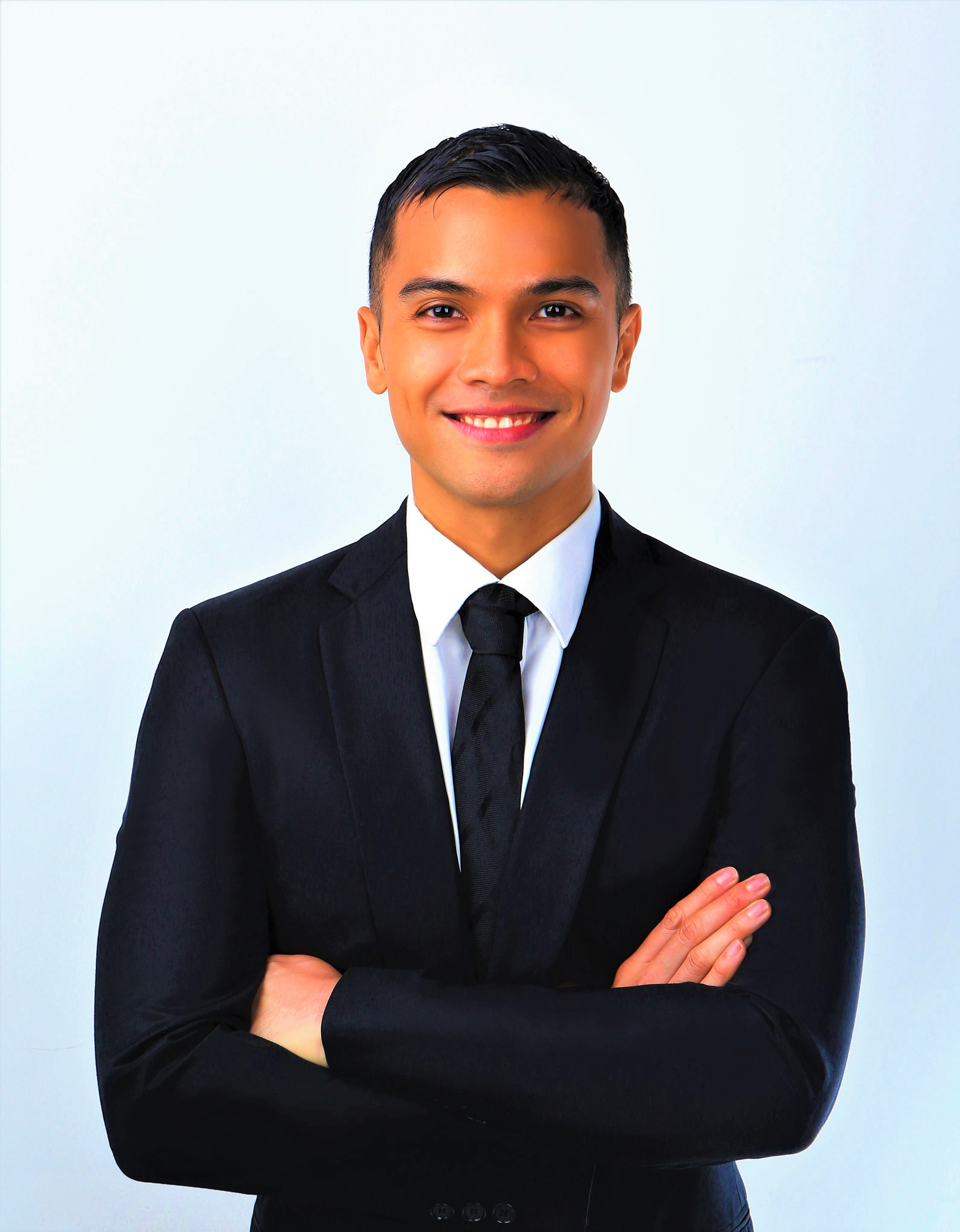 ABI Research’s industry analyst Miguel Castaneda (pic) postulates that the combination of declining revenues of mobile operators of the three big operators – Maxis, Celcom Axiata, and Digi – could contribute to this reason.

“The high capex requirements for 5G would seem to be a good justification for an SWN that is wholly financed by the government,” he opines, telling DNA in an email interview.

But conjecture aside, what is clear is that an SWN cost model is inherently inefficient because the wholesale price of access to the network is determined by the government rather than by market forces, Castaneda argues.

Doing so also reduces competition and innovation amongst mobile operators by virtue of the SWN having the sole control of the technological upgrades of a state-run 5G network such as DNB, Castaneda stresses.

“Mobile operators that have control of their own network [usually] have the autonomy and impetus to provide differentiated services and develop innovative solutions that can greatly benefit the end-user.”

Castaneda explains that 5G networks are positioned to cater to a heterogenous end user market, including both consumer and enterprises.

“Our view is that it will be an operational challenge for an SWN managed by a single entity and operating without the incentives of a firm in a free market to effectively provide quality network connectivity across a diverse pool of customers and enterprise verticals.”

NEXT UP: How would the government possibly build its SWN network