5G is coming to Malaysia, sooner than you think. While the initial timeline under the 2020 introduced Jendela plan was end 2022 earliest, it will now be as soon as in Q4 2021, “an ambitious rollout, no doubt,” acknowledges Dr Fadhlullah Suhaimi, chairman of the Malaysia Communications and Multimedia Commission (MCMC).

And what happened to trigger this acceleration? “The dynamics have changed, opportunities abound and for Malaysia and we certainly want more FDI,” Fadhlullah explains. Speaking to the media, earlier today, Fadhlullah (pic) said that this necessitated a more aggressive response from the government, “a supply driven approach akin to Malaysia’s high speed broadband approach in 2008” hence “our expediting this by a good one year”.

And while he did not elaborate on what dynamics have changed, the focus on FDI hints that this is a reaction from the government that has been stung by strong criticism across the board recently on the dramatic fall in FDI into the country last year.

Explaining that digital investment will only happen with a strong foundation, the government believes 5G can offer this foundation that can then catalyse innovation, new business models and investments into the country by investors who want to take advantage of the strong digital infrastructure. “5G is all about making the country a lot more attractive, economically,” Fadhlullah stresses.

And it goes beyond just the operators-consumer dynamic with Fadhlullah pointing out that 5G also plays a role in attracting more hypers-scale data centres and submarine cables to land in Malaysia, resulting in more data sitting in the country with higher speeds and lower connectivity costs to consumers while unleashing entrepreneurial innovation through various applications that tap on the latest technology.

And because of the urgency of the matter, and bearing in mind that 5G investments will cost telcos anywhere between 25% to 75% more than 4G, a new supply driven approach is needed where the government is “taking away the burden of investing” and take matters into its own hands by creating a Ministry of Finance special purpose entity, currently called GOM Special Purpose Vehicle (GOM SPV), that will make the necessary investments  to build a Stand Alone (SA) 5G network and provide wholesale capacity to any licensed player in the market.

This investment, according to the MyDigital blueprint, is currently estimated at US$3.7 billion (RM15 billion) over 10 years resulting in 105,000 knowledge economy jobs created. An economic analysis by a Malaysian think tank estimates that 7,000 jobs are created with every RM1 billion in network investment.

Presumably this investment will be made by the GOM SPV though Fadhlullah was unable to provide clarity here, saying, “Let’s wait for the SPV to answer this.” But the business model of GOM SPV is clear. “They will sell capacity to retail players in the market.”

This entity will be the exclusive owner of the precious spectrum that will be used for 5G ie 700MHz, 28GHz and 3.5GHz. “Being government owned, the cost of awarding the spectrum to the entity will not be high,” says Fadhlullah without elaborating. No operator will be allowed to own any 5G spectrum. They get to keep their 4G spectrum which will be augmented with additional spectrum once 3G has been phased out by Dec this year and the spectrum refarmed to operators for 4G use.

All operators will have to lease their infrastructure to GOM SPV as Fadhlullah was specific in highlighting that, “all operators, by law, have to provide wholesale access to the market.” And MCMC points out that any access to existing infrastructure would be subject to the existing access regime including access pricing. “Parties can discuss this commercially, and there is close monitoring by MCMC.”

Clearly anticipating market concern about the continuity of this single operator approach, bearing in mind the fragile political situation of the government, Fadhullah emphasizes that there will be no change in the ownership of this special purpose vehicle for the next 10 years to 2030, which is the duration of the MyDigital Blueprint.

The blueprint, which provides various plans the Malaysian government announced to accelerate the nation’s progress towards becoming a digital economy, was introduced on Fri, Feb 19. This was the first indication the telco industry had of such a common 5G network. “They did a great job of keeping this quiet from us,” notes a bemused broadband player.

To be sure, this single network concept was promoted and preferred by the previous Minister of Communications and Multimedia, Gobind Singh Deo and Fadhlullah’s predecessor, Al-Ishsal Ishak. The main difference between the two approaches is that the earlier approach was for industry to collectively own the 5G network operator and for the operators to work out the mechanics of this on their own, failing which, the MCMC would step in with its formula.

While no further details are available for now, with Fadhlullah describing this as the tip of an iceberg with more details to come soon, the operators at least will not have the headache of working out equity structure.

Instead, they will have their hands full on getting more details of the plan and rebudgeting to ensure they have their 5G core infrastructure in place (though GOM SPV could end up offering this itself) which allows them to fully utilize the benefits of 5G and be ready for the services based market competition that they now have to face.

In fact, Fadhlullah, who had a previous stint with the MCMC, says that this eventual transition to a services based model away from network based is something that MCMC has been talking about in the past. “Why are we still talking about infrastructure play? Why not offer higher value services?” he poses? “This is probably an inflection point for us. It is important for the country to have a healthy ecosystem, not just for the telcos.”

The MCMC will guide the GOM SPV on areas it has to cover and this will include all the state capitals in Malaysia, high impact economic and population areas, key rural areas. 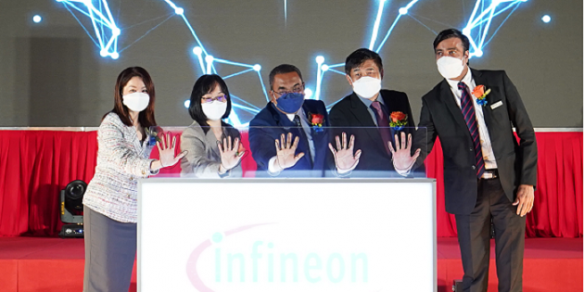