THE advertising industry has seen disruption coming for a long while. The word first gained currency in 1992, when TBWA’s chairman Jean Marie Dru published an ad titled “Disruption” globally. It refers to a radical change in a marketplace brought about by the overturning of existing conventions.

Around the time Monsieur Dru was talking about it, some people were busy inventing the internet, which was to became the biggest disruption the world (and advertising) has seen. Despite the many subsequent warning signs (loss of talent, rise of tech giants that ate publishers for lunch etc) media companies and ad agencies have been slow to adapt and change. It’s as if the industry practitioners have been watching a movie called “Titanic”, and hoping, somehow, miraculously, the ship won’t hit the iceberg. It’s been a long, at times draggy journey, but now we’re reached that point, when a flustered young man runs screaming, “Iceberg right ahead!”

Let me rehash the evidence that the iceberg is looming large:

In this context, independent set-ups are flourishing. The rise of publishers like Rev Asia, along with new consult agencies like Lion and Lion, Entropia and Ampersand Advisory is just a sign of the freezing times. It’s all about relevance and trust, not scale or global network reach. Geography is history, and it has never been easier to buy an ad anywhere in the world, while sitting in KL.

What should clients do, in this context?

In fact, perhaps the message today is not that traditional marketing is losing to digital. Marketing is synonymous with digital now. Whether it is online to offline, offline to online, mobile first or programmatic, it is so prevalent and pervasive that even to use the term “digital marketing” betrays one’s age and outmoded views.

The internet has disrupted and is moving on. The iceberg has struck. The unsinkable ship of advertising as we know it is sinking.

Welcome to the freezing cold, Jack. Keep your life vest handy, and pray. 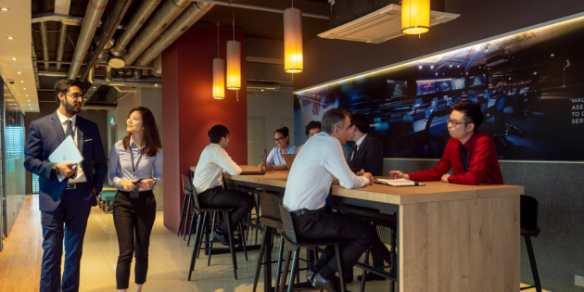