Espresso, latte & tech: Why the new Starbucks COO is a techie

A FEW stories caught my eye these past two weeks. The first was a news story by Bloomberg on the appointment of former Juniper Networks Inc chief executive officer Kevin R. Johnson as Starbucks Corporation’s new chief operating officer (COO).

This reminded me of a couple of stories I wrote when interviewing Gartner analysts: The first is about how chief information officers (CIOs) have the opportunity to embrace the digitisation of business to re-invent themselves as digital trendsetters, while the second is about how enterprises today can no longer afford NOT to get on the agile business transformation train.

The news that a fast moving consumer retail giant had hired a veteran tech executive as COO just underscored the points made by the two Gartner analysts.

According to Bloomberg, on March 1, Johnson will take over from Troy Alstead, who is leaving the company for an unpaid sabbatical, which was first announced earlier in January.

The move was greeted with optimism on Wall Street, with Starbucks shares gaining 6.6% to close at US$88.22 in New York on Jan 22. Just before announcing the Johnson move, Starbucks posted an 82% surge in profit in the first quarter after new food items and holiday-themed drinks fuelled customer traffic, Bloomberg reported.

The 54-year-old Johnson has been on the board of Starbucks since 2009, but the appointment of the seasoned tech executive to Starbucks is fitting, given that reaching customers through their mobile phones is an integral part of its strategy, Bloomberg noted.

The business daily also quoted Asit Sharma, an analyst at financial services firm Motley Fool, as saying that the choice speaks to Starbucks’ chief executive officer (CEO) Howard Schultz’s conviction that mobile and digital platforms will drive the company’s future growth, and that he would bring “deep technology and supply-chain expertise to Starbucks’ C-level.” Starbucks is no stranger to technology, and certainly anyone who has patronised the chain in the United States can attest to how advanced and innovative it can be, as a retailer. It has always been open to leveraging on technology in its day-to-day operations, to enhance customer service and loyalty.

If memory serves me right, it was one of the first coffee chains to offer WiFi as far back as 2002/ 2003, albeit as a paid service.

The timing of that move was brilliant, as WiFi had just begun penetrating the market, thanks to Intel Corp integrating WiFi chips on laptops and notebooks. In a bid to boost usage, the coffee chain made its WiFi services free in 2010.

This made Starbucks the place not merely to buy coffee but also where customers can get a value-added service of accessing the Internet. This led to customers spending more time at its cafes, which probably led to more sales for the coffee chain.

Starbucks also entered into a partnership with Apple Inc in 2007 that allowed its patrons to buy music from the latter’s iTunes store.

And more recently, the Seattle, Washington-based chain has been leading the way insofar as payment technology is concerned.

Building on an idea that was first spawned a decade ago, the retailer shunned the nascent Apple Pay service to roll out its own payment platform.

Quoting Starbucks CEO Schultz, Bloomberg said, “About 16% of Starbucks’ US store transactions now come from mobile devices and … the chain’s app, which lets customers pay and earn rewards points by scanning their phones, has more than 13 million active users.”

Of course, the jury is still out on whether the coffee chain will dominate and succeed in the face of competition, but what’s clear is that Starbucks is one global enterprise that certainly utilises technology for business agility, while pursuing a digital transformation agenda to secure its future. 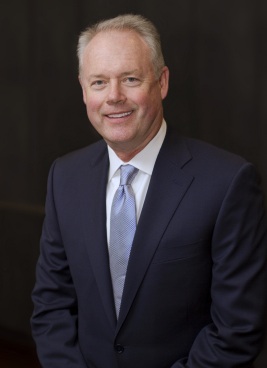 Coming back to the point about how enterprises need to be more agile and adaptive to technology to survive, my own sense is that the move to snare a top tech executive to head Starbucks operations is a great one.

Although a tech executive’s normal upward ascension is towards either a chief technology officer (CTO) or a CIO role, Johnson’s (pic) appointment is a perfect indicator of how Starbucks is making technology a centrepiece of its operations.

By putting an executive who understands technology in an operational role, a number of possibilities become available to the retail giant.

But it is also a signal to Starbucks’ shareholders and customers that technology will play a very important part in its approach to business, going forward.

This is a key point because digital transformation initiatives must be driven from the top; if not, the company and its personnel may merely dismiss such projects as tactical ones and not deem them strategic and central to the business. Doing so could easily mean such projects would be sidelined.

Also, while Johnson came from the technology-heavy Juniper, I believe his involvement in Starbucks would be of a different nature.

His main role would be to push the boundaries of new technology and translate innovation into reality, driving processes and change to make the latte-slinging giant increase its top-line and make its operation more cost-efficient, whilst increasing staff productivity.

Forrester analyst Nigel Fenwick had this to say: “Johnson’s appointment reinforces the challenges facing every business in the age of the customer. Starbucks, like every company, must create world-class digital customer experiences coupled with world-class digital operational excellence, as digital expertise is now a requirement of every C-suite role.”

Fenwick said Johnson’s biggest challenges would likely be connected to the application of his experience to the retail business.

“Retail business operations are uniquely challenging and there is no room for missteps in delivering great service to customers on a daily basis,” he said.

“Great experiences depend on a combination of great technology support, and highly motivated and energised front-line employees. Johnson will need to apply digital [thinking] to transform business operations in support of great customer experiences.”

Go agile or go the way of the dodo: Gartner