IF there is one thing you could say about Michael Lai is that he is as tenacious a telco executive as they come. But it would seem that he too had reached his limits.

Late Wednesday (June 5), news broke that the chief executive officer of the country’s first WiMax operator, Packet One Networks (P1), had tendered his resignation and that the founder of Green Packet Bhd, P1’s parent company, C.C. Puan, would take over as CEO officially on July 1.

In an embargoed press statement, Puan said, “It will take a while for us to get used to Michael [Lai] not being the face of P1 anymore.”

The company also praised Lai for his contributions to the information and communications technology industry, both locally and abroad.

Of his time in P1, Lai said, “I had the great pleasure to carry out the first part of P1, of Puan and the Board’s vision to see P1 take its place as one of Malaysia’s leading 4G telcos serving converged fixed and wireless broadband with voice services, on next-generation technology.

“I pass the baton now to CC [Puan] to assume the CEO role. I believe he will be the best person to see P1 through to its ultimate goal," he added.

I first met the 52-year-old Lai when he was the marketing director at Oracle Malaysia. I got to interact with him a lot more when he crossed over to local mobile operator Celcom, as senior vice-president of marketing and brand development, and then later when he became the chief of Telekom Malaysia’s Internet business arm, TM Net ... and then finally at P1.

Lai was what I would describe as a straight-shooter -- honest in his opinions, often bright and cheery, with the boundless energy of a man half his age.

Never too busy to make time for the media, the affable Lai had been helming P1 since its early days in 2007. In fact, when he took over that position more than five years ago, he debunked the myth that one should go from leading a local company to a top job in a multinational corporation, by doing the exact opposite in his career path from Oracle to P1.

In an interview I conducted with him then, he said, “It’s not the size of the company but rather the responsibilities that come with the job that matter. If I were to sum it up in one word, it would be: 'Challenge.' ... I’m always consistently looking to break new barriers. This is what keeps me going and my adrenaline flowing – to be in the forefront and the coming age of the next big thing.

“In the 1990s, the big thing was enterprise software, and that was when I was at Oracle. In the early 2000s, it was the mobile business, and I moved to Celcom. Subsequently, it was fixed broadband; hence my stint at TM Net. Now, I believe the biggest thing today is wireless broadband and that’s why I am here at Green Packet,” he shared.

Despite company officials noting that Lai had built P1 into a showcase for 4G deployments in South-East Asia and securing the company's representation in high profile international bodies such as the Global WiMax Forum Board and the Global TD-LTE Initiative Steering Committee, Lai’s impending departure wasn’t exactly unexpected.

A cursory look at the press statement released by P1 would lead some to believe that this was quite typical; the usual content anyone would find in a press release when a top executive of a large company leaves his or her position.

But Lai’s departure certainly wasn’t as typical as one would think. After all, speculation was already rife amongst industry watchers that he was mulling leaving the WiMax operator as far back as February.

According to sources, his last few months at P1 had become almost untenable as he faced a myriad of challenges in running a highly competitive wireless telco business in Malaysia.

Now anyone who is familiar with this industry will know that these challenges include dealing with regulatory issues (wireless spectrum allocations), ultra price competition, operational and technical issues, customer retention and satisfaction, and raising funds for the company. 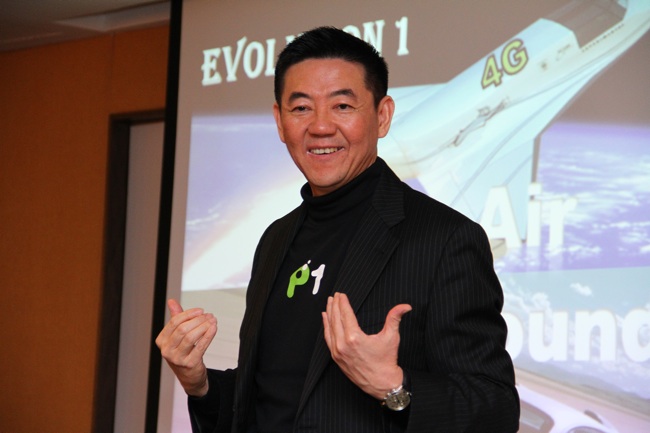 But, according to one person familiar with Lai (pic), these challenges were a given and that he understood what running a wireless telco entailed. Lai is not one to "run away from these challenges just because it was a difficult time for P1," the source added.

While the pressure of running P1 was ever present for Lai, this person claimed that it was more internal bickering, differences in management decisions, as well as some limitation in his scope of work, that led Lai to consider his options elsewhere.

“At the end of the day, I believe it was a difference in ideologies between Michael [Lai] and the company’s leadership that led him to step down,” said a former P1 executive on the condition of anonymity.

“Michael is an extremely principled person and would never have left before his goals were met, despite the difficulties. While he found it very hard to let go, given what he’s achieved over the past six years [at P1], he eventually had to do so.”

This revelation is indeed an irony, given what Lai told me in 2007 when he joined Green Packet, “If you’re running a US$10-billion company but you’re only to account for US$1 million of business, that’s nothing exciting. However, if you’re 100% in charge of say, a US$100 million company, that’s a far more exciting prospect because the buck stops with you as the primary person in charge.”

Next page: What next for P1?