RIDE-sharing startup GrabTaxi is establishing a research and development centre (R&D) in Seattle, Washington this month – its first office in the United States – but said its Singapore centre will continue to be the core of its R&D efforts.

Former Microsoft ‘Distinguished Engineer’ Raman Narayanan has joined the company as technical advisor and will lead its recruitment efforts in the United States, GrabTaxi said in a statement.

Last April, GrabTaxi announced the establishment of its R&D centre in Singapore, saying it would be spending US$100 million on it over the next two to three years.

Chief executive officer Anthony Tan (pic above) told the media then that locating the centre in Singapore would allow GrabTaxi to build “a global talent pool.” In October that same year, it also established an R&D centre in Beijing.

However, Singapore continues to be the core of its engineering activities, according to GrabTaxi vice president of engineering Arul Kumaravel.

“Our R&D centre in Singapore is thriving and we now have more than 80 engineers recruited from various parts of the world in the team,” he said.

“The Beijing and Seattle engineering centres offer an option for those who prefer to stay where they are, rather than move to a new market,” he told Digital News Asia (DNA) via email.

According to Arul, GrabTaxi is leveraging on big data analytics, cloud computing and machine learning technologies to facilitate its growth.

“We still have a tremendous runway for growth both in terms of users and services offered on our platform.

“Seattle, home to the two largest commercial cloud platform companies, and a host of other services running at massive scale, has a software population particularly well suited to the kind of engineering challenges GrabTaxi is taking on,” he added.

GrabTaxi now has more than 1,000 employees in total. Beyond the 80 engineers in Singapore, it has 12 in Beijing.

“We expect to bring on 12 employees to our Seattle office in the next six months or so, but we have no specific hiring targets,” said Arul. 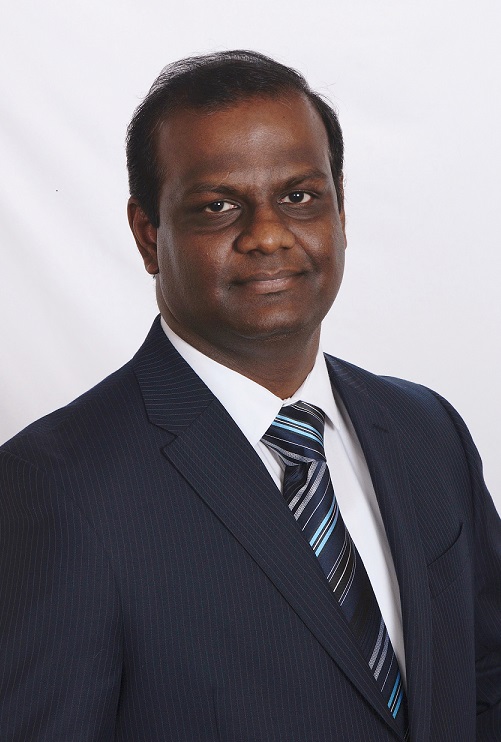 “The centres will work closely together on different projects, but at the same time lend their expertise in different areas, such as cloud capabilities in Seattle,” he said.

When asked about the different focuses for the three centres, Arul (pic) said, “There are two aspects of our technology business.”

“All engineers in the three engineering centres will work on the core platform, which is the infrastructure for functionalities like ride bookings, and supply-and-demand predictions.

“The Singapore office, in addition to working on backend services, will also own development related to the actual consumer-facing app, so that the engineers and product managers can work closely with customers.

“This is a part of our hyperlocal strategy, where the local context of how our consumers use our app is crucial to developing the best user experience,” he added.

Beefing up its tech

GrabTaxi has grown by leaps and bounds since its founding in 2011 in Malaysia, when it had to depend on funds from its founders and two tranches of grants from the Malaysian Government via the Ministry of Finance’s Cradle Fund.

Last August, it secured a US$350-million round, bringing its total funding to approximately US$700 million, and valuing it at above US$1 billion – making it South-East Asia’s first ‘unicorn’ of the current dotcom era.

Along the way, it moved its headquarters to Singapore, and from its original taxi-hailing app (still known as MyTeksi in its birthplace of Malaysia), expanded into a variety of other transportation services, including the Uber-like GrabCar, and the carpooling GrabHitch which was launched last November.

In addition to Malaysia and Singapore, it also operates in cities in Indonesia, the Philippines, Thailand and Vietnam.

Just last month, it announced it would be working together with China-based Didi Kuaidi, US-based Lyft and India-based Ola. The four companies said they would collaborate and leverage each other’s technology, local market knowledge, and business resources.

To beef up its technology, GrabTaxi hired the engineer who developed Facebook Connect, Wei Zhu, as chief technology officer. He however left last August after only about a year, to pursue his own personal projects.

Zhu was in fact the one who recruited Arul, who joined GrabTaxi in early 2015 to take responsibility for all software, platform, and infrastructure development.

Prior to joining GrabTaxi, Arul was based in the Seattle area where he was head of engineering for Amazon’s mobile platform, and before that, as a principal development manager at Microsoft, where he managed the development of products for the Startup Business Group, SharePoint, Windows and Internet Explorer, among others, according to GrabTaxi.

Meanwhile Raman, who will head the Seattle operations, also has a Microsoft pedigree. During his 23-year career at the tech giant, he led several engineering efforts in operating systems, productivity applications, developer platforms, mobility, cloud services, gaming and distributed systems.

He has 35 patents (issued and pending) and was awarded the ‘Distinguished Engineer’ title for his role as a technology innovator, visionary and leader, GrabTaxi said in an official statement.

He left Microsoft in 2013, and has since been advising startups and early-stage technology companies since.

“It is an honour to join the GrabTaxi team at such an exciting time in the company’s history,” Raman said in an official statement.

“On-demand services have changed the way people move, commute, shop and consume, and I am excited to be a part of this transformation at such an early stage.

“GrabTaxi has a highly advanced technology platform, and I look forward to helping build a team that will further the development of its cloud computing, storage, big data management, predictive analytics and machine learning capabilities,” he added.