FOUNDED by four people with no small measure of experience in the startup ecosystem, Jakarta-based Fabelio believes it has what it takes to become the biggest online furniture marketplace in Indonesia.

The fourth, Marshall Utoyo, has his own design company and also developed the co-working space Conclave.

The competition is there: At least three other companies, Furnishlab, Kikayu, and Livaza, also offer home and office furnishing products.

But by offering more focused products, chief marketing officer Christian believes that Fabelio can provide something different for the Indonesian market.

Speaking to Digital News Asia (DNA) in Jakarta, he says Indonesian consumers are getting increasingly used to the idea of buying things online, which is why many such providers are popping up.

“The e-commerce industry in Indonesia essentially started between 2009 and 2010 when Tiket.com and Tokopedia arose. Since then, a lot of e-commerce players have appeared,” he says.

Indonesian consumers are also cottoning on because shopping online makes it easier for them to compare prices and features, argues Christian.

“We decided to sell furniture rather than travel or fashion products, because it is quite new [in Indonesia’s online space],” he says. “That’s the main reason.”

As a non-commodity product, furniture is not a simple buying decision – people don’t buy furniture often, and don’t usually set an exact budget for it.

According to Christian, this is why Fabelio gives three free consultations for each order, and buyers can customise the product and decide on what materials they want.

Most people choose to buy new sofa because they need it, even if the price is quite high. “That’s why we give a 14-day guarantee for each product ordered,” he adds.

To fulfill orders, Fabelio is currently working with more than 50 partners in Jakarta and Tuban in East Java that provide local materials for tables and chairs. The idea for Fabelio was birthed back in April 2015, according to Christian, and they got just about an immediate audience with investors, securing US$500,000 in seed funding from 500 Startups and IMJ Investment Partners.

“In the United States, about 25% of furniture is sold online, and we were confident this was the right time for us to go to market,” he says.

The website was launched in June 2015, and the startup received its first orders that month itself, he adds.

To keep growth on an upward trend, the team poured through Google Analytics data for the pricing, models, colours, and materials people were mostly looking for.

“By the end of December, we had received more than 1,000 orders, and the most popular products were sofas, coffee-tables and side-tables with an average price of between US$170 and US$237 (Rp2.3 million and Rp3.2 million),” says Christian.

Other investors took note. Earlier this year, Fabelio raised US$2 million in Series A funding led by Venturra Capital.

The new funds will be used to strengthen its infrastructure and logistics network, as well as to expand its product offerings across more markets in Indonesia.

The Series A money will also be used to build the team and improve customer experience by opening a new office and showroom in Jakarta in March.

As part of the Series A, Venturra Capital managing partner Stefan Jung will join the company’s board.

Taking the fight to offline retailers The new showroom, and improving customer experience as well as awareness, are all part of the startup’s strategy to compete with offline retailers, according to Christian (pic above).

“We realise it takes times to build customer confidence, but we understand what they really want,” he says, adding that Fabelio’s main customers are young professionals and families, as well as corporate clients looking to furnish their offices.

By giving them a better experience, Christian believes that satisfied customers would be willing and confident enough to spend 20% more on their next transaction.

In addition, the startup also works with those selling home accessories like candles, pillows and carpets via Instagram, curating their wares for its own customers.

“We try to minimise the competition through such collaboration,” says Christian.

“We realise that customers are looking for various affordable yet high-quality products, and that’s why we collaborate with 40 Instagram sellers,” he adds. 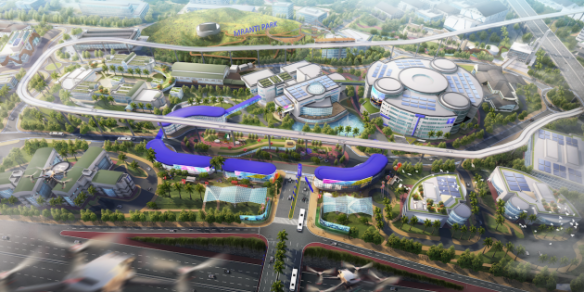