TwinStrata a strategic fit for EMC EMC Corp, one of the largest storage system companies in the world, sees its recent acquisition of TwinStrata as a “strategic fit” as it helps broaden its Hybrid Cloud portfolio.

“EMC has been a partner with TwinStrata for many years," said Colin Gallagher, director of VMAX product marketing at EMC's enterprise and midrange systems division.

"[TwinStrata] worked with EMC Atmos for several years and what it allows us to do is to have a tiering solution, where instead of tiering in the box, you can have a cloud tier and then push it out to one of the many clouds.

“The reason we looked at TwinStrata was because it was the only technology in the market that is supporting a broad variety of clouds, as well as mobility between clouds.

“That really makes it a valuable acquisition for us,” Gallagher told the media in a group interview on the sidelines of the EMC Forum and MegaLaunch in Seoul last week.

EMC made headlines on July 8 when announced that it bought TwinStrata for an undisclosed amount. The acquisition is not expected to have a material impact on its 2014 financial year.

EMC predicts that its adjusted earnings per share this year would be at US$1.90, which translates to about US$3.8 billion. (Adjusted profit is when the profit it makes is adjusted to reflect standard company practices, and it excludes any one-off items.)

TwinStrata, which was a privately held company prior to the acquisition, was founded in 2007. The Massachusetts-based company, founded by Nicos Vekiarides and John Bates, markets cloud storage products for businesses.

Its flagship product, dubbed CloudArray, is a cloud storage gateway. It is a platform that allows enterprises to move their on-premise stored data to various public and private clouds. Data put on CloudArray is encrypted by default and automatically gets replicated or moved to a cloud service depending on a company’s requirements.

Today, CloudArray is compatible with a host of public clouds from providers such as Google, AT&T, Rackspace and AWS.

“As part of the EMC family, our commitment to our mission remains stronger than ever," said founder Vekiarides, who is also TwinStrata chief executive officer, on the company’s website.

"We will continue to enable customers to extend on-premise storage into one or many public or private cloud providers. In fact, our customers will still get everything they know and love about TwinStrata, just as part of a wider, market-leading cloud portfolio and global brand behind it.

“And this is just the beginning. Working together as part of EMC, we are looking to integrate CloudArray into the new VMAX3 enterprise data service platform to allow you to automatically tier workloads even more seamlessly for off-premise storage capacity expansion, data protection and disaster recovery,” he added. Meanwhile, EMC's Gallagher said that CloudArray will be integrated into VMAX and VMAX3 as a targeted data service for cloud tiering of infrequently accessed data to private and/ or public clouds, touting a lower total cost of ownership. These ‘infrequently accessed data’ include archives, multisite replication, off-site data protection, file sharing and cloud-to-cloud migration.

It is believed that the integration will come in at least two phases. The first phase will involve CloudArray as a tier FTS (file transfer service) for both VMAX and VMAX3, while phase two will feature CloudArray as an embedded data service within VMAX3’s Hypermax operating system (OS).

EMC also said that it will continue to sell CloudArray separately as it executes this integration.

Gallagher, however, was unable to reveal further information such as when the integration will happen, and how much it will cost customers.

“Integration specifics and a more definitive roadmap will be revealed later,” he said. On the same day it announced the acquisition, EMC also announced the launch of the new VMAX3 (pic). The EMC VMAX product line is its high-end storage solution for enterprise customers.

Gallagher said he believes that the VMAX3 would be able to meet the demands of the enterprise market. “This is because the VMAX3 is able to deliver great agility, great flexibility and ease of use. We hope our existing customers are aware of the new things that we can do differently.

“We also hope that our new customers are able to consider using VMAX3 because they may consider (the older VMAX) to be too complicated, too hard to use, or was just something that they were didn’t know enough about.

“We believe this product is much more approachable, much more easier to use and manage, and fits into your data centre more easily,” he added.

The rearchitecting of VMAX3 is based on the new Hypermax OS and Dynamic Virtual Matrix architecture. Hypermax OS is the industry’s first open converged storage hypervisor and operating system, claimed Gallagher. The OS enables VMAX3 to embed storage infrastructure services like cloud access, data mobility and data protection directly into the array.

The VMAX3 will be available in the market in the third quarter this year.

Also from the Forum: 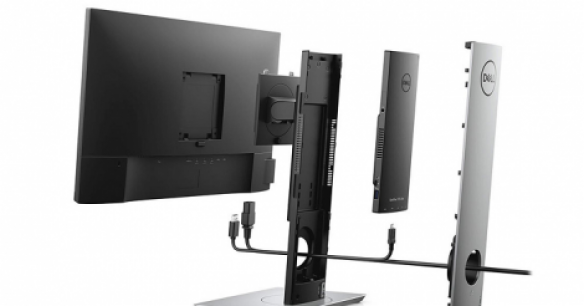