SINGAPORE-headquartered startup Ematic Solutions has raised US$1.07 million in a seed round that it will use to expand into the region with its intelligent email marketing solutions.

The round was led by Wavemaker Partners, with participation from 500 Startups and Indonesia-based Convergence Ventures.

Ematic Solutions is a Software-as-a-Service (SaaS) provider that offers tools to track the size and growth rate of a database, engagements (opens and clicks), and total number of conversions. These tools can be integrated into existing campaign management tools such as MailChimp, or email systems.

Email marketing is still an area that is shrouded in mystery, according to chief executive officer Paul Tenney.

“Email marketing is not something that people know a whole lot about,” he told Digital News Asia (DNA) in Singapore.

“The return on investment is far greater than any marketing channel people have – on average, our customers make 10 to 20 times more from email marketing than from social media,” he claimed.

Email marketing is a subject Tenney is experienced in, having spent more than 10 years with Yesmail, managing email marketing for clients such as Hewlett-Packard and eBay. 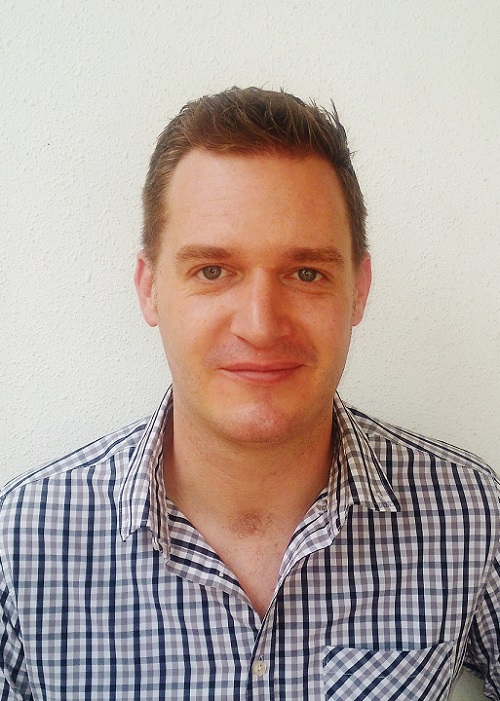 “In my experience, about 95% of companies in the world does dumb email marketing, blasting their content to everyone, every day.

“Most companies don’t really get much from that,” he said.

“While enterprises built sophisticated programs, these enterprise platforms are expensive, slow, clunky to use, and most of them were developed pre-2000,” he added.

Companies face the option of using these old systems or tools like MailChimp, which can manage campaigns but with no real intelligence, Tenney argued.

“There’s a need for intelligence to be injected into email marketing that sits between tools like MailChimp and an enterprise tool,” he said.

Thus Ematic Solutions was born in 2013, with a “friends and family round” of investment which Tenney declined to disclose.

“Ematic Solutions started without any products in 2013 – we went out as a consultancy and service agency with the intention to try out and experiment with every single email marketing product available to see what was missing and what worked,” he said.

“All that we consolidated into a product roadmap in August 2014 – we had our first product launched by January, the second by May, and the third by July 2015,” he added.

The focus of its product is not on the campaign side but on the channel side of email marketing, according to Tenney.

“We are not the guys that send the email, we deliver intelligence where it’s needed to drive success associated with the channel,” he added.

Tenney describes Ematic Solutions as a three-metric shop, with a data science approach to help companies decode the three metrics that are crucial for email marketing.

“We’re looking at the size and growth rate of your database, the engagements from the opens and clicks you get, and the total conversions you are able to drive from your email marketing channel,” he said.

“We have built an email intelligence cloud, which is an app-based approach, allowing companies to choose and plug in the app which targets the specific metrics they want,” he added.

The apps – Hi-IQ (pic below), Bye-IQ and Retry-IQ – can work hand-in-hand with each other, and also independently in tracking the three metrics. While it might have been easier to start such a company in Silicon Valley, where talent and money flow abundantly, Ematic Solutions chose Singapore and the South-East Asian region for a reason, according to Tenney.

“It was a bit of an accident, landing in Singapore with my previous company, as things were slowing down in the United States, while things in Singapore and South-East Asia were booming and growing fast,” he said.

“What I really like about South-East Asia is the great ecosystem of cooperation, with a multi-polar setup in competing for foreign direct investment and for startups to land – which is a cool dynamic,” he added.

Along with the boom came challenges.

“We have to be a lot more nimble – there are different countries, languages, and currencies,” said Tenney.

“For example, sending out an email to the rest of South-East Asia from Singapore, you need to send out different versions of emails going specifically to each country,” he said.

Ematic Solutions already has a global team, according to Tenney, with about 25 people based around the world, from North America to Europe and Singapore.

Ematic Solutions’ main focus is on e-commerce, a booming market in South-East Asia, giving it a window of opportunity to become a regional market leader, according to Tenney.

The startup will remain focused on the region for now, aiming to increase its penetration here, he added.

Its customer base and business continue to grow rapidly, with Ematic Solutions pushing past 50 customers in mid-October, ahead of its revenue targets, according to Tenney.

The growth has been so explosive that Tenney said he was unable to give an accurate figure at the time he spoke to DNA.

“We are growing very rapidly, and we don’t have the final numbers from November yet,” he said.

“We are ahead of our revenue targets and pleased with the traction and progress so far,” he added.

Meanwhile, up to 75% of its US$1.07-million seed funding will be used on product development.

“It’s product, product, product – we are building very sophisticated machine learning, artificial intelligence type of products, we need to get access to top-flight talent in Silicon Valley, where most of our development is at now,” Tenney said.

The seed funding will also be used for expansion, starting with Jakarta and Bangkok.

“We have some of that budget going into our South-East Asian expansion, with most of it teed up to Jakarta right now,” he said.

“One of our investors for the last round was Convergence Ventures, which is based in Jakarta.

“It is important for us to make sure we have some local support [staff] who can help us make introductions and mind our Ps and Qs,” he quipped.

The startup currently has customers out of Jakarta, according to Tenney, who said he was glad to finally have representation there.

Ematic Solutions sees this as a strategic play and is looking for strategic investors to help out as it grows.

On the technology front, Tenney sees the opportunity in cross-channel marketing tools.

“I’ve seen lots and lots of companies, including Google, fall down in building cross-channel marketing tools,” he said.

“Our tech vision is to connect channels in a hub-and-spoke model, to be a centralised brain to connect a lot of channels,” he added.

Ematic Solutions is not seeking to break the existing marketing structure, but augment its current tools, according to Tenney.

It is looking to go into the mobile app space, as it is already handling the email and web space.

“We will do some social media only because we have to,” Tenney said.

GetResponse sets its sights on Asean