WHEN Korawad Chearavanont (pic above), who just turned 21, landed US$5.7 million in August from Shanghai’s Gobi Partners to develop his messaging app, it seemed like the proverbial startup blowing up from nowhere.

Or like yet another silver spoon kid taking a shortcut to the CEO chair.

Korawad’s grandfather is Dhanin Chearavanont, founder and chairman of the multinational Charoen Pokphand (CP) conglomerate and one of the richest people in Thailand, and his father is CEO (chief executive officer) and president of CP’s listed telecoms group, True Corp.

In fact, the Eko app for large companies has evolved in failures and starts over nine years. Korawad built the first version in basic HTML as a mobile social network for high school students when he was in the seventh grade at an international school in Bangkok.

The app had gone through several more iterations and launches by 2011 when he was a junior at Lawrenceville, a boarding high school in New Jersey.

The problem wasn’t getting people to download the app but to actually use it.

Against all odds, Tigerlabs, an incubator affiliated with nearby Princeton University, accepted Korawad and three of his Lawrenceville classmates to participate in a summer-long bootcamp for wannabe-startups.

From 250 applications, Korawad’s team was the only one among the eight selected that comprised high school students. Each team received US$20,000, a mentor, and a crash course in pitching, fund-raising, term sheets, lean management, company visits and paintball combat.

Eko is the only startup that made it to market.

Today, Korawad is assured, articulate and at completely at ease describing his company, Eko Communications, to a ballroom full of people. Looking back at 2011, however, he marvels at his naiveté.

“I look back and realise we had no idea what we were doing. We didn’t know anything about how to get it started, or how competitive and hard social networks are,” he says.

Making matters worse, WhatsApp, WeChat and similar mobile messaging apps were taking off. Perhaps the Tigerlabs administrators “just wanted to say they had a bunch of high school kids in the incubator.” It was during the Tigerlabs summer that he met Eko’s chief technology officer (CTO), David Zhang(pic), the camp’s “best coder” whose own startup sputtered out. (Not all the top executives are in their 20s; chief operating and marketing officer Bernie Tay, a Malaysian, headed Asia Pacific operations for AdMob, then held various positions with Google after AdMob’s acquisition by Google.)

After finishing high school, Korawad delayed entering New York’s Columbia University for a year while he and Zhang repaired to Bangkok to improve the app. They started over again with a totally new code base.

By early 2013, they were on the verge of giving up: “We had failed yet again. We weren’t getting any traction … We kept approaching customers and getting rejected,” says Korawad.

He credits his father, Suphachai, for urging them on, saying “Two years is nothing.”

While True is a family business, Korawad regards his father as an entrepreneur who overcame many setbacks in building True up from a landline operator. Over two decades, he added a mobile broadband, ISP (Internet service provider), pay TV, and e-commerce business.

A year ago, state-owned China Mobile took an US$881 million, 18% stake in True. As for CP, its many interests in China include agribusinesses and supermarkets.

Yet Korawad says that his parents insisted that Eko succeed on its own merits and that neither CP nor True connections played a role in Eko’s deals with 500 Startups, Gobi or its China customers. It was only with Gobi’s Series A investment in August that his family took a stake in Eko.

However, True employees were enlisted to pilot test the app in 2012 and 2013.

Suphachai and some of colleagues pointed out that a feature designed for the app then still targeted at high school kids would be very useful for business users: Conversations threaded by topic, as in an email chain.

Eko’s tagline sums it up: “The organisational capacity of email with the simplicity of mobile messaging.”

Today corporate messaging is readily understood as the mobile counterpart of corporate email, but at the time, company employees had no choice but to communicate with consumer applications such as Line and WhatsApp.

That behaviour was evidence that Microsoft, IBM and similar big corporations were slow to support mobile applications, Korawad says, and he has a theory why: Such big companies were more attuned to the habits of Americans and other Westerners who have used desktop and laptop computers at work and home for a very long time.

Companies therefore were to slow to realise how quickly mobile messaging would become part of work life, particularly in Asia.

Many Asians, perhaps most, own a mobile phone before a personal computer and so feel more comfortable sending messages via a phone, he believes.

“If you look in an office in Asia, many people will turn to their phones to send a message, even though there’s a computer on the desk. Many people can type faster on a phone than on a computer.”

In the past two years, companies en masse have adopted corporate messaging apps like Slack, Hipchat and Fleep. Eko has kept ahead by adding features and security measures, expedited by a US$1-million 500 Startups-led investment in April 2014.

While Slack and Fleep have won more publicity in the past year, they are used by companies with relatively small employee numbers; these apps become less and less useful as employee numbers grow.

Eko, on the other hand, is targeted squarely at medium- and large-sized companies with hundreds or thousands of employees and specific security demands. Its broadcast feature enables managers to send a message to all employees or employees in a particular region, managerial level, or department – and to see whether the message has been read. Because Eko offers a choice of encryption levels, it has attracted many banks and government agencies as customers.

Aside from True and Bangkok Bank, Korawad (pic) won’t name Eko’s customers, except to say they number “some of the biggest banks in South-East Asia and China … and security-conscious government-affiliated organisations.”

Eko’s biggest client has 170,000 employees, Korawad says. It’s a safe guess this is a mainland Chinese organisation, such as a state enterprise.

Because the majority of its customers are in China or elsewhere in East Asia, Eko this year moved its headquarters and engineers from New York to Bangkok to be closer to them.

Korawad, who spent 2013-2014 school year running between the Columbia University campus and the New York office, has quit college for good. A few employees will remain in New York to service existing US customers. The current level of 11 full-time employees will be increased to around 30 by November.

The China customer base grew “by chance” when a Chinese executive heard of Eko. The word spread to other Chinese managers and enterprises who (like their counterparts in the United States) are very concerned about their mobile communications being hacked.

Eko isn’t planning a full marketing push into China – or South-East Asia and Hong Kong – until 2016, but it is already earning revenue by charging for monthly subscriptions based on employee numbers.

“The greatest thing about our model is that it has infinite revenue potential,” Korawad says. Besides semi-monthly upgrades, Eko will upsell by frequently offering customers new features – such as VoIP (Voice-over-Internet Protocol), videoconferencing, chat modules for company clients, or retail communications and logistics options.

It does not matter if Eko never becomes a widely-known brand or is even known among the majority of a company’s users. Quite the opposite: Choosing among Eko’s features will make companies think of the app as their own.

Korawad explains: “It allows us to compete with a potential product coming along.  Companies will ask themselves, ‘Do we choose product X or keep our own product?’ ”

The Eko app is available for the Android and iOS platforms. 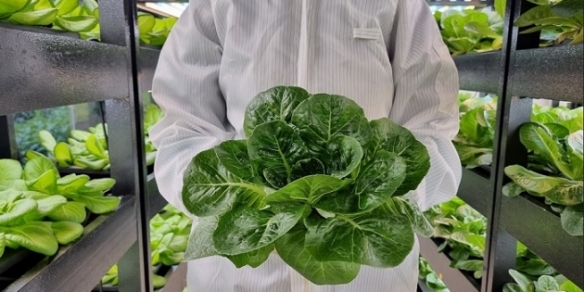