But in the case of Bitmain, the question is, are traditional fund managers well-versed enough in the blockchain and cryptocurrency sector to appreciate the risks?

Aside from reading that, interested investors should take the time to go through the myriad of resources freely available on the Internet that explains the basics of what blockchain and cryptocurrencies are about.

They should not stop there.

To make sure they know what they are getting into, fund managers ought to spend some time listening to one of blockchain’s and cryptocurrencies’ biggest detractors the world over. And that is none other than the quintessential Dr Doom, Nouriel Roubini, an economist and New York University professor.

Roubini takes credit for having called out the 2008 financial crisis in a series of articles starting in 2006. You can get the gist of his rather vociferous attack on the blockchain and crypto world here starting at 11.07 onward.

To be sure Roubini also believes conditions are ripe for a  financial crisis and global recession by 2020 due to the lack of stimulus, trade wars and an overvalued stock market.

While almost the entire crypto world challenges Roubini’s attack on blockchain and crypto, he does raise issues that the sector needs to address.

Here’s a tweet that raises other issues related to Bitmain: While there are valid arguments against the view above, one needs to understand the machinations of POW or proof of work which underlies the philosophy of mining bitcoins and many other leading cryptocurrencies. And understand how some developers have opted to change that to POS or proof of stake, where less mining is required and faster transaction speeds on the blockchain are achieved.

Hence there are some who believe that there will be forks or changes in major cryptocurrencies, that move toward POS. If that happens, then mining equipment sales would fall off the cliff.

While Bitmain has reported some spectacular numbers, there have been questions about the sustainability of those numbers. Competition is also stiff.

In fact, there are two other China-based mining equipment makers rushing to get listed on the Hong Kong Stock Exchange, namely Canaan Creative and Ebang Communication.

As one fund manager put it, there is a race to be first in order to make sure your order book gets filled by the limited number of funds keen to participate in this sector.

In its filings, Bitmain also revealed a list of other risks it faces, most of which the entire crypto industry is subject to.

Bitmain also revealed that it took an impairment hit of US$102.7mil in the six months ended June 30, 2018 as a result of cryptocurrency price falls.

Presumably, this is largely due to their holdings of Bitcoin Cash, which are believed to have been acquired at an average cost of US$869 per unit.

Bitcoin Cash saw a 20% rise following Bitmain’s filing yesterday but still trades at around US$520 a piece only.

Hence, investors in Bitmain’s IPO need to find out why it bought so much of Bitcoin Cash and what are Bitmain’s long term plans with its Bitcoin Cash holdings considering that the cryptocurrency does not have much liquidity.

Other points to note is that Bitmain only recently raised new Series B funding in June and Series B+ in August. There is no indication that these investors, who forked out US$1.11 and US$1.30 a share respectively, are subject to any significant lock-up period.

Among the names that bought in:

*It is interesting to note that the filing states that both these funds are “beneficially owned by Temasek Holdings”. Recall that during those funding rounds, there was a lot of confusion over which were the parties really participating. Temasek’s name was bandied about. In fact the Singapore sovereign fund had even issued a statement denying their involvement in investing into Bitmain. It does seem though that Temasek may be an investor in those two funds which have bought a small number of shares in Bitmain’s funding round.

Notwithstanding those risks, the Bitmain IPO is certainly one that the investment community cannot afford to not examine. Here are some attractive features of the company:

Whether you love or loathe Bitmain, its IPO is achieving one thing: more people from the investment world are having to read up about the basics of blockchain and cryptocurrencies. But the risk remains if this IPO flops, it will be seen as a shadowy bellwether for the blockchain industry by the world of traditional finance.

Risen is an experienced financial journalist with a career spanning two decades in print journalism. This includes leading financial publications Financial Time’s Investors Chronicle (UK), The Edge Weekly (Malaysia), and Star Biz (Malaysia). Enthralled by the fintech revolution, he recently completed a short course on ﬁntech from the Massachusetts Institute of Technology (MIT) and has founded CryptoNewsAsia, which aims to capture Asia’s blockchain journey.

Cryptocurrency denial - it's just a stage of grief 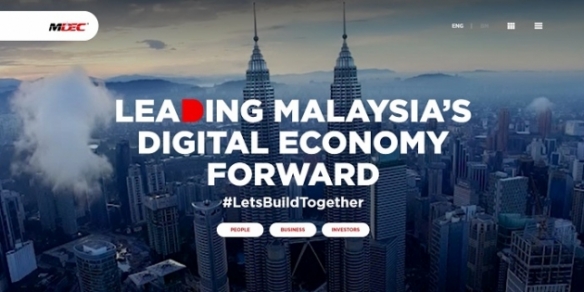