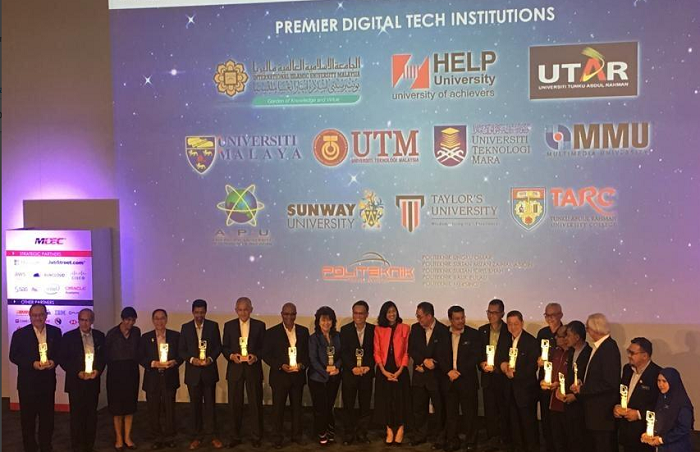 While Malaysian CEOs are crying out for skilled graduates as they strive to fill STEM based vacancies, the cold reality is that there are around 200,000 unemployed graduates in the country with the highest portion, 42.8% coming from STEM-related degrees and diplomas. The most recent credible data comes from a Ministry of Education 2017 Graduates Tracer Study which found there were 53,373 unemployed graduates out of a total 255,099 graduates coming from not just from public and private universities but Polytechnics, Community Colleges and Technical and Vocational Training Institutes (TVET).

For students who have invested 2 years to 4 years of their lives to pick up a career skill, that’s 53,373 too many unemployed graduates. This is especially glaring amongst the the Social Science and Arts-related grads with the MIDF study highlighting that 51.5% of the unemployed grads are from these programmes. The 2017 Graduates Tracer Study gives a detailed breakdown of the employment and unemployment situation of graduates in the country. The study reveals that 17.7% of unemployed graduates have technical degrees, meaning they come from polytechnics and TVETs, while a further 17.6% are Science graduates, 7.5% have ICT degrees and 5.7% are education graduates.

[First two paragraphs updated. An earlier version gave incorrect estimates of unemployed graduates and the % who were Computer Science graduates.]

While there have been various explanations put forth to pinpoint the reason for the high number of unemployed graduates, ranging from poor command of English to market mismatch to a public sector quota system that allocates too many Science Technology Engineering & Math (STEM) course seats to the majority Bumiputera group where interest in STEM is poor, the reality is that there has been no rigorous examination of the root cause.

But Surina Shukri, CEO of Malaysian Digital Economy Corporation (MDEC) is aware of the wrong impression this high ratio can give to STEM based education and says they are working to “demystify that to find where the disconnect is. We need to drill down on the numbers to really understand what they mean because it can lead to a misleading picture.”

Surina was speaking at an event on June 17 to share the early results of a programme that was created specifically to solve this problem and ensure Malaysia has a strong supply of skilled Digital Economy ready talent. The Premier Digital Tech Institutions (PDTI) initiative was introduced in Aug 2017 when eight universities and five polytechnic schools were given Premier Digital Tech University and Preferred Digital Tech Polytechnic status. The selection was made by both government and industry players who looked at various criteria to see if they added up to a conducive learning ecosystem. Among the criteria – employability of their students, the extent of teaching staff having industry experience, mentoring, how robust final year project assignments were, the research linkages with industry and career placement services.

Subsequently, the CS-related programmes of these institutions were restructured to be industry relevant for students to be equipped with needed skills. The restructuring is ultimately aimed at creating what Surina and Prof Mohd Saleh Jaafar (pic), deputy director general, Higher Education Department, describe as “an experiential learning” environment. Mohd Saleh represented Minister of Education Mazlee Malik who was supposed to attend the event. The core mission of the PDTI is to increase the quality of graduates coming out of, initially, from the CS-related programmes to meet industry demands and ensure Malaysia has a strong future-ready Digital Economy talent pipeline. This does not just include the curriculum being updated with industry input but also students receiving proper career guidance, exposure for the faculty and internships. The goal is to create a holistic learning environment.

After two years, the impact from the PDTI has been impressive with MDEC sharing that employability went up to 95% from 88% while the combined CS-related course enrollment of 22,000 students across the 13 institutions was a 33% increase over the 2016 enrollment of 15,500. Internships undertaken also increased by 35% though MDEC did not give the number of internships. Probably the strongest data point shared, and one that will excite parents and prospective students, is that starting salaries were 1.5x higher than the national average starting salary.

Digital skills ‘like oxygen’, model being expanded to other faculties

According to Sumitra Nair, vice president of Tech Talent Development at MDEC, the successful results of the pilot is now resulting in an expansion of the PDTI model to other faculties in the 13 institutions with Creative Multimedia and Engineering being the first and to be followed by other faculties such as manufacturing, hospitality etc. (You can read Sumitra's thoughts on the initiative here.)

Mohd Saleh uses an analogy to emphasize the expansion of the PDTI beyond just the CS courses. “Digital skills will be like oxygen and will be needed in all other sectors like manufacturing and services and agriculture which is why we are expanding the model to other disciplines.”

Despite the early success of the pilot, the model is still being improved on. Meanwhile, three new institutions have been accepted as PDTI – HELP University, Universiti Islam Antarabangsa and Universiti Tunku Abdul Rahman. For Paul Chan (pic, left), co-founder and vice chancellor of HELP, the PDTI status is both an honor and inevitable recognition of his quest to reinvent HELP into becoming a future oriented Analytics-Driven Entrepreneurial University.  The journey, which began in 2017 has seen Chan introduce mandatory analytics courses for not just students but staff as well.

He has also triggered a university-wide transformation in culture, people skills, process management, and technology architecture. “Our mission is to create the A*GEN (Analytics Generation),” he tells me. To this end he has also invested US$6 million (RM25 million) in an innovation centre called BATIC (Business Analytics and Technology Innovation Centre). And that’s not all. “We are now planning a Phase 3 investment of US$49 million (RM200 million) in the Green Digital Technology Campus in our Subang 2 campus.”

Clearly academic leaders see value in gaining PDTI status, even though the value of having that status has not yet percolated down to customers ie the students and parents. Two CEOs recently enrolled their children in computer science programmes locally but neither  was aware of what the Premier Digital Tech Institution is or means.

Surina says they are aware of this and hope the publicity from the strong results of the pilot and inclusion of new industry partners such as Oracle, SAS, Jobstreet and homegrown cloud provider, RunCloud, will help spread the word so that when parents and their kids look for any CS programmes, they will want to choose one offered by a PDTI.

Meanwhile, Mohd Saleh points out that one of the key aspects of the PDTI is that it also brings faculty to industry. “This addresses a core complaint that academics are not in tune with current industry practices. But through this industry exposure our faculty can deliver contextual teaching to students.” According to him the MOE is hoping for more industries to step forward to welcome university and polytechnic faculty to learn and observe their current practices. He feels the PDTI has resulted in genuine industry linkages with academia. “It is no more lip service by industry but real input and engagement by them.”

He also emphasizes the expansion of the PDTI beyond just the IT courses. “Digital skills will be like oxygen and will be needed in all other sectors like manufacturing and services and we will expand this to other disciplines in the future.”

While there are many conversations around various aspects of building a strong Digital Economy ecosystem, clearly talent is a foundation pillar. Surina says MDEC is having many discussions with industry on how to scale Malaysia’s digital talent initiatives and collectively working with various parties coming up with a tech talent development framework. The ongoing efforts around the PDTI to build a scalable model is helpful and should accelerate the timeline in developing this framework.

The urgency of introducing such a Digital Economy aligned talent pipeline cannot be underestimated as Surina found out. “We organized a CEO roundtable earlier this year on the issue of talent and normally you cannot get everyone invited to show up. We had 100% attendance with a 3-hour session.”