By the Malaysian Software Testing Board July 30, 2015 Entering its eighth edition, the conference offers a platform to further strengthen Malaysia’s position in the global software testing market, while encouraging collaboration and cooperation amongst industry stakeholders.

Softec Asia is also an avenue to raise the standards in software quality assurance (SQA) and promote software testing as a business.

Believed to be the biggest English-medium software testing conference in the region, Softec Asia 2015 has as its theme Spearheading the Business of Testing, reflecting a broadened scope of discourse compared to previous Softec events.

This time around, the conference will also cover business facets of software testing, in addition to the technology, skills and technical aspects of the discipline.

Here are some of the speakers MSTB will welcome in September for Softec Asia 2015. Professor Ken Sakamura is a highly respected and decorated personality, having received multiple awards including this year’s prestigious ITU150 award for his contribution towards development in both the academic and industry realms over the last 30 years.

Currently, he is a director at the Yokosuka Research Park (YRP) Ubiquitous Networking Laboratory (UNL) and the appointed IT advisor to the government of Japan. He is also a fellow and Golden Core member of the IEEE (Institute of Electrical and Electronics Engineers) Computer Society.

Sakamura is perhaps best known as the creator of Tron (The Real-time Operating system Nucleus), a real-time operating system for embedded computers used in a wide range of applications including factories, electronic appliances and cars.

He is also a leading advocate of the Internet of Things (IoT) development in Japan and around the world.

At Softec Asia 2015, Sakamura will discuss the emerging world of the IoT and also participate in a panel discussion entitled Spearheading the Business of Testing. 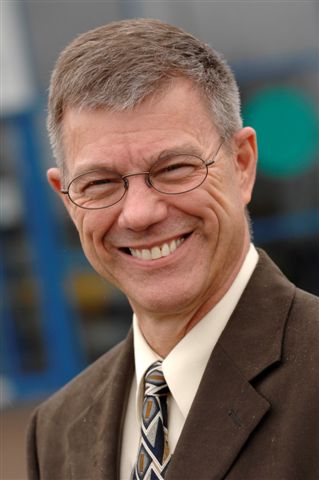 Having more than 30 years of teaching, consulting, and coaching experience, Dr Mark Kiemele has trained, consulted and mentored more than 30,000 leaders, scientists, engineers, managers, trainers, practitioners, and college students from more than 20 countries.

He is renowned for his knowledge-based KISS (Keep It Simple Statistically) approach to engaging practitioners in applying performance improvement methods.

During his time in the US Air Force, Kiemele supported the design, development, and testing of various weapon systems, including the Maverick and cruise missile systems, and was a professor at the US Air Force Academy.

At Softec Asia 2015, Kiemele will speak on the evolution of test and evaluation in national defence. He will also helm a tutorial session on Introduction to Scientific Test Analysis and Design Techniques. Dr Gualtiero Bazzana has been working on software quality related matters for the last 25 years. He has worked as a consultant and project manager in large software development projects and coordinated research and development (R&D) projects, producing over 50 papers at international conferences.

In 1995, he founded his own company specialising in testing and quality management that was later sold to Alten, a large international consulting company, at which he is managing director of its Italian operations.

At an international level, Bazzana is involved in the promotion of the software testing profession, acting as president of ISTQB and founder and chief executive officer of ITA-STQB.

At Softec Asia 2015, he will be sharing his experience in building a successful software testing business in his native country, Italy. He will also hold a session on Testing Business Mentoring, and will be a member of a panel discussion highlighting the business of software testing. Dorothy Graham is a renowned expert in test automation. Fondly known as ‘Dot,’ she has been in testing for over 30 years and to date has co-authored four books on the subject.

She was the programme chair for the EuroSTAR Conference in 1993 and 2009, and has been on the boards of conferences and publications in software testing. She was also a founder member of the ISEB Software Testing Board and was a member of the working party that developed the first ISTQB Foundation Syllabus.

Graham is a popular speaker at conferences and seminars worldwide, and holds the European Excellence Award in Software Testing.

At Softec Asia 2015, she will deliver a keynote entitled Intelligent Mistakes in Test Automation. She will also join forces with another test automation advocate Seretta Gamba to helm a tutorial session on Test Automation Patterns.

Softec Asia 2015 is organised under the patronage of the Malaysia Software Testing Hub (MSTH) initiative with the support of the Economic Planning Unit of the Prime Minister’s Department, and Standards Malaysia.

For more information and to register online, visit www.qportal.com.my.