By the Malaysian Software Testing Board July 16, 2015 SOFTWARE testing has long been perceived as a niche practice that does not necessarily impact the daily lives of most Malaysians.

The Malaysian Software Testing Board (MSTB) begs to differ. The software testing industry does indeed make a significant difference in our day-to-day activities.

To wit, the world is surrounded by numerous computerised systems and high-tech gadgets, and we are becoming increasingly dependent on many of them. As such, it is important that those devices and systems work as they are supposed to, most, if not all, of the time.

Software testing is an integral element in the process of ensuring the quality and integrity of such devices and systems.

As a segment within the larger IT industry, software testing is a fast-growing area both in terms of technology development and market demands.

Development continues as technologists and practitioners constantly seek ways to improve their vocation, as well as to cater for new and emerging types of applications.

Keeping up with all these advances is not easy but the MSTB does provide a platform to facilitate this knowledge and skills upgrading in the fields of Software Quality Assurance (SQA) and testing – through the annual Software Testing Conference (Softec).

The conference features a wealth of international speakers who are well-known in the global arena of SQA and testing.

The evolution of Softec

The inaugural edition, Softec 2008, featured nine international speakers and attracted 90 delegates. These numbers continued to grow year on year and in 2013, MSTB upped the ante with Softec Asia 2013 – a regional edition.

Softec Asia 2013 featured 25 international speakers who collectively helmed over 40 keynote, plenary, tutorial and workshop sessions. The conference attracted about 500 delegates from Malaysia and other Asian countries.

Subsequently, the national-level Softec and regional Softec Asia have been held in alternative years.

This year, Softec Asia 2015 will be taking place from Sept 8-10 at the Mandarin Oriental Hotel Kuala Lumpur, with the theme of Spearheading the Business of Testing. As reflected by its theme, Softec Asia 2015 will explore the business aspects of this dynamic industry. This is in addition to the areas of technology, skills and techniques which have been the core content of Softec since its first year.

Among others, delegates at Softec Asia 2015 can look forward to the keynote address by Professor Ken Sakamura from Japan who is a highly respected and decorated personality in the Internet of Things (IoT) space.

Sakamura has received multiple awards in recognition of his contribution to the development of the industry, including this year’s prestigious ITU150 Award. He is also the appointed IT advisor to the Government of Japan.

With over 25 years in the industry, Bazzana has coordinated large software development projects and R&D (research and development) projects, before establishing his own company specialising in testing and quality management.

She has also co-authored four books on software testing and test automation.

Softec Asia 2015 is organised under the patronage of the Malaysia Software Testing Hub (MSTH) with the support of the Economic Planning Unit (EPU) of the Prime Minister’s Department and Standards Malaysia.

Those interested in participating in Softec Asia 2015 can register at www.qportal.com.my or email [email protected] for more information. 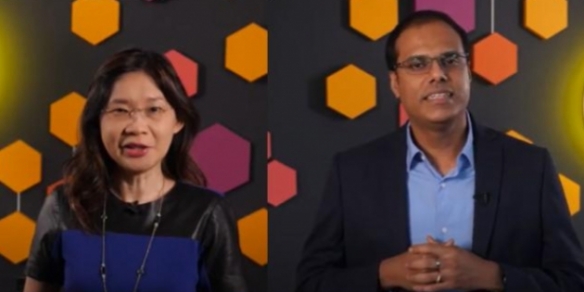