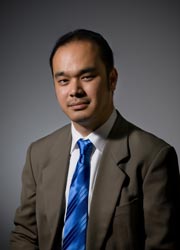 Describing it as ‘one of the most significant innovations in the multibillion-dollar photonics and optical industry,’ the QEOS Tilted Charge Dynamics technology forms the core technology for its new high speed LEDs (light-emitting diodes), the company said in a statement.

Its chief executive officer Dr Gabriel Walter (pic) said the technology features the world’s fastest LED. “The products we’re introducing are a fraction of the size, power, and cost of traditional laser-based products, with comparable functionality.

“With the transistor structure, various new integrated optical and electronic functions can be realized that are not possible with existing optical technology,” he claimed.

Agensi Inovasi Malaysia (AIM), who are investing a total of USD3.5 million in QEOS, are as excited to see the product hit the market. AIM Chief Executive Officer Mark Rozario said that

QEOS is a prime example of highly innovative local companies that should be pushed to the forefront, said Mark Rozario, chief executive officer of Agensi Inovasi Malaysia (AIM), a statutory body set up by the Malaysian Government to fuel innovation, which had invested US$3.5 million in the company.

“As a government body tasked with accelerating innovation in the country, AIM is proud to be associated with QEOS,” said Rozario.

Also introduced was a higher speed QEOS TOFA, an ultra-low power consumption, high speed optical transmitter operating up to 6.5GHz (designed for 10Gbps applications) and which would available later this year. 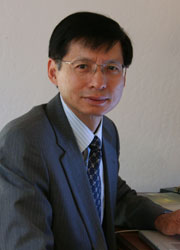 “This technology can be used to support a range of transmission interfaces such as USB, HDMI, Ethernet, Thunderbolt, Infiniband, and also communications within portable devices,” said Raymond Chin (pic), QEOS chairman.

“Our lower power consumption and lower cost products open up the market for new and expanded use of optical communications in data centers, and for industrial, commercial and residential optical connectivity,” he added.

The QEOS Optical Transceiver Kit will soon be available for sampling, and the higher speed QEOS TOFA will be available later this year.

QEOS was founded in 2008 by Walter, and Professors Nick Holonyak Jr. and Milton Feng, inventors of the Tilted Charge Light Emitting Transistor at the University of Illinois. The company is headquartered in Melaka, Malaysia, and has offices in Cupertino, California. 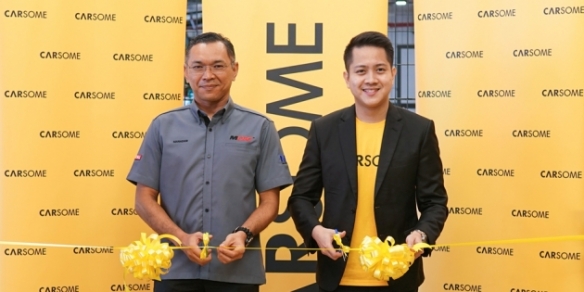