THE Centre for Independent Journalism (CIJ) has handed a petition against recent amendments to the Evidence Act 1950 to de facto Deputy Law Minister Datuk V.K. Liew in Parliament.

The petition collected more than 3,300 signatures and called on the Malaysian Government to withdraw Section 114A of the Evidence (Amendment) (No. 2) Act 2012 because it threatens freedom of expression online and presumes the guilt rather than innocence of Internet users publishing content online.

CIJ director Jac sm Kee (pic, right) said, "The law is vague and broad enough that it has caused a lot of fear. The majority of Malaysians will err on the side of caution."

The presumption of guilt also disproportionately burdens the majority of Internet users in Malaysia who are not very tech-savvy.

“What can ordinary Internet users do to prove it wasn't them who published something online when the Malaysian Communications and Multimedia Commission (MCMC) itself sometimes says it doesn't have the technical resources to find the real culprits?” she told Liew.

Liew (pic, left) however said that many fears are misplaced but he agreed that more dialog was needed. He also thanked the petitioners for presenting their views.

The amendment also makes Internet intermediaries -- parties that provide online community forums, blogging and hosting services -- liable for content that is published through their services. This has implications on businesses such as eateries that provide free Wi-Fi.

"If a kopitiam (coffee shop) owner is liable for all the traffic that goes through its Wi-Fi network, it places a lot of burden on them, in terms of monetary and human resources, to either conduct surveillance or stop providing Wi-Fi altogether," Kee said.

She said the law is also in contradiction to Prime Minister Datuk Seri Najib Tun Razak’s speech on the eve of the last Merdeka Day, where he talked about wanting to improve the ICT infrastructure of the country. The law creates a chilling effect that hampers this economic drive, she added.

Speaking to reporters later, Asohan said, "The fact that MPs (Members of Parliament) from both sides of the political divide did not understand the wider ramifications of this amendment shows there is a need for greater discussion.

“We need more legal brains on it and feedback from the industry and others like the Multimedia Development Corporation (MDeC) and the MCMC. Given that the Government will be announcing the Digital Transformation Program or Digital Malaysia initiative soon, this will be a major issue.”

Referring to the recent move by Kuala Lumpur City Hall requiring the provision of Wi-Fi services under its food and beverage business license, Asohan said, “If businesses are being told that they must provide Wi-Fi access in Kuala Lumour, but that they are also going to be liable for every tweet that comes out from their network, why would they want to do so?

“This may sound very alarmist, but it's there in black and white. It may not have been the spirit of the law but it is in the letter, which makes it open to abuse,” he added.

The controversial amendment was bulldozed through during April's parliamentary meeting which saw a raft of laws passed without debate. The amendment made news shortly after when concerns were raised by civil society as to its detrimental impacts and broad reach.

CIJ launched its e-petition on May 31 as part of a campaign to stop the amendment which is yet to be gazetted. The petition was signed by prominent Malaysians such as Segambut MP Lim Lip Eng, film producer Pete Teo, writer and radio personality Patrick Teoh, social activists Marina Mahathir and Dr Irene Fernandez, and notable academics Dr Azmi Sharom and Dr Mustafa K. Anuar.

Petition signers also took the opportunity to air their grievances about the law by adding colorful comments on the e-petition.

For example, Vernon Adrian Emuang wrote, "The amendment is a bad law passed in haste and does not take into account public interest and participation."

Other comments included, "Very poor piece of legislation passed without proper debate or thought" and "Please stop this. This is so uncool." 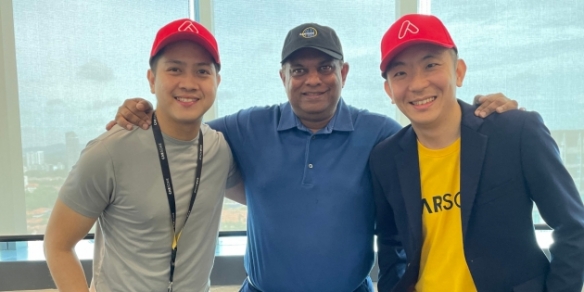