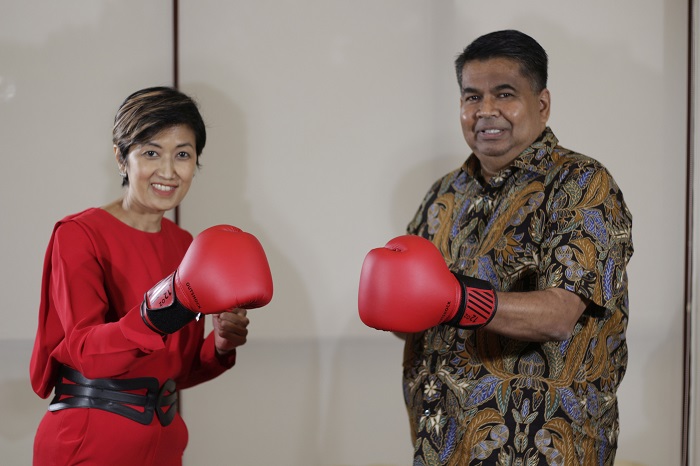 “Change” has, in many ways, been the core of the Malaysia Digital Economy Corporation (MDEC). “The genesis of MDEC 25 years ago was all about imparting change via technology. When you think about digital and technology, it’s about moving forward and driving change, really,” says its chief executive officer Surina Shukri during a virtual media briefing last Thursday, Jan 21 with MDEC chairman, Rais Hussin.

MDEC is 25 years old this year, so changes are perhaps expected for an agency meant to drive the Malaysian digital economy. Yet not all of its recent changes are painting a picture of an organisation evolving in the right direction. Since late last year, MDEC has seen what some are observing as a steady stream of executive departures, including long-standing members.

Read also: Keep your eyes on the prize, MDEC

Now, amidst whispers of an internal crisis, MDEC is branding these changes as part of their “Reinvent” mission, something described as a “strategic change management exercise” that was recently launched to “inculcate a high-performing and high-impact organisation”.

These are planned changes that have been happening since last year, Rais notes, sharing that the agency had brought in Ernst & Young and KPMG to conduct a holistic governance review on specific areas, and now they’re acting on these suggestions. The recent departures, he explains, are due to several differing reasons, and do not indicate a crisis.

“I do not see this as a crisis. I see this as a change that is happening, a transition,” he says. Such changes meant that a bit of chaos is to be expected. For Rais, eight people leaving an organisation of 474 employees isn’t a big deal – it consists a mere 1.68% of the agency, after all. “If people want to sensationalise it, what can I say?”

Yet there’s no ignoring that the departures consist of senior executives, even if MDEC feels that it’s something that is bound to happen. Rais stresses that we can’t presume nor assume the reasons for their departure, and adds that some have left “for greener pastures.” For instance former VP, Hasnul Hadi Samsudin left in Oct 2020 to join Sony Interactive Entertainment Worldwide Studios Malaysia Sdn Bhd as Head of Studio.

Focusing on the internal

During the briefing, both Rais and Surina assured the media in attendance that “the work must continue.” The focus for MDEC now is their “Reinvent” mission, which is centred around internal change and improvements.

“I believe that in order for us to do what we need to do, we need to function like a MNC (multi-national company) in terms of institutionalising things, in terms of our process, our approach, risk management and all that. We need to kick it up a level,” Surina elaborates.

This is sparked by a bit of an internalisation – according to Surina, the agency has always prioritised the “outside” – a focus on delivering the mission. “We haven’t been as internal as we need to be,” she says. “We keep talking about skilling others – we also need to go on that path.”

The reinvention is also about embracing more of the “digital” aspect of “digital economy” themselves. "For all these talk about providing the knowhow, we now have to intentionally increase our systems as well. We talk about the importance of data-driven organisations – what’s going on with us?” Surina adds.

“We are going to be digitalising many of MDEC’s operations. It is for the long-term benefit of MDEC and our interest in leading the digital economy for the many.”

The message, ultimately, is for people to look forward at what’s to come. “Many exciting things will happen, and will continue to happen. Whenever changes happen, there will be positive progress,” Rais iterates.

“MDEC itself is reaching the milestone of 25 years. The digital economy landscape has changed – it has now reached across all divides and spectrum. Please be very excited with things going forward.”