MALAYSIA should follow the footsteps of countries like South Korea, Thailand and Vietnam and make social enterprises part of its national agenda, suggested an executive of the Malaysian Global Innovation & Creativity Centre (MaGIC).

“Social enterprises are not new around the world, though the concept is fairly new in Malaysia,” said MaGIC executive director of social entrepreneurship, Ehon Chan.

“We know that globally, three billion people are not participating in the economy, so imagine if we can create a system that is not capitalism, but perhaps a revised version of capitalism,” he added.

Chan argued that in order for Malaysia to achieve its goal of becoming a developed nation, it must first uplift those at the bottom of the pyramid by increasing their purchasing power.

“Malaysia is a country with lots of subsidies goods and if we can improve the lives of those at the bottom, they will be able to generate an income, spend and spur economic growth,” he said.

“With that, they won’t have to rely on subsidised products any longer,” he added.

Malaysia in fact took the first step in May 2015 when it released the Malaysian Social Enterprise Blueprint 2015-2018, a three-year strategic roadmap for developing a social enterprise ecosystem. Chan’s team at MaGIC is tasked with overseeing this effort.

“The world has seen tremendous growth over the last few decades but it has not been inclusive. Many people have been left out, and society as we know it cannot continue the way it has,” he said.

“We need growth but we must ensure that the growth is inclusive,” he added. Both men were speaking after a demo day which saw 23 startup finalists from Cohort 2 of the MaGIC Accelerator Programme (MAP) pitching their ideas to some 200 investors, partners and various stakeholders.

The homegrown startups were selected from over 400 applicants and participated in the four-month programme, which began in March 2016, with the aim of building solutions that address social or environmental issues affecting Malaysian communities.

“MaGIC introduced this accelerator programme because we need to build the ecosystem to support those who want to be social entrepreneurs, as well as to create successful ones that would inspire others to take up causes they believe in,” said Chan (pic above).

At the demo day at MaGIC’s campus in Cyberjaya on Aug 3, selected startups received RM30,000 (about US$7,400 at current rates) from MaGIC to pilot their ideas, and some received additional funding from investors in the audience.

“I am proud to see how well these startups evolved over the course of four months. I recall many of them walked through our doors on the first day with nothing more than ideas written on pieces of paper,” Chan said.

“Many of them came into the programme with no legal entity, structure or even bank accounts.

“Today, I’m glad to see that they are all registered legal entities and a few of them are ready to talk to the investors that we have invited,” he added.

One such social enterprise was The Picha Project, which provides a platform for marginalised groups to cater food to the public, allowing such communities to become more self-sustainable.

Another was Loo Urban Farm, a social enterprise from the northern Malaysian state of Penang that focuses on sustainable vertical urban farming to reduce the carbon footprint and minimise the use of farm land.

Selangor-based Seven Tea One is a fair-trade tea company that aims to empower farmers and underprivileged communities by incentivising rural and urban farmers.

“Charisma is a key quality all social entrepreneurs need to have. They must be as comfortable pitching their idea in the boardroom as they are communicating to underprivileged individuals on the streets,” he said.

“Being resourceful is another important quality. The smart ones are able to get results in just a few hours by using their connections in creative ways and finding shortcuts to get resources.

“Most importantly, a good social entrepreneur must be a good showman. The ones who are not convincing will not get any traction no matter how good their idea is,” he cautioned.

The social enterprise team at MaGIC has already begun planning for the accelerator programme’s third cohort which will commence in mid-August.

“We are quite excited to embark on the next cohort. In fact, we are still getting applications despite the cut-off date [having passed],” said Chan.

“This gives me hope that there are still lots of Malaysians out there who want to do good,” he added. 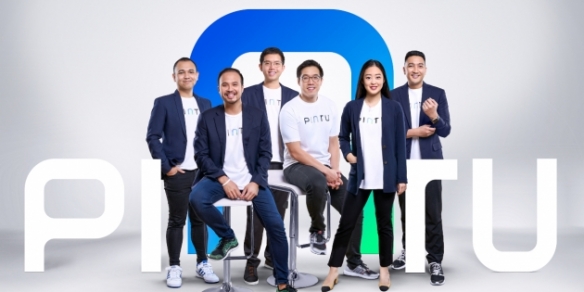