The aim is to empower the Malaysian social enterprise sector to be self-sustaining, equitable and people-centric, and to create more impact-driven entrepreneurs by the year 2018.

“The role of social entrepreneurship in promoting sustainable and equitable economic growth has been a focus of many governments around the world,” Najib said in the foreword of the blueprint, which was unveiled at the Cyberjaya headquarters of the Malaysian Global Innovation and Creativity Centre (MaGIC).

“The Government recognises the potential of social entrepreneurship in not only addressing our country’s pressing, issues but in also redefining how business should work in order to achieve a people-centric economy,” he added.

MaGIC set up a Social Entrepreneurship unit (MaGIC SE) as a result of a RM20-million (US$5.6-million) fund announced by Najib in 2013.

The unit has been mandated to spearhead the growth of the nation’s social enterprise sector through a strategic and pragmatic approach, MaGIC said in a statement.

It is MaGIC SE’s role to build cross-sector partnerships which would tap into the strengths and resources of each sector. This would in turn spur growth of social entrepreneurship in Malaysia, it added.

Social enterprise is a new wave of enterprise that operates on a model that not only unleashes value through economic wealth creation, but also through creating beneficial impact to society and the environment.

The Blueprint outlines the strategic thrusts needed to accelerate the development of the social enterprise sector in Malaysia and identifies three main building blocks: Social enterprises and social entrepreneurs; the ecosystem itself; and institutions including public and private players.

It is hoped that these three strategic thrusts would in turn inspire the social enterprise movement, create an enabling ecosystem and affect systemic changes in the society, MaGIC said in its statement.

“The Blueprint describes the potential for social entrepreneurs in the development of our country,” said MaGIC chief executive officer Cheryl Yeoh.

“It is drawn as a guide to develop social entrepreneurship to contribute towards enhancing sustainable and equitable economic growth.

“In the months leading up to the launch, we engaged, discussed and debated with groups of ecosystem players and uncovered unique insights that have shaped the development of the blueprint,” she added.

MaGIC said it is also investing in selected social entrepreneurs and enterprises through funding for both pilot and growth stage.

Last year, through the Amplify awards programme, MaGIC SE made a commitment of RM500,000 (US$139,000) to five social enterprises to help them grow and scale up.

“The MaGIC SE team is working hard towards creating awareness and buy-in among stakeholders and up-skilling social enterprises through structured learning programmes to equip their businesses to be investment-ready.

“Although social entrepreneurship is relatively new in Malaysia, we are seeing trailblazers like Biji-Biji, The Truly Loving Company (TLC) and Dialogue in the Dark, which set the examples of how business can do good,” he added.

For more information on the Malaysian Social Entrepreneurship Blueprint 2015-2018, visit http://se.mymagic.my/en/publications/. For more on MaGIC SE, refer to http://www.mymagic.my/se/. 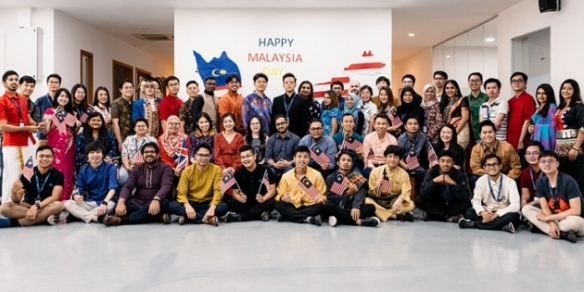