Jokowi: Digital economy vision is about helping the underprivileged THE country’s e-commerce and digital momentum should be directed at helping grow the economy in rural Indonesia, said President Joko ‘Jokowi’ Widodo (pic).

He urged businesses to help with this, while promising that his administration would pick up the pace in rolling out the many pending policies that would facilitate this.

“I really hope we can … empower farmers, fishermen, and small and medium businesses (SMBs) in all rural areas through e-commerce,” he said in his opening remarks at the Indonesia E-Commerce Summit and Exhibition in Tangerang, West Java, on April 27.

“We need to move now or we are going to be left behind, and I do not want this to happen,” he added.

The digital economy vision that Jokowi declared last November has always had a focus on SMBs, according to Andy Sjarif, founder of the Nurbaya Initiative which was established to help SMBs go online.

“As … one of the first steps in building a digital economy, e-commerce needs to be able to empower SMBs – it has to, there is no other way,” he said during a panel discussion at the summit.

“SMBs help Indonesia survive economic crises, they contribute to 58% of the country’s GDP (gross domestic product). If e-commerce cannot empower SMBs, then all these numbers will be for nothing,” he added.

According to Andy, what SMBs need is to have open access to digital technologies and to be able to market their products and services online.

He added that there was a need to nurture Indonesian startups that can provide solutions that would enable SMBs to do this.

Meanwhile Mira Tayyiban, the deputy assistant for economic competitiveness at the Coordinating Ministry for Economic Affairs, told the panel discussion that what Indonesia needs is a platform and a stimulant that can open up opportunities for everyone.

“Not only for people in cities, not only for the young and digital-savvy, but for every single person in the country who wants to move forward,” she said.

“That is why we are making the e-commerce sector an inclusive, nationwide movement,” she added.

Mira said that for e-commerce to be inclusive, the Government should not be the main driver – it can only put a roadmap together to guide all stakeholders in achieving this collective goal.

“What the e-commerce roadmap is trying to achieve is to facilitate and synchronise policies from different ministries and institutions in order for the sector to grow and serve its purpose: To boost the country’s economy,” she added.

Mira admitted that the many different digital initiatives at the ministerial level were all operating in silos.

“The Government is committed to working on this … to make sure that these initiatives are not going to compete with each other, but rather complement each other,” she said. 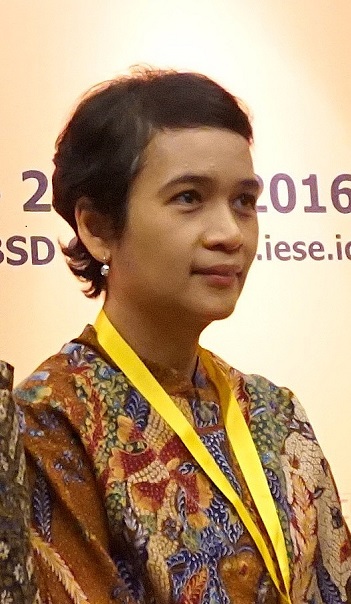 The progress of the national e-commerce roadmap the Government announced in January has been spotty, at best.

Led by the Coordinating Ministry of Economic Affairs, the formulation of the roadmap also involves seven other ministries and state institutions.

Mira (pic) admitted that the process was taking longer than expected, but this was mainly due to its mandate that “once announced, it must be ready to be implemented immediately.”

“Now the President has urged us to move quickly – I believe we will be able to quickly finish the roadmap,” she added.

Speaking to Digital News Asia (DNA) on the sidelines of the summit, Mira said that right now her ministry is waiting for one more institution to complete its action plan.

The other ministries and institutions will only need to prepare action plans after the e-commerce roadmap has been approved by Jokowi and ratified by the Government.

She predicted the process at the ministerial level will be finished by next week, and should be ratified by the end of the first half of the year.