MANY countries across the globe have put in place programmes and policies to drive or instil greater innovation within their economies, but do not seem to have recognised that innovation brings with it an element of destruction.

Just as importantly, they’re doing it in a manner that’s missing key elements such as independent thinking and that hint of rebellion required to drive real change – or at least, that’s what Swedish futurologist Magnus Lindkvist (pic above) argues.

“In Europe, we talk about this part of the world [Asia Pacific] as being the ‘future factory.’ This is where it’s happening.

“Well … this part of the world is beautiful, it’s growing, it’s more fresh and less of a museum than Europe – but there are fewer creatively challenging conversations.

“The cities look eerily similar. Every city has or wants its own Petronas Twin Towers, a monument to put it on the map, to show, to have Sean Connery come and make a movie,” he says, referring to the 1999 movie Entrapment starring Connery and Catherine Zeta-Jones.

“We’ve gone from about 10 cities like that, to more than 400 around the world. All that can be easily copied and replicated – German cars, traffic, big airports … anyone can do that. But what everyone cannot do is tell or teach their children to think independently and actually rebel,” he adds.

As an example, Malaysia itself has had its fair share of ‘innovation’ programmes. In the past few years, the current administration has established special agencies to drive this kind of transformation, such as the Malaysia Innovation Agency or Agensi Inovasi Malaysia (AIM) and the more recent PlaTCOM.

Prime Minister Najib Razak declared 2010 the ‘Year of Innovation’ and 2012 ‘The Year of Innovation Movement,’ and in that latter year, also launched the Genovasi initiative to develop 5,000 youths as ‘innovation ambassadors’ who would spur progress.

But there are certain key elements missing in such initiatives, argues Lindkvist, without referring to Malaysia specifically.

“There is less rebellion here [in Asia] … especially Singapore, which struck me as being very similar to Switzerland.

“Switzerland has a very ‘high quality of life,’ it’s always up there with Vancouver and Singapore. But they [these cities] have no pop stars. They [Vancouver] had Celine Dion. She may be a good singer, but she hardly pushed the musical envelope,” he says.

Lindkvist sees the kind of energy needed to drive change coming from cities like Berlin, “with that kind of punk rock, rebellious, destructive-creative mindset.

“First they had it in music, culture and arts; now they’re supplying it [this attitude] to companies,” he adds.

Although Lindkvist is pretty much a stranger to this part of the world, admitting that this was his first visit to either Malaysia or Singapore, he does see a glimmer of possibility in Malaysia for this kind of attitude that he says is needed for true innovation.

“We do see it in cliques – there’s a young startup movement here in Kuala Lumpur, but they’re usually below the radar. They don’t get invited to the fancy conferences, they don’t give speeches there; they’re hiding like the bohemians in Les Miserables.

“I’m not necessarily saying we should put them on podiums – counterculture should stay counter, otherwise it’s mainstream – but I would like to see more counterculture.

“That’s a dangerous opinion though,” he chuckles. Back from the future

Lindkvist was speaking to Digital News Asia (DNA) earlier in May after having delivered a keynote address at the ACCA Futures Conference in Kuala Lumpur, organised by the Association of Chartered Certified Accountants (ACCA).

The trendspotter and futurologist who specialises in forecasting what life, society and business might look like in the future, has published three books: Everything We Know Is Wrong: The Trendspotter’s Handbook; The Attack of The Unexpected: A Guide to Surprises and Uncertainty; and When The Future Begins: A Guide to Long-Term Thinking.

Everything We Know Is Wrong is described as a handbook for spotting invisible trends, i.e. the kind of changes that hide far beyond news headlines and trend reports. The Attack of The Unexpected is described as the antidote to trends; while When The Future Begins looks at how, why and when we think about the future and how we can do it better.

Lindkvist also founded Pattern Recognition AB in 2005 to help companies make sense of the future. Its long-term clients include Coca Cola, Lufthansa and the Stockholm School of Entrepreneurship. In 2008, he created the world’s first academically accredited course in trendspotting and ‘future-thinking.’

So, really: What the heck does a futurologist do anyway? No gazing into crystal balls, at any rate, but there are a number of ways the discipline or profession can be practised these days, according to Lindkvist.

The first would be by ‘looking at all the cool stuff coming our way.’ “You’re sort of saying that you’ve seen the future, that you’ve been there, and you’re bringing back artefacts,” he says. “I don’t do that, but I do listen to many good ones who do this, and I try to take in a little bit of that.

“The second thing you can do is of course to look beyond gadgets and technology, and look at what broad, long-term changes that we already see happening that may still be useful to know about … to give us a clue about what tomorrow might bring.

Lindkvist says that was what his talk at the ACCA Futures Conference was mainly about: What is the future? How does change happen? Where does change come from?

And he tries to draw the difference between competing and creating. “I give people some tangible, bring-back-home advice on how creation is spawned, based on a study I did looking at companies that have survived ‘shifts.’

“Not economic shifts because anyone can survive a recession, but technological and geopolitical shifts, like the soap manufacturer in Latvia which survived the fall of the Soviet Union … lots of different companies that have somehow survived these big, transitional shifts in the markets,” he adds.

The destructive art of innovation

While companies need to be innovative to survive such shifts, sometimes innovation itself may be the cause of these transitional shifts. It is an aspect that many governments beating the innovation drum seem to be oblivious to.

“Every country wants to have ‘innovation’ these days. We think that innovation is only good, it’s the magical fairy dust to sprinkle over the economy like spicing, but a big part of it [innovation] is actually quite destructive … at least in the short term,” he says.

It is also why he is sceptical about government-mandated innovation programmes.

“Innovation programmes … they don’t do innovation. They do scent-of-the-candles that they call innovation – some kind of feel-good, smell-good thing, where innovation is done by well-behaved people who want to boost the national economy. We have that in Sweden too,” he says.

But innovation is not merely disruptive, it can be destructive too and it makes a lot of enemies because it can turn the status quo on its head.

“But ultimately, they want to engineer reality in a different way. That kind of mindset makes a lot of enemies,” he adds.

This is what he means by the difference between competition and creation – with the competitive mindset, one seeks to do what’s already out there, but slightly better.

“The creative mindset is: What does the world out there need? What do I want to liberate?

“It’s always easier to play the fear drum than to try to find the symphony embedded in all the noise,” he adds.

The other reason that such government programmes are hard to sustain is because they do not involve actual long-term thinking, with Lindkvist pointing out that in a democracy, many politicians have only the next election in their sights.

Innovation takes time to fruit – the Roomba robotic vacuum cleaner took 18 years to move from patent to production, he notes.

“Politicians are not going to be interested in Roombas and so on, because it takes too long. They prefer short-term, often reactive, things.

“This is true in Sweden, it is true in most of Europe, and having read through the newspapers here [in Malaysia], it’s probably true here as well,” he adds.

Lindkvist acknowledges that not all politicians are like that, with exceptions to every rule, but adds that too many people opt for a competitive mindset when they talk about innovation.

“Creativity, creation … that brings enemies. What can we do that hasn’t been done before? What can we do to liberate people? Maybe we should not do it to give people what they say they want, but give them what they deserve, or should ask for,” he adds.

And speaking about governments, too many spend an inordinate amount of resources trying to control everything, including innovation.

“Every country in the world is trying to become, in essence, China – trying to silence certain voices for the sake of stability, or to avoid terrorism,” he says, adding that this is even happening in Sweden, which is gearing up for elections.

“I think it takes a lot more energy and resources to try and control things. What if we used those resources to create instead?” he says. 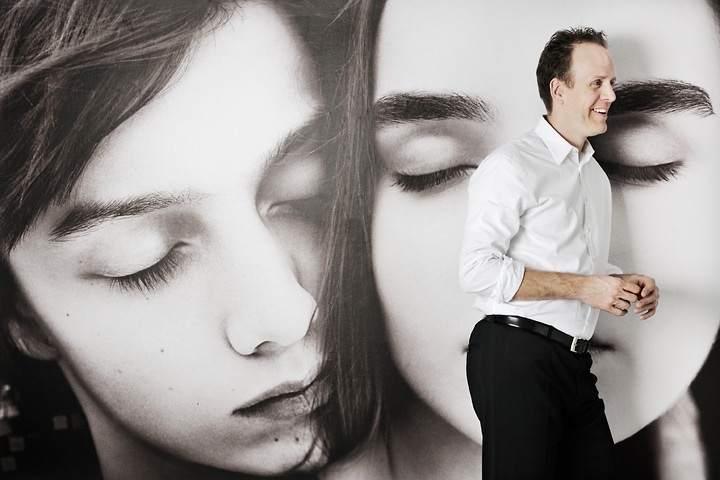 Lindkvist loves throwing these ‘thought-bites’ about, but he sees that as essentially his role as a futurologist and trendspotter. Indeed, he describes his practice as ‘intellectual acupuncture.’

“With a pill, we expect a quick and direct response – I have a headache, I take an aspirin, it’s gone.

“Acupuncture is not like that. Acupuncture is about stimulating or provoking certain parts of the body into helping themselves – helping certain muscles to relax, increasing blood-flow and so on.

“That’s what I try to do intellectually – I try to put little needles inside people’s heads to set their thinking differently, to prevent the inertia that sets in,” he says.

Lindkvist argues that successful people, and companies used to doing things a certain way for a long time, are generally set in their ways.

“You can’t just go in and say, ‘Here’s a pill, and you’ll think different and get results now.’ No. Let’s try acupuncture and see how it goes. I can do it again, if I see how you are still set in certain ways, and that’s a good metaphor for what I do,” he says.

Indeed, futurology is not about predicting the future or knowing exactly what the future is going to be like.

“How many private jets would I have if I could do that? And why should I share this knowledge with you?” he laughs.

With so much information available in the world today, and thanks to technology, with how all this information can be instantly dispersed across the world, the advantage of having information has disappeared. The edge now lies with thinking -- how you pack, parcel and use this information.

“I think the art of thinkmanship is what draws me into this field,” he adds.

Next: Gazing into the crystal ball … kind of