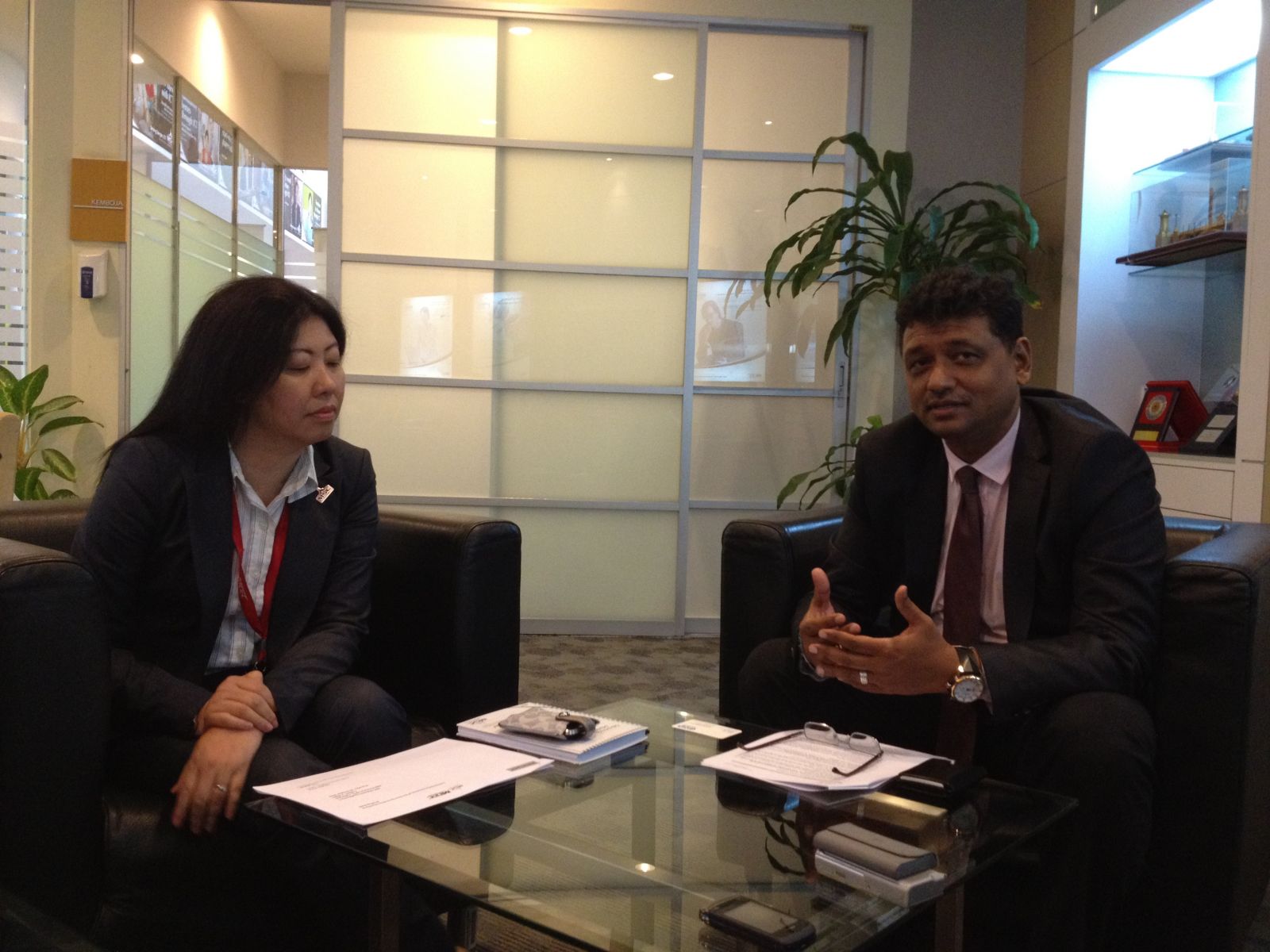 THE spotlight has been cast on persisting gaps within the ICT workforce with only eight more years left till 2020, the country’s self-appointed deadline for achieving the status of a developed nation.

However, the rapid evolution of the IT environment and industry has made it necessary to adapt current initiatives with the needs of a new reality.

With cloud computing and a mobile workforce now a reality, building talent into this new ecosystem is a challenge for many organizations.

“Cisco is fortunate to have its own pipelines to build talent but what we’re seeing from customers is that they are trying to implement networking or maintaining data centers, but are having difficulties getting the right skillsets,” said Yuri.

He said that companies may have someone with a general IT degree already on board, but talent with a focus on specific areas of expertise remains lacking.

Ng pointed out that the country has been successful in attracting jobs and investment.

“That’s the good news -- we have positioned Malaysia as a good place for companies to establish themselves and expand. But while we’re been aggressive in creating jobs, we also realized we do have gaps [when it comes to] experienced workers,” she said.

Citing the MSC Malaysia Talent Supply-Demand Study 2010-2013 report, Ng said that 90% of companies hired workers with at least one to five years of experience, with only 10% of companies hiring fresh graduates.

The study was conducted with over 1,000 companies and 133 faculties in institutes of higher learning, in addition to secondary research and consultation with industry experts.

“We do have a challenge there still; luckily we started our talent program early back in 2005, but are still not able to meet all demand where talent is concerned,” Ng said, adding that this is good news for individuals because they will always be in demand.

“But as a country, we have to seriously look into quickly up-skilling more people and moving them into demand hotspots. The worry is that if we don’t do something, that demand will far outstrip supply,” she added, pointing to the MyProCert and MyUniAlliance training and international certification programs as one of many ongoing intiatives which seeks to address this skill gap.

Ng said that with the unemployment rate at 2.9%, the country is enjoying what can be considered “full employment”; however the continued push with the creation of new jobs means there is now a need to tap into the latent workforce to meet demand.

She said that efforts are underway to more aggressively reach out to the pool of latent workers to rejoin the workforce, especially to highlight options such as flexi-work hours and remote working which are now available at many companies.

“They may not be able to be stationed at an office or commit to traditional work hours but the changes in today’s work environment can now cater for such needs, allowing them to rejoin the workforce to help resolve the supply gap,” she said.

According to the Talent Supply-Demand report, there is declining interest in ICT courses with a 16% decrease in new students and 11% decrease in graduates from 2008-2010.

“We can do with more graduates from engineering and ICT, that’s for sure,” Ng said.

In addition, the study also found that only 28% of companies which currently employ fresh graduates from local IHLs believe that they are of good quality, with the rest finding graduates to be of average quality (58%) and poor quality (14%). Current skill gaps highlighted by the study (click to enlarge chart) saw software development (42%) skills topping the list followed by database (23%) and networking & security (18%). To that end, institutions of higher learning must adapt their curricula accordingly with more emphasis on practical industry experience.

Ng said that current efforts included lobbying for universities to grant approval to allocate credit hours to the teaching of industry-set curriculum.

Industry players such as Cisco, said Ng, are more than willing to invest time and resources to helping academia with knowledge transfers and training.

Yuri noted that the Cisco Networking Academy has been established in Malaysia since 2001 and now works with over 50 institutions in the country in providing training and curriculum building.

“In addition, programs like our NetRiders challenge which tasks students with solving difficult real world problems is one, fun way of exposing students to the possibilities of a career in the field,” he said.

Wider use of IT

However, in addition to attracting more youth into ICT-related fields, there is also the need to equip graduates across all disciplines and fields with ICT skills.

“About five million Malaysians will be entering the workforce over the next few years and they need to be prepared to face the new work environment and go beyond being just casual users of technology,” said Ng.

She said to achieve that, there must be encouragement on the use of ICT as a tool with efforts to push for minimum hours of ICT in education, be it in the form of labs or practical training.

She added the focus is now on how to institutionalize IT use further in schools so it can benefit more young people, especially those from outside urban hotspots where parents may not be aware of or have no access to ICT.

“We have to improve on institutionalizing such training in schools from the start to avoid increasing the digital divide,” she said.

The need for organizations themselves to be able to cater to a new generation of workers is another part of the puzzle which must be addressed. Ng said that according to SME Corp Malaysia, only 35% of SMEs (small and medium enterprises) are using the Internet for their business.

“Many may not know what benefits leveraging on ICT could bring so we have an obligation to reach out and educate. And in the case where they are aware but are not adopting, we need to find out why and try to address it,” she said.

Yuri said that there is currently a disconnect between the younger workforce and companies.

“Studies have shown that a third of students will decide on a job offer based on whether they will have access to things like the Internet and Facebook. It’s a lifestyle choice and many would opt for the lower paying position over a higher one if the company doesn’t provide these options,” he said.