DEVELOPMENTS in information and communication technology enhance freedom of expression but come with potential threats to security, privacy, and intellectual property.

This is according to the recent 12th Informal ASEM (Asia-Europe) Seminar on Human Rights, which focused on human rights online, held in Seoul, South Korea.

The seminar was hosted by the South Korean government and co-organized by the Department of Foreign Affairs (DFA) of the Philippines, the French Ministry of Foreign Affairs, Sweden’s Raoul Wallenberg Institute, and the Asia-Europe Foundation (ASEF).

The DFA reported that Philippine ASEF governor, Ambassador Rosario G. Manalo, said in her opening remarks that the “linkages between human rights and ICT … can be developed and explored to further advance both.”

“While the issue of access to ICTs as a human right remains open to debate, what is certain though is that governments and businesses must work together to create a favorable environment and the conditions that will allow everyone to enjoy the benefits of ICT,” Manalo said.

While diverging views were expressed on such complex issues as the relationship between freedom of expression and the right to privacy online as well as intellectual property rights and the right to the cultural enjoyment of the Internet, participants agreed that there is a need to strike a balance between these seemingly opposed concepts in order to maximize the benefits of ICT while safeguarding human rights, the DFA said.

“Addressing the digital divide is of utmost importance if we are to succeed in bridging socio-economic inequalities between and within states and across sectors,” Manalo (pic) said. 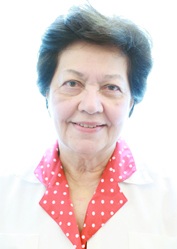 “A human rights-based approach to ensure that people have access to ICT appears to be the best way forward.”

According to DFA, more than 100 participants from Asia and Europe attended the seminar representing civil society organizations and government agencies in charge of human rights policies, ICT, individual privacy protection, copyright, and justice among others.

DFA said the informal ASEM Seminar on Human Rights is organized within the framework of the Asia-Europe Meeting, a dialogue process gathering 46 Asian and European countries, the Association of South-East Asian Nations (Asean) Secretariat, and the European Commission. The 13th edition of the seminar will be held next year in Europe.

As a co-organizer since 2011, the Philippines sits in the Steering Committee and contributes in the substantive and administrative preparations for the annual informal seminar, DFA said. – Newsbytes.ph